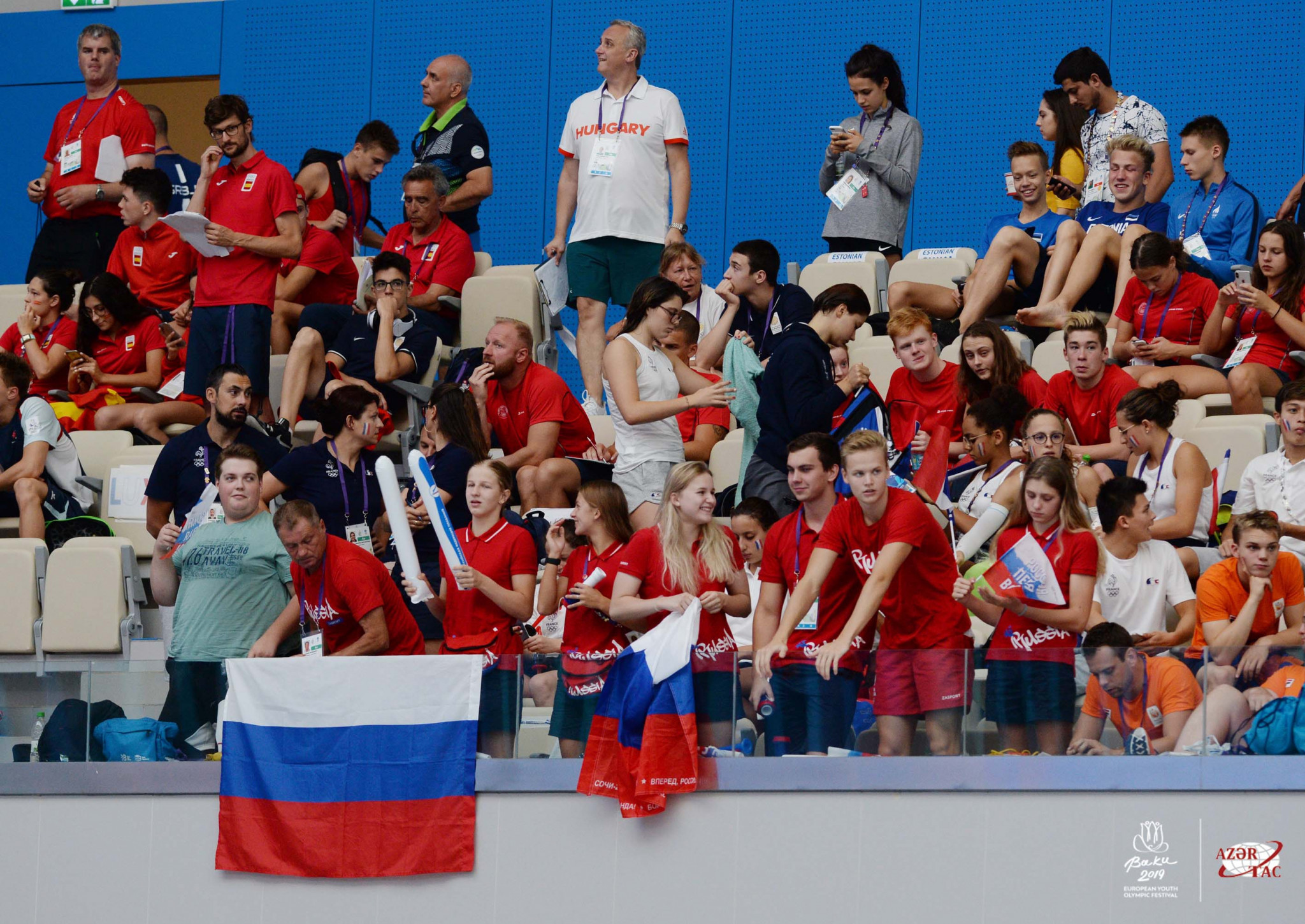 Russia took over from the host nation at the top of the Summer European Youth Olympic Festival medals table after the fourth day of competition in Azerbaijan's capital Baku today.

After a day of podium-topping finishes, Russia accrued a total of 13 gold, eight silver and 11 bronze medals.

Azerbaijan, whose wrestling heroics on Tuesday were followed by only one gold today, have eight gold, five silver, five bronze and Turkey six golds, four silvers and five bronzes.

One of Russia’s day-four golds came in the women’s artistic gymnastics team event in the National Gymnastics Arena, where they finished ahead of Romania, with bronze going to Britain.

Two others came on the third day of athletics at Tofiq Bahramov Stadium.

Germany won the girls' 800m thanks to Sophia Volkmer, who crossed the line in 2:05.62sec ahead of Valentina Rosamilia of Switzerland, who recorded 2:06.30, and Spain’s Lucia Pinnachio, who clocked 2:06.66.

In boys' judo at Heydar Aliyev Arena, Georgia’s Nika Bachiashvili won gold in the 50 kilograms category, with other titles going to Turkey’s Berat Bahadir in the 55kg class and home judoka Turan Bayramov in the 60kg category.

There were four Russian golds in today’s swimming events.

Romania’s David Popovici won the men’s 100m freestyle in 49.82, an EYOF record, ahead of Britain’s Jacob Whittle, who clocked 49.99, and Rasmus Nickelsen of Denmark, who recorded 50.22.