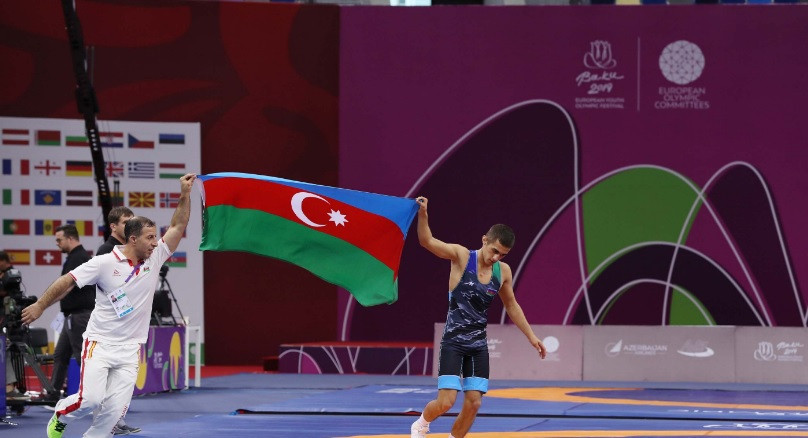 Hosts Azerbaijan continued their impressive showing in the wrestling events as action in the sport concluded at the Summer European Youth Olympic Festival in Baku.

Elmir Aliyev got the gold medal rush started for the host nation as he won the Greco-Roman 51 kilograms title with victory over Ukraine's Sanya Yakovlev in the final.

British swimmer Katie Shanahan sealed her second gold medal of this year's EYOF as she set a meeting record of 2min 11.20sec to win the 200 metres backstroke.

Erika Francesca Gaetani of Italy did enough for silver and Sudem Denizli of Turkey claimed bronze.

It got better for Estonia in the boys' race as Madis Mikhels clinched the gold medal in 13:10.19.

Dario Belletta of Italy took the silver medal, five seconds adrift of the victorious Estonian, and Konstantin Aladashvili of Russia came through to earn bronze.

The event, where around 3,600 athletes are competing in 10 sports, is due to continue tomorrow.