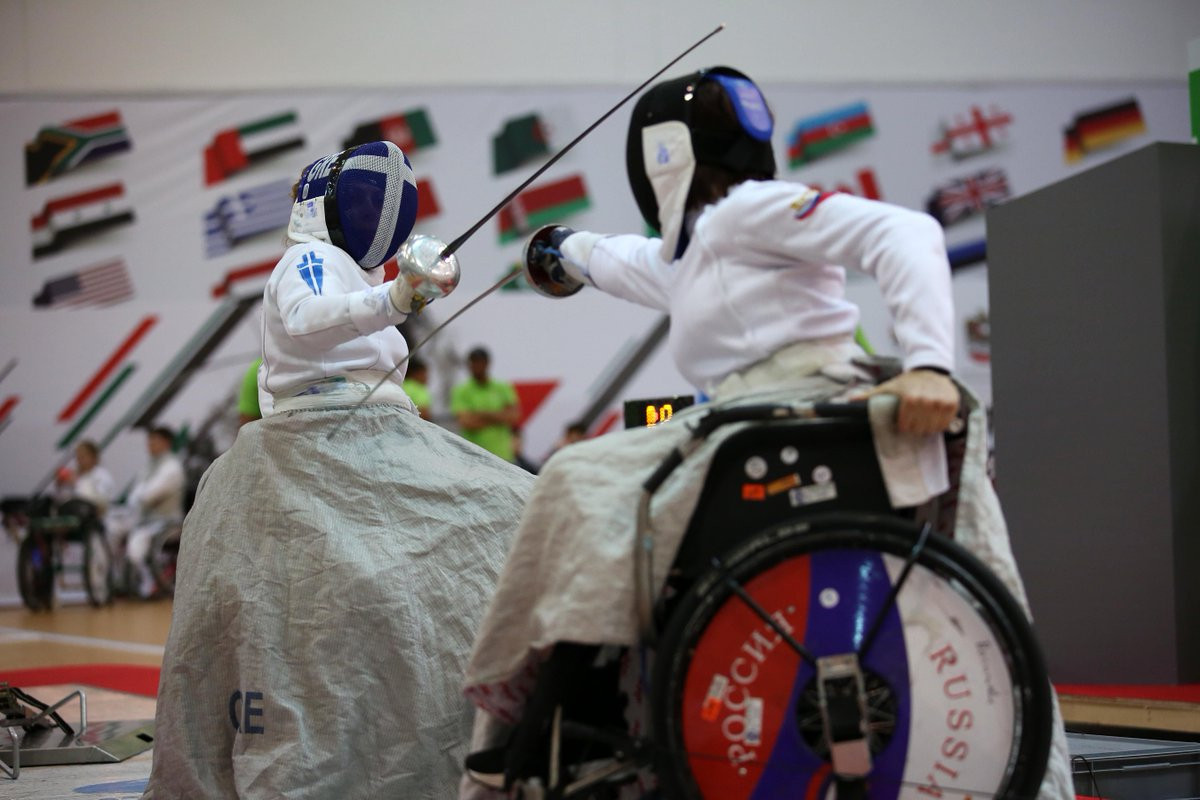 The men's épée category A bronze medallists were Great Britain’s Piers Gilliver, the Rio 2016 silver medallist who had triumphed at four out of his last five IWAS Wheelchair Fencing World Cups, and Russia’s Maxim Shaburov.

Rounding off the women's sabre category B podium were Ukraine’s Olena Fedota and Georgia’s Irma Khetsuriani, who had been hoping for an eighth IWAS Wheelchair Fencing World Cup title in a row.

Among today's other winners was Rio 2016 silver medallist Ammar Ali of Iraq after he overcame world champion Dimitri Coutya of Britain in the men's épée category B final.

📽 Reaction from Hungary's Amarilla Veres, the 🥇 medal winner in the women's sabre A, as she reflects and looks towards September's World Championships 🌍#Warsaw2019 pic.twitter.com/x8vZAgBNSt

There was also success for Hungary’s Amarilla Veres in the women's sabre category A event, beating China's Gu Haiyan in the final.

Action in Warsaw is due to continue tomorrow with the first of two days of team events.

The men's foil and women's épée competitions are scheduled.