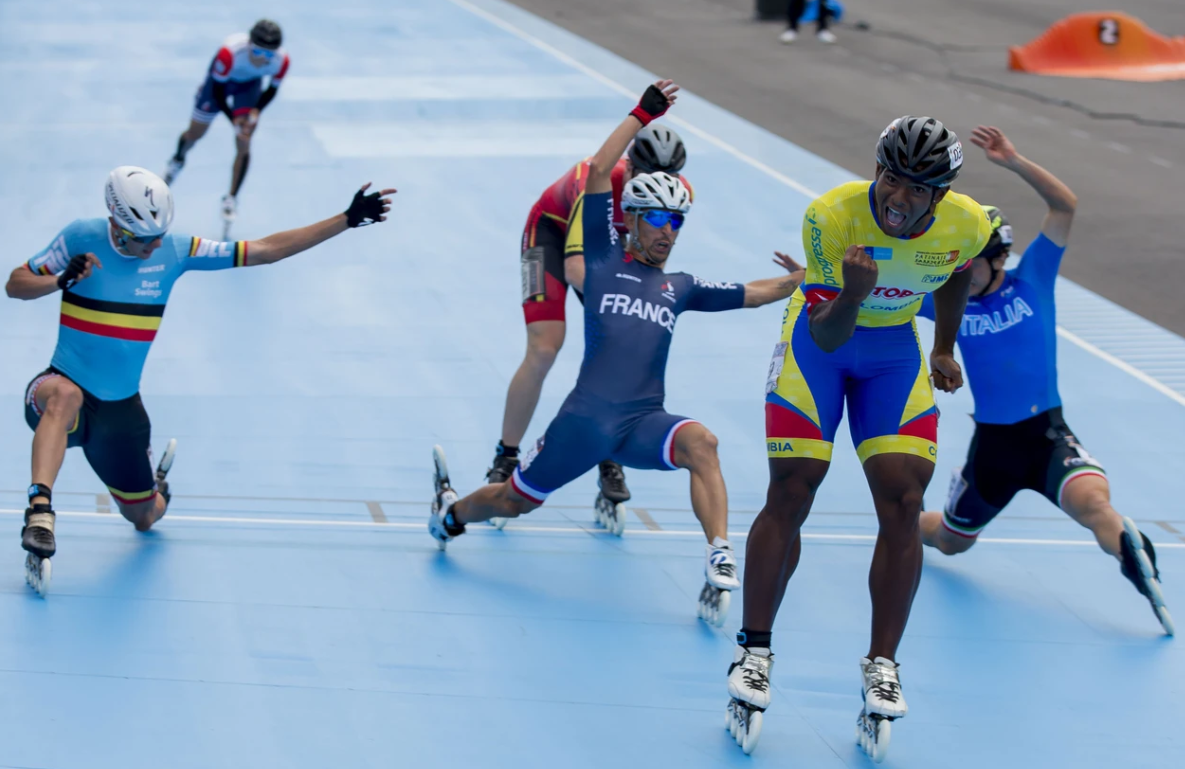 Colombia dominated the speed skating events at the World Roller Games in Barcelona as they claimed six senior gold medals.

Luz Karime Garzon triumphed for the South Americans in the women's 10,000 metres elimination which could not be held yesterday due to rain.

Alex Cujavante then ensured it was a long-distance double for the Colombians as he won the men's race in front of Belgium's Bart Swings, also a speed skater on the ice, and Italy's Daniel Niero.

Colombia also collected both 500m titles with the women's race going to Kerstinck Sarmiento, who finished in front of France's Pedronno Mathilde and Yue-Chi Peng from Chinese Taipei.

In the women's 1,000m María José Oporto came out on top for Colombia with the country also winning the women's 3,000m relay and two junior gold medals.

They swept up all of the medals available from the combined events with Moritz Doms clinching the men's gold.

Mona Sing won the women's event after adding to her three titles from the Nanjing 2017 World Roller Games.

Eight of the top nine men came from Germany as well as all of the women's top six as the discipline took on a one-sided feel.

There were golds for Italy in the artistic solo dance as Silvia Stibilj and Daniel Morandin both earned their fifth world titles.

Morandin's win came with a score of 138.31 points as he beat compatriot Mattia Qualizza.

In rink hockey, the quarter-final line-ups in the men's and women's tournaments have started to take shape at the CEM Isaac Gálvez of Vilanova i la Geltrú.

Chile will play France in the men's tournament while Portugal will face Italy.

Group A winners and hosts Spain will collide with either Colombia or Switzerland and Group B winners Argentina will meet either Angola or Mozambique.

Defending women's champions United States enjoyed a 204-27 win over China while Spain collected the biggest win of the day by beating India 359-2.

The American men beat Japan 173-9 with Spain winning 91-32 against Australia.