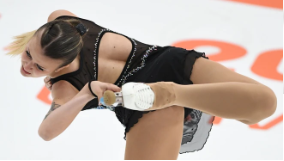 Italy's Chiara Censori was among the winners on the opening day of the World Roller Games (WRG) in Barcelona, taking home the senior women's artistic inline gold medal.

The United States were beaten in both finals, losing 5-2 to Czech Republic in the men's and 2-0 to Spain in the women's.

The men's bronze medal went to Spain, who defeated Canada 4-2.

Barcelona is hosting the second edition of the WRG.

It is the world's largest event comprising all the World Championship roller sports disciplines regulated by the International Federation, World Skate.