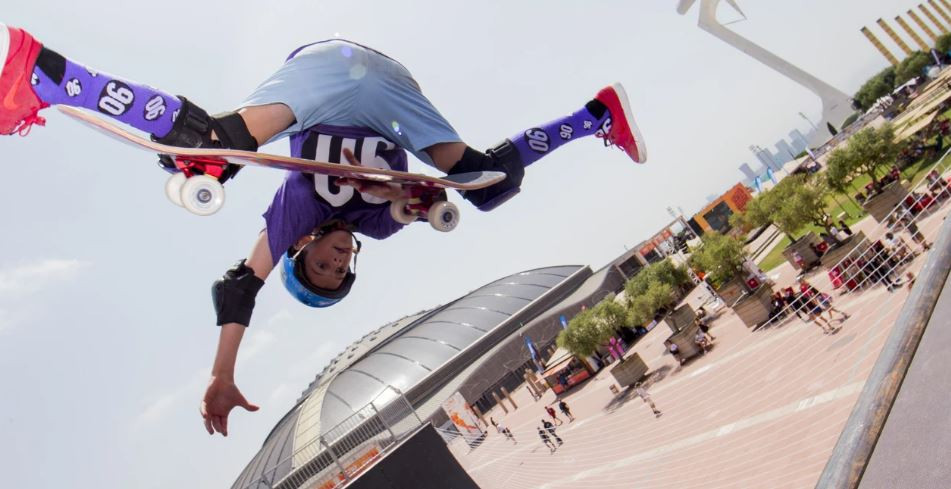 Pastrana totalled 50.20 points, with silver going to Australia’s Ruby Trew, who scored 47, and Germany’s Lilly Stoephasius, who finished on 45.80.

In downhill events, the street luge was won by Alexandre Cerri Machado of Brazil, who collected his second gold of the Games 24 hours after winning the street luge time trial.

Inline men’s cross gold went to Sylvain Behr of France and the women’s gold went to Claudia Massara of Italy, and the skateboarding time trial saw wins for home rider Óscar Rodríguez and Emily Pross of the United States.

The semi-final round of the Scooter World Championship at Palau Sant Jordi produced a huge shock as Britain’s three-times world champion Jordan Clark failed to qualify for tomorrow’s final.

The 20-year-old British rider, who has more than 400,000 followers on his Instagram account, could only finish 37th after a fall as the top 12 qualified.

Chris Farris of the United States was top qualifier with 92 points, ahead of Australians Angus Hughes, who scored 88.80, and Dane Forbes, who managed 86.80.

Behind the Briton were Australia’s Christopher Wellsmore, Roman Abrate of France and Japan’s Yuto Goto.

Spain’s rink hockey team won the under-19 world title with a 3-2 victory over Argentina after battling back from two goals down.

Portugal earned third place with a 4-1 defeat of Italy.

Tomorrow’s finale will see seven of the 11 disciplines that are part of the official programme holding competition finals.