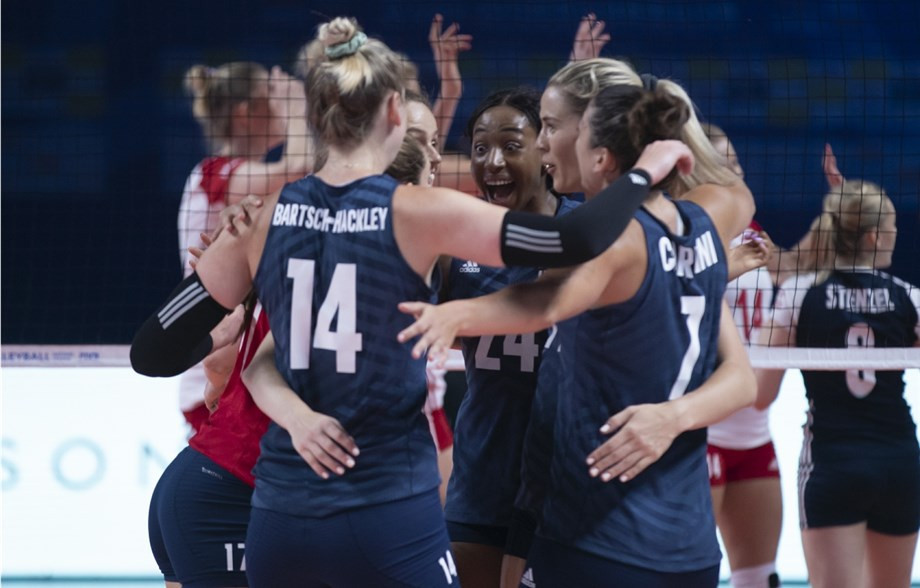 Olympic bronze medallists the United States began the defence of their International Volleyball Federation Women's Nations League title with a four-set victory over Poland on the opening day of the finals tournament in Nanjing.

Annie Drews led the scoring for the US as she finished with a game-high total of 25 points, while Kelsey Robinson chipped in with 19 in a clinical display from the American team.

Malwina Smarzek topped the scoring charts for Poland, competing in their first Nations League Finals, with 22.

The victory gives the US an ideal start as they seek to retain the title they secured last year.

In the other match played today, Turkey, finalists in 2018, upset Olympic champions China in four sets in Group A.

Turkey avenged the loss they suffered to the host nation in the preliminary stage by recording a 25-22, 25-19, 22-25, 25-22 against the team which ended the first phase of the tournament in top spot.

Turkey are back in action tomorrow when they entertain Italy, while Poland go up against Brazil.