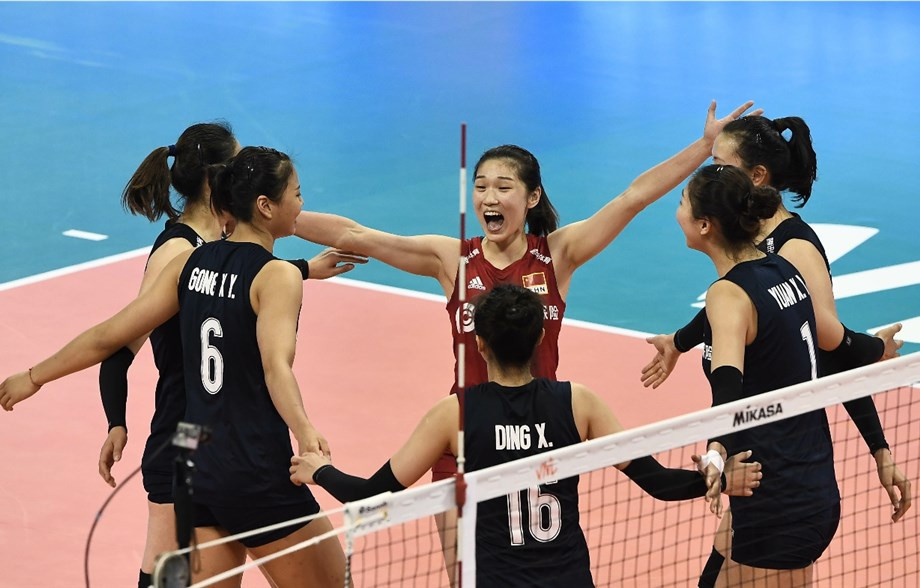 A 3-0 win over Serbia in their final preliminary round match meant Olympic champions China advance to the final round of the International Volleyball Federation (FIVB) Women’s Nations League as top qualifier.

China’s Pool 18 victory over the Rio 2016 silver medallists on the home ground of the Beilun Stadium in Ningbo in the fifth and final week of preliminary matches meant they finished with a record of 12 wins and three losses.

This was matched only by the United States, winners of the inaugural women’s title last year, who beat Thailand 3-0 in their final Pool 19 game at the Team Sports Palace in Yekaterinburg in Russia but had an inferior sets and points ratio to the Rio 2016 gold medallists.

Brazil finished third in the final qualifying table after losing 3-2 to the home team and 2018 silver medallists in their final Pool 17 match at the Başkent Volleyball Hall in Ankara.

At the other end of the table, Bulgaria’s fate - relegation - was sealed as they lost 3-0 to Germany in the first of the day’s matches in Ningbo and finished last of the 16 teams involved in a qualifying series that began on May 21.

Bulgaria will be replaced by the winners of the FIVB Challenger Cup.

These teams will travel to Nanjing for the Final Round of the #VNLWomen from July 3-7. Who are you rooting for?

Belgium had the ambivalent honour of finishing one place outside the six qualifiers for the final round due to start in Nanjing on July 3 as they earned a 3-2 win over Italy in their final Pool 17 game in Ankara.

The Netherlands won their final Pool 19 game 3-0 against hosts Russia in Yekaterinburg.

Poland, who sealed their progression to the final stages yesterday with a 3-2 win over the Dominican Republic, lost their final match in Pool 20 at Boryeong Gymnasium in the South Korean city of Boryeong, going down 3-1 to the hosts.

In the other Pool 20 match, the Dominican Republic beat Japan 3-2.

Poland took the sixth and last place on offer for finals qualification.

China, America and Brazil were followed in the final qualification rankings by Italy and Turkey.