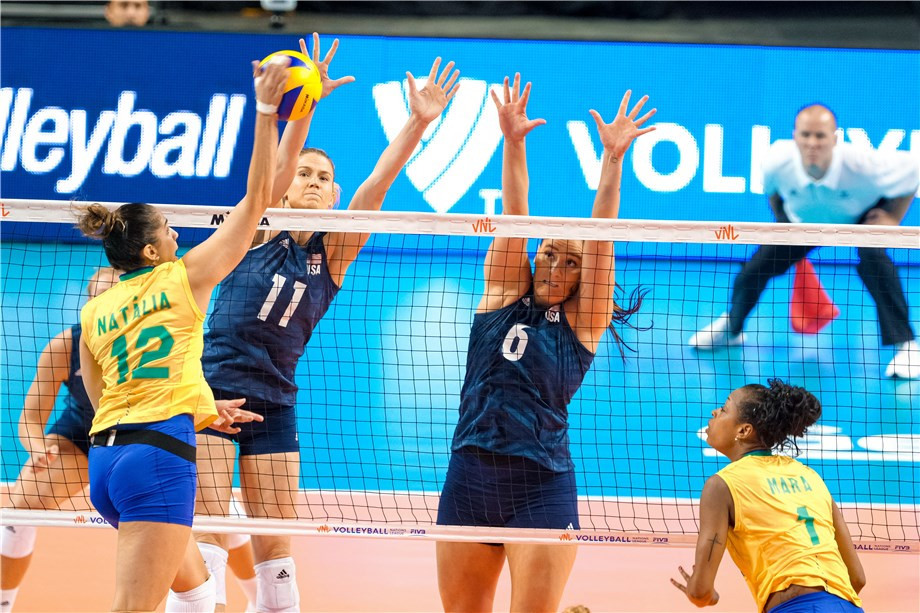 The United States will be out to retain their title when this year's International Volleyball Federation Women's Nations League concludes with the six-team finals set to begin in Nanjing tomorrow.

The US qualified for the season-ending finale in second place following the conclusion of the preliminary round stage last month.

The Olympic bronze medallists will line up in Group B alongside Brazil and Poland at the Nanjing Olympic Sports Center Gymnasium.

China, who topped the first round of the competition and were guaranteed a place at the finals tournament as hosts, take on Turkey and World Championships runners-up Italy in Group A.

The Olympic champions will be among the favourites to clinch the Nations League title in front of a home crowd.

#VNLWomen Top 5 Best Scorers Of The Preliminary Round.

Congrats to these athletes for their amazing performances after 5 weeks of intense and high level matches!#BePartOfTheGame & watch all #VNL matches on https://t.co/MtoUojsyzz pic.twitter.com/sRkiF3w97b

China won 12 of their 15 matches in the qualification stage to pip the US to first place and coach An Jiajie warned there was more to come from the home side.

"We are going to hope to show our best against strong opponents," said An.

"We have had injuries in the team during the course of the tournament, but we will do our best representing China’s great spirit."

The event is due to conclude on Sunday (July 7), when the second Women's Nations League champions will be crowned.