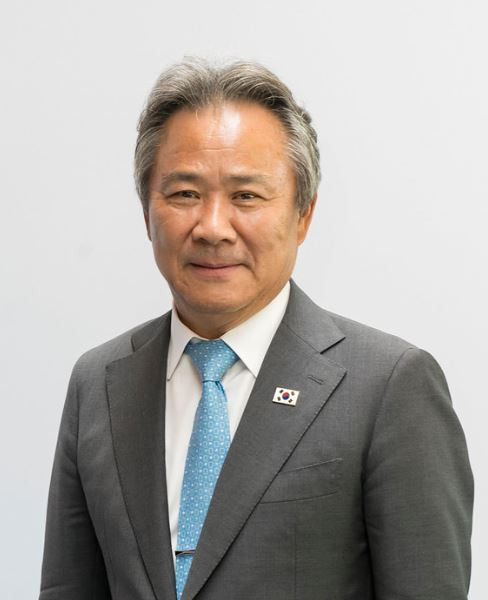 South Korea President Moon Jae-in said Lee Kee-heung could play a pivotal role in the future of the country's sport after his election as a member of the International Olympic Committee (IOC).

Korean Sport & Olympic Committee (KSOC) President Lee became an IOC member at the IOC Session in Lausanne on Wednesday and Moon described it as a "valuable outcome" for South Korea in a congratulatory Facebook message.

According to the Yonhap News Agency, Moon said: "Your shoulder will be heavier than any other time, but the Government will make efforts together.

"I believe you will play a bridge role well in the international community."

Moon added: "The two Olympics to be held in Asia are a good opportunity to complete the spirit of peace and reconciliation accomplished at the Pyeongchang Winter Olympics.

"South Korea also has a goal of playing host to the 2032 Olympics together with North Korea."

Lee was one of 10 new members elected during the IOC Session and he won 57 yes votes from the 62 possible, with just two abstentions.

Though Lee's IOC member term is for eight years, he will need to retain his position as KSOC President when his term expires in February 2021, to fulfil his eight years in office.

He was Chef de Mission for South Korea at the 2010 Asian Games in Guangzhou, China, and the 2012 London Olympics.