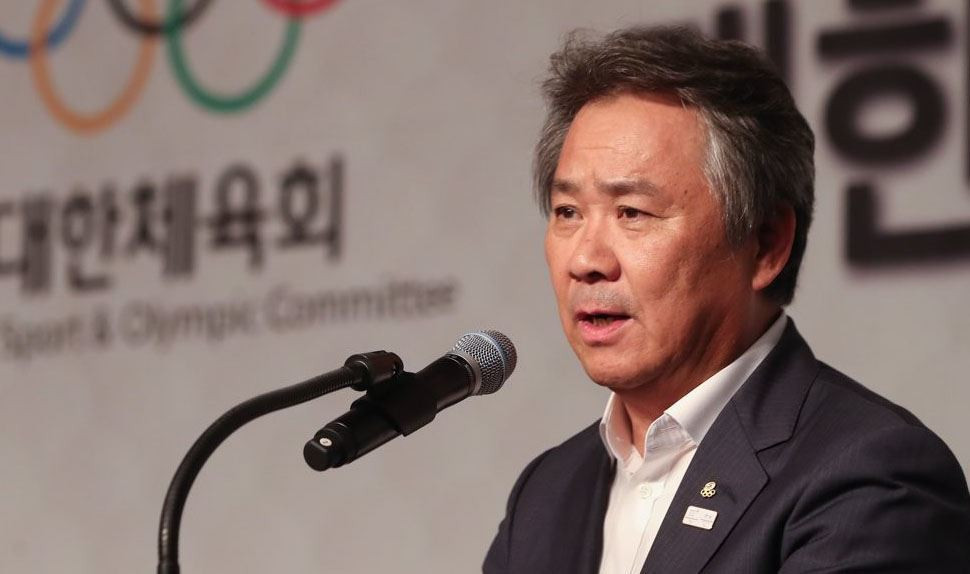 Korean Sport & Olympic Committee (KSOC) President Lee Kee-heung claimed he had no idea he was going to be nominated for membership of the International Olympic Committee (IOC) but promised he would use his new position to try to help foster relations with North Korea.

Lee was one of 10 names put forward for nomination by the IOC at its Executive Board meeting in Lausanne last week.

He still needs to be formally ratified by the full IOC Session during its meeting in the Swiss city between June 24 and 26, but this is expected to be a formality.

"I was notified by the IOC around 10pm Wednesday (May 22), and I had no idea I'd be nominated," the 64-year-old Lee told South Korean agency Yonhap News.

"If I am elected, I will work with other sports officials to help raise the profile of our country as a top-10 world sports power."

Following the success of North Korea's participation at last year's Winter Olympic Games in Pyeongchang, including marching together in the Opening Ceremony and competing as one team together with the South in women's ice hockey, there are hopes there can be even closer cooperation at Tokyo 2020.

The Koreas have also agreed to form joint teams in some sports during the qualifying stages for Tokyo 2020, in hope that they will be able to compete together for Olympic medals there.

"Including the joint march [at the Opening Ceremony] and unified Korean teams, I'll try to do everything possible to contribute to peace," Lee told Yonhap News.

Lee's nomination for IOC membership is linked to his position at the KSOC, meaning that if he loses his role or steps down he will also cease to be an IOC member.

He will take his place as an IOC member alongside former table tennis player, Ryu Seung-min, the 2004 Olympic champion who was elected to the Athletes' Commission for an eight-year term in 2016.

In 2005, faced with an IOC expulsion vote following his arrest in South Korea over bribery and embezzlement charges, Kim chose to resign.

Park, too, stepped down in 2007 to focus on his corporate matters.

Lee resigned his membership in August 2017, more than three years after a heart attack which led to him withdrawing from public life.

Lee has been President of the KSOC since 2016.

He stood down as head of the KSF shortly before being elected President of the KSOC following allegations at the governing body of bribery, embezzlement and fraud in national team member selection.

Lee was South Korea's Chef de Mission at the 2010 Asian Games in Guangzhou and the 2012 Olympics in London.

He also served as vice-president on the Organising Committees for both the 2014 Asian Games in Incheon and the 2018 Winter Olympics in Pyeongchang.

During Pyeongchang 2018, Lee was reportedly forced to apologise to volunteers after a "heated exchange" over seating at the Alpensia Cross-Country Centre.

According to KBS News, Lee reportedly ignored repeated requests to move from a seat he did not have the correct accreditation for.

Since Pyeongchang 2018, the KSOC has found itself facing complaints from several athletes that they have not done enough to help them in cases involving sexual and physical abuse from coaches and officials.