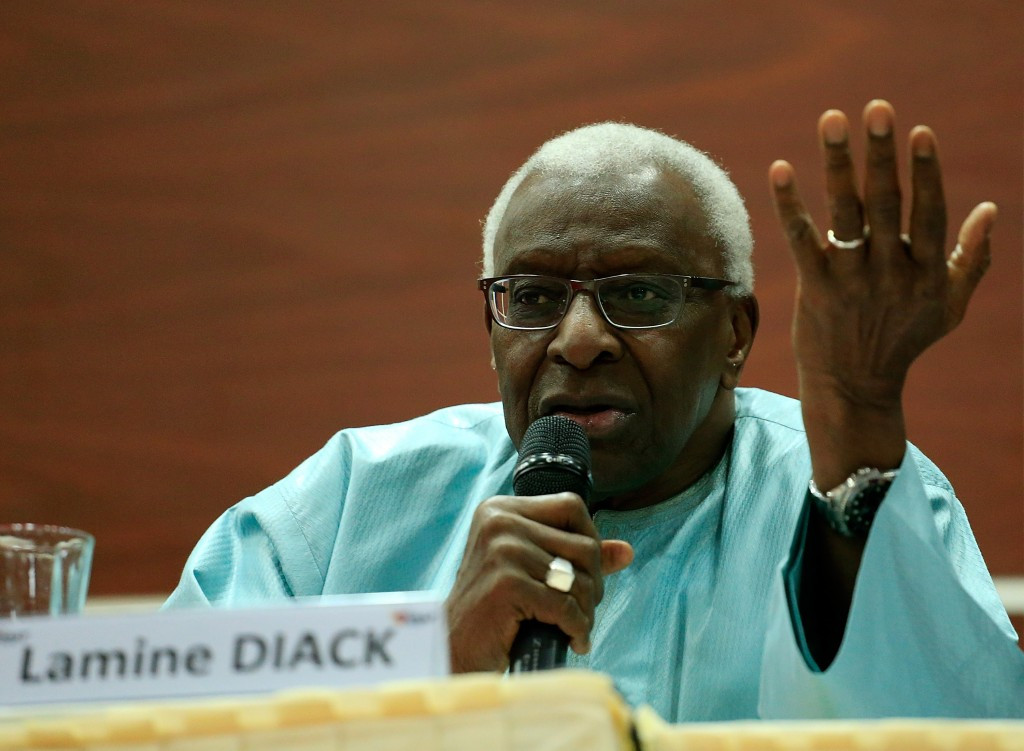 Former President of the International Association of Athletics Federations (IAAF) President Lamine Diack is to stand trial in France on charges of corruption, influence-trafficking and money laundering, it has been reported today.

His son Papa Massata Diack is also to be put on trial, although he has so far remained beyond the jurisdiction of the French authorities.

The news that the 86-year-old Diack, who has been under house arrest in Paris since being arrested in November 2015, is to face trial was reported by news agency Agence France-Presse (AFP).

If found guilty, Diack could be sentenced to more than 10 years in jail.

Papa Massata Diack, who has refused to leave Senegal, is set to face trial for complicity in corruption and money laundering.

His case could be heard in absentia.

Among the accusations set to be levelled against the Diacks is that they helped cover-up positive drugs tests involving Russian athletes in return for cash.

"The freeze in sanctions in exchange for financial kickbacks was negotiated by Lamine Diack with Valentin Balakhnichev, who was both president of the Russian Athletics Federation (ARAF) and IAAF Treasurer," three French judges led by Renaud Van Ruymbeke said in their order to trial, dated June 19, a copy of which AFP claimed to have seen.

Like Papa Massata Diack, Balakhnichev and Melnikov have so far refused to cooperate with the French investigation and have not been questioned.

It is unlikely they would return to France for a trial.

Diack was a member of the International Olympic Committee (IOC) between 1999 and 2013 but stood down as an honorary member in 2015 following his arrest in France.

News that he is to stand trial emerged as the IOC gathered here to pick a host city for the 2026 Winter Olympic and Paralympic Games.

The two candidates are Stockholm Åre in Sweden and Milan Cortina in Italy.