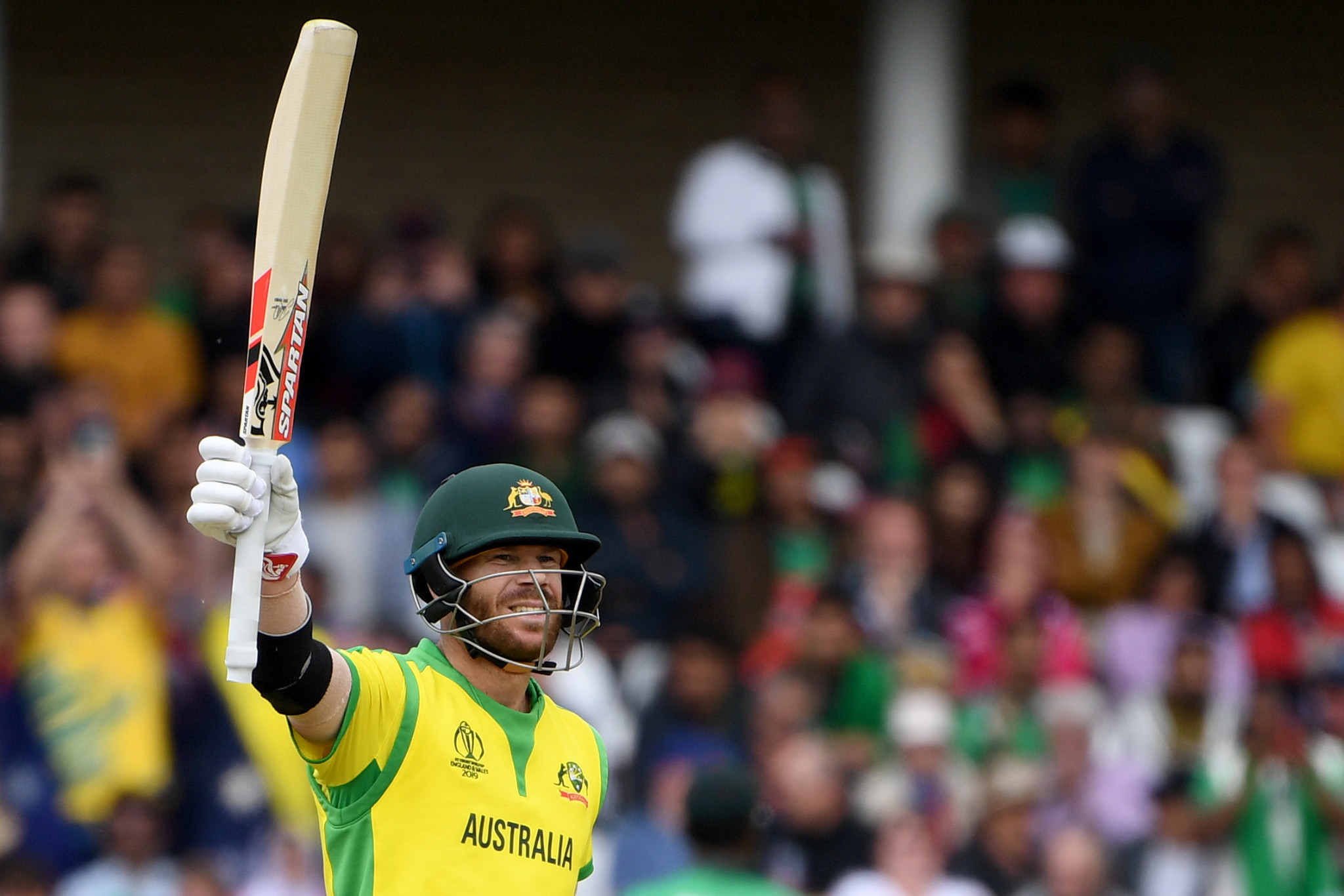 Australia took a huge step towards reaching the semi-finals of the International Cricket Council (ICC) World Cup after David Warner’s innings of 166 helped the defending champions to a 48-run win over Bangladesh at Trent Bridge in Nottingham.

Aaron Finch and Warner continued their excellent form as a partnership at the top of the order by putting on 121 for the first wicket.

The introduction of part-time seamer Soumya Sarkar saw to the removal of the Australia skipper for 53, but with Usman Khawaja as his batting colleague, Warner continued to motor along, bringing up his second century of the tournament off 110 balls – an impressive return after serving a year-long ban for ball tampering.

The opener seemed to go up a gear after reaching his ton, taking the attack to the bowlers as he went from 100 to 150 in just 29 balls.

Meanwhile, Khawaja continued to tick along nicely, getting to his own landmark of a first World Cup half-century from 50 balls.

Warner went on to reach the highest individual score of the tournament and while his stay ended in the 45th over, a blistering 10-ball 32 from Glenn Maxwell proved more than useful as the Australians finished on 381-5 – their second-highest World Cup score.

Mushfiqur led the fight for 🇧🇩 but the Aussies just had too much on the board, with Warner's century and good hands from Finch, Khawaja and Maxwell.

A mix-up between Sarkar and Tamim Iqbal, leading to the dismissal of the former, marked an early disruption to the Bangladesh run-chase.

Shakib Al Hasan arrived to steady the ship with Iqbal, but Marcus Stoinis - making his return from injury - struck in the 19th over to remove Bangladesh’s talismanic all-rounder.

The wickets of Iqbal and Liton Das followed but then began a comeback led by Mahmudullah and Mushfiqur Rahim.

The pair put on 127 for the fifth wicket and while Australia's bowlers held their nerve to help their side to their fifth win of the tournament, a century for Rahim was a moment to savour for the Bangladesh fans.

Table toppers Australia look likely to be joined in the semi-finals by hosts England, India and New Zealand, but fifth-placed Bangladesh will hope to capitalise on any slip-ups.

The ICC Men's World Cup is due to continue tomorrow when England face Sri Lanka at Headingley in Leeds.