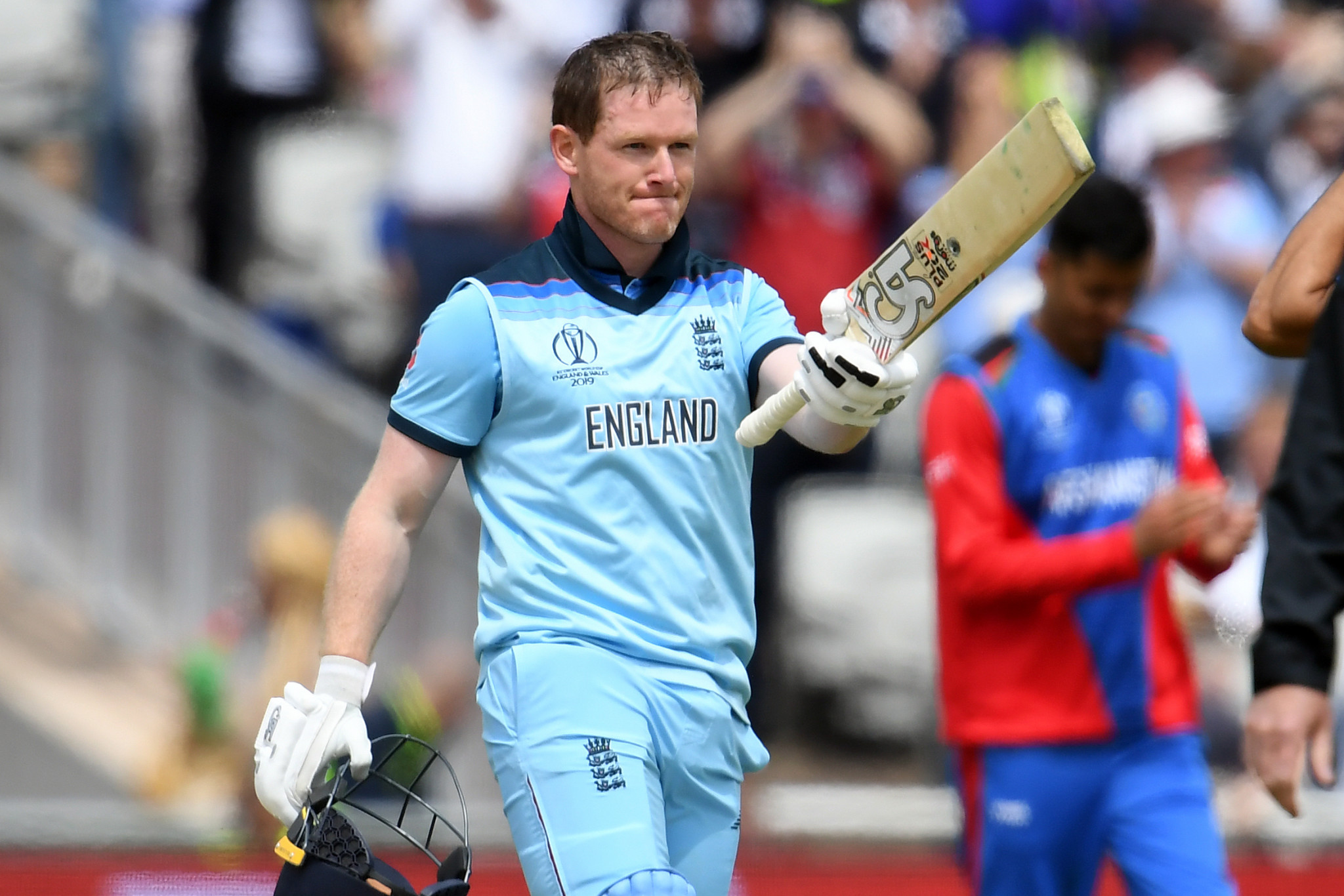 England smashes a series of records as they thrashed Afghanistan by 150 runs at the International Cricket Council World Cup to move top of the group standings.

Having won the toss and chosen to bat first at Old Trafford in Manchester, the hosts made their way to 397-6, their best score at a World Cup, while totalling 25 sixes – the most by any team in a one-day international (ODI).

Captain Eoin Morgan bludgeoned 17 of these on his way to a mighty 148 off 71 balls, the most sixes scored by a player in ODI history.

Morgan reached his century in 57 balls – the fastest by an England player in an ODI.

At the start of their innings, England opener James Vince – brought in for the injured Jason Roy – top edged Dawlat Zadran's delivery to Mujeeb Ur Rahman at fine leg for 26, but Jonny Bairstow and Joe Root restored control with a partnership of 120.

Bairstow made his way to 90 before being caught and bowled by Afghan captain Gulbadin Naib, while Root made his half-century from 52 balls.

Bairstow's wicket brought Morgan to the crease and suddenly the shackles were well and truly off.

Only just passed fit after a back spasm, Morgan was dropped on 28 by Zadran after the fielder got himself in a terrible position and could only palm over the rope.

It was one of several pieces of awful fielding by Afghanistan and certainly the most costly.

Morgan punished his error as he bashed the bowling into submission with his festival of sixes – the previous England record in World Cups had been five, and in any England ODI was Jos Buttler's 12 – and made the fourth-fastest century in tournament history.

Root provided excellent support with 88 from 82 before being caught at long on, while Moeen Ali – restored to the side in place of Liam Plunkett – provided a brilliant cameo of 31 from nine deliveries.

Afghanistan's bowling was left bedraggled, lead spinner Rashid Khan going for 110 off nine overs as the nadir, the most expensive World Cup figures ever.

Their batting response started abysmally with Noor Ali Zadran bowled for a duck by Jofra Archer, dragging on to his stumps.

Gulbadin was bumped up the order to open and offered resistance before falling for 37, top edging Mark Wood to Buttler, who took a good, high catch.

Hashmatullah Shahidi top scored with 76 before he too was bowled by Archer and eventually Afghanistan made 247-8.

England move above Australia at the top of the 10-team table, while Afghanistan are bottom having lost all five of their matches.