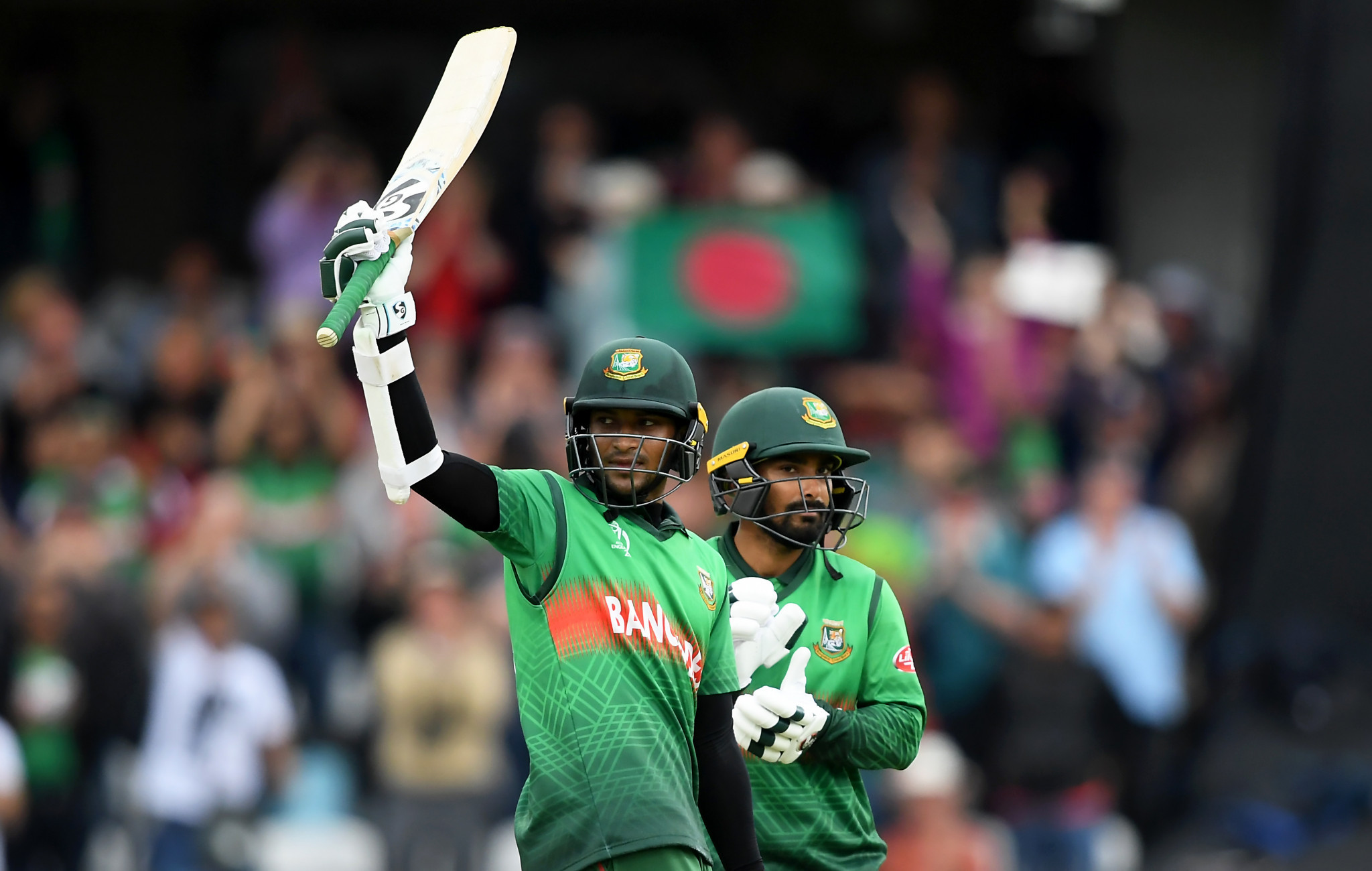 Bangladesh won the toss and put West Indies in to bat first, the Caribbean side responding with 321-8, their fourth-highest World Cup score.

This was in spite of opener Chris Gayle, so often the basis for huge West Indian totals, getting out for a 13-ball duck.

In his place, number three and wicketkeeper Shai Hope hit 96 in unusually measured fashion, from 121 balls, before holing out as he tried to reach three figures.

Captain Jason Holder smashed 33 from 15 and Nicholas Pooran added 25 from 30.

Bangladesh's bowling attack spread the wickets around, while they showed good composure in the field with five wickets taken from catches in the deep.

Chasing, Bangladesh opener Soumya Sarkar hit two sixes in a 52 partnership with Tamim Iqbal, before falling for 29 from 23.

The Asian side were going well on 121-1 until Tamim was brilliantly run out by bowler Sheldon Cottrell for 48.

The game appeared finely balanced but Shakib Al Hasan and Liton Das delivered an unbeaten partnership of 189 for the fourth wicket.

Shakib blasted 124 off 99 including 16 fours, while the recalled Das whacked four sixes amid his 94 off 69.

Bangladesh eventually reached 323-3 with ease – they had 8.3 overs to spare when the winning runs were struck.

It means Bangladesh are fifth in the 10-team table with two wins from five matches, while West Indies face an immense fight to make the final four having lost three of their five fixtures.