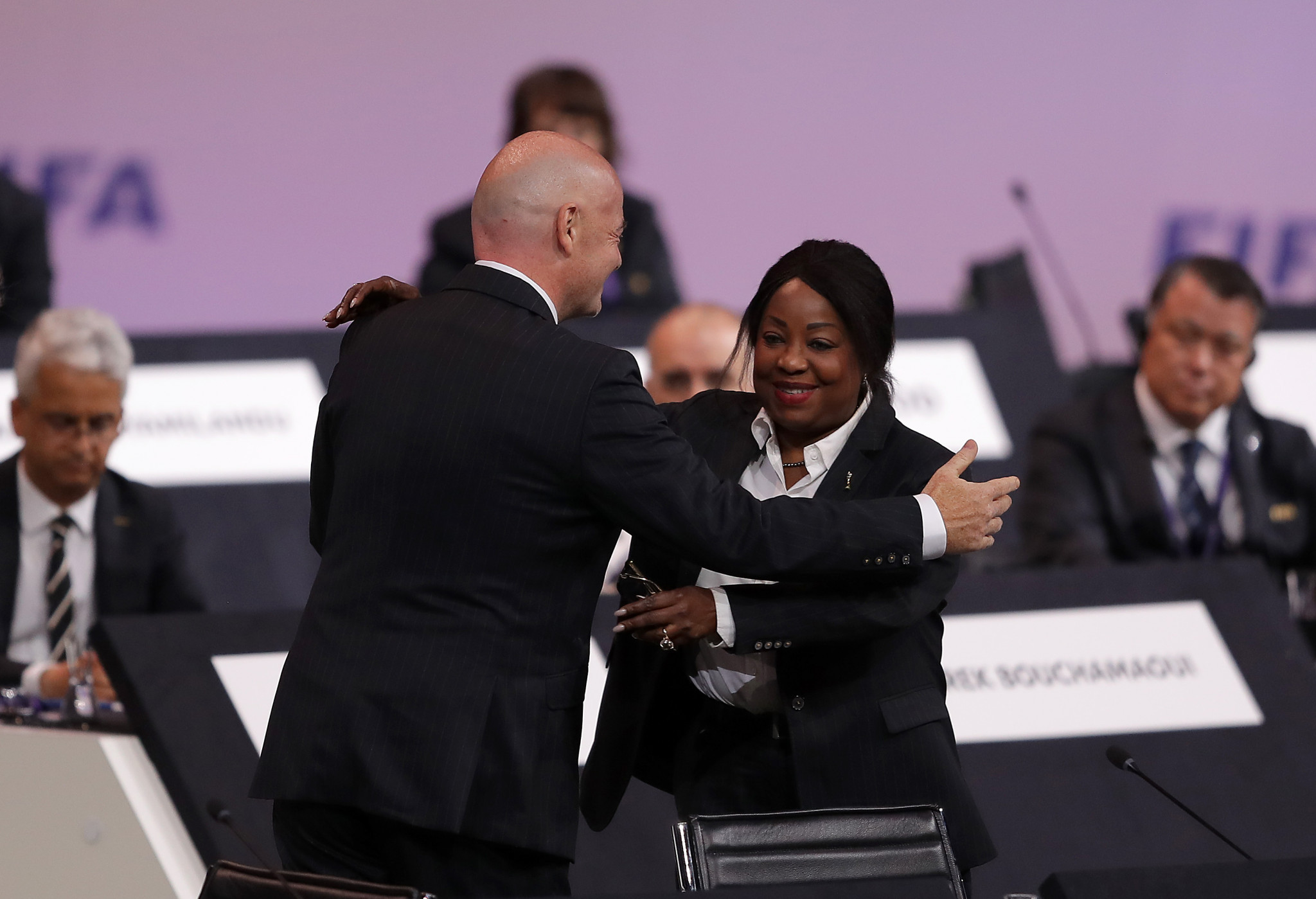 FIFA secretary general Fatma Samoura has been appointed to lead a group tasked with running the troubled Confederation of African Football (CAF) in the wake of corruption scandals at the continental body.

In an unprecedented move, FIFA has installed Samoura, who will remain secretary general, as "FIFA General Delegate for Africa" for an initial six-month period due to begin in August.

Samoura's team will be responsible for carrying out a "full forensic audit" of CAF, whose President Ahmad has been embroiled in allegations of wrongdoing and was arrested over corruption charges in Paris earlier this month.

The group of "experts" will also oversee the operational management of CAF, including its governance and administrative procedures.

According to a joint statement, the decision was taken after the CAF Executive Committee unanimously agreed to approach FIFA for help to rescue it from its current crisis.

CAF President Ahmad, who goes by one name and is a FIFA vice-president by virtue of his position at the helm of the African body, is currently being investigated by FIFA's Ethics Committee after allegations of corruption and sexual misconduct.

CAF sought FIFA's expertise "to assess the current situation in the African governing body and help to conclusively accelerate the implementation of the ongoing reform process destined to ensure that CAF functions with transparency, efficiency while abiding to the highest governance standards", a joint statement from the two bodies said.

The organisations have vowed to "bring stability, serenity, professionalism and effective football development on the African continent where the passion for football is so prevalent".

Samoura's remit could be extended beyond the initial six-month period.

The Senegalese official, appointed as the first female secretary general at world football's governing body in 2016, will continue in her FIFA role.

She will "delegate her functions within the FIFA administration in accordance with the relevant internal regulations", FIFA said.

The CAF has been embroiled in crisis in recent months because of the allegations against Ahmad, while its Executive Committee ordering a replay of the second leg of the CAF Champions League final between Esperance and Wydad Casablanca following controversy over the video assistant referee system.

The announcement of FIFA's intervention was made on the eve of the Africa Cup of Nations, due to begin in Cairo tomorrow.