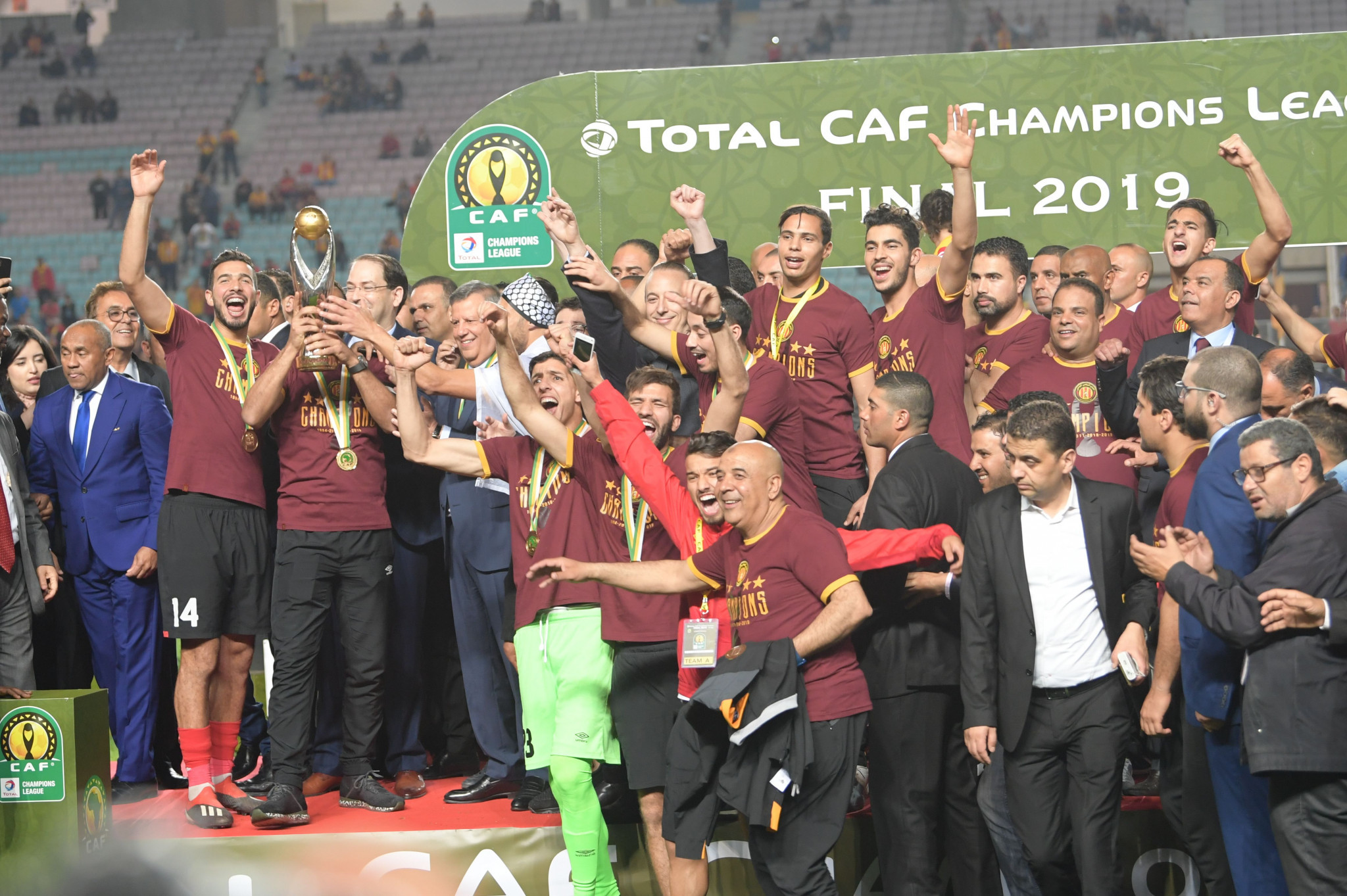 The Confederation of African Football (CAF) has called an emergency Executive Committee meeting after its Champions League final was abandoned due to a dispute regarding the video assistant referee (VAR) system.

The second leg of the final between Tunisian club Esperance and Wydad Casablanca descended into farce when the Moroccan side refused to play on as the VAR was unavailable to rule on their disallowed goal.

Play was delayed for 90 minutes before Gambian referee Bakary Gassama awarded the match and the Champions League title to Esperance.

Tunisian media reported the VAR system was unavailable but the players were not informed.

Wydad Casablanca were trailing 1-0 on the night and 2-1 on aggregate when the incident occurred.

Walid El Karti's header appeared to have brought the Moroccan team level before it was ruled out, prompting furious protests from the Wydad Casablanca players, who demanded the referee use VAR.

The game was halted while CAF President Ahmad discussed the situation with the officials for almost 30 minutes in an effort to get the match restarted.

It came amid chaotic scenes, where fans of the Tunisian hosts were seen throwing objects towards the Wydad Casablanca bench.

The players returned to their dressing rooms and, after a long delay, the referee abandoned the match and awarded the victory to Esperance, who retained their title.

The CAF Executive Committee will meet on Tuesday (June 4) to discuss the controversial incident, which has plunged African football into crisis.

It is the first time in the tournament's 55-year history that the final has not been completed.

Wydad Casablanca could face sanctions from the CAF, including a ban from competing in the Champions League.

The first leg of the final had also been mired in controversy after Egyptian referee Gehad Grisha, who officiated the match, was banned for six months by CAF for "poor performance" following several complaints from the Moroccan team.