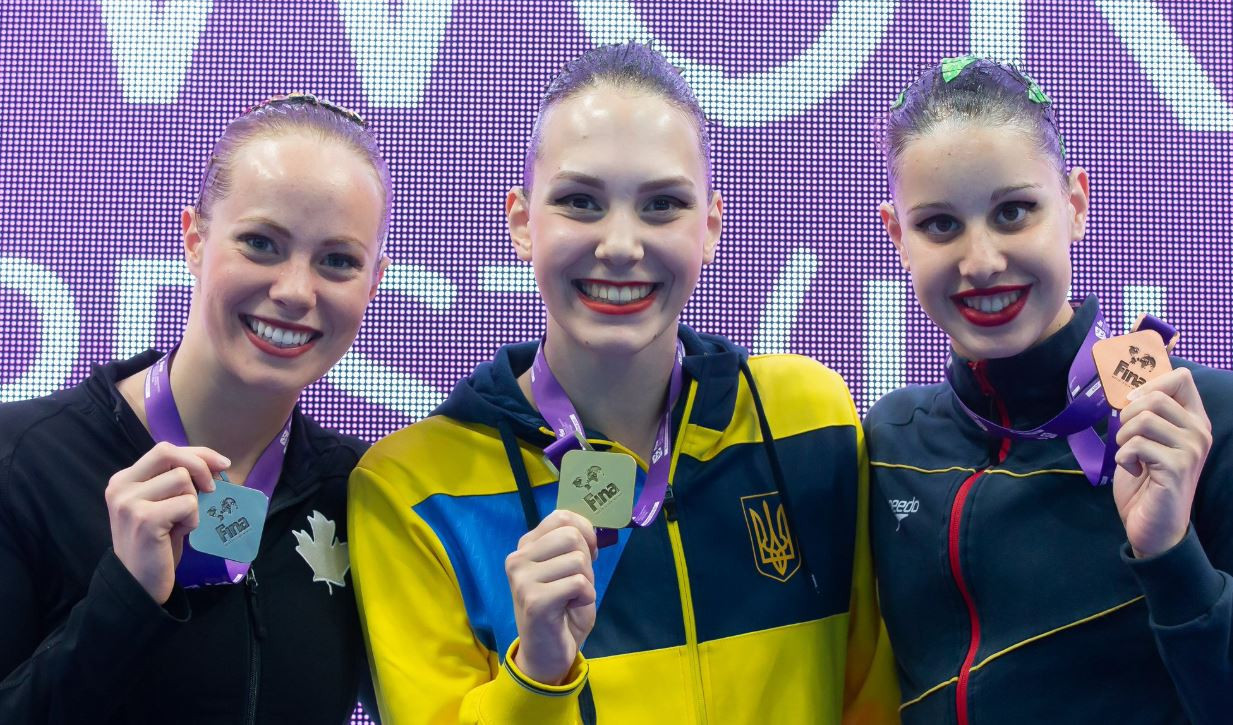 Marta Fiedina was dominant in the pool for a second consecutive day as she led Ukraine to three gold medals from the four available at the International Swimming Federation Artistic Swimming World Series Super Finals in Budapest, Hungary.

Yesterday, the diminutive Fiedina claimed duet technical gold alongside Anastasiya Savchuk and the duo made a winning return to Duna Arena, sealing victory in the duet free contest.

The Ukrainian pairing were three points clear of Italians Linda Cerutti and Costanza Ferro as their routine saw them top the podium with 93.900 points.

Cerutti and Ferro scored 90.8333 to edge out Spanish pair Ona Carbonell and Paula Ramirez for silver after the latter duo managed 90.4667.

Fiedina took gold in the solo free with 93.4667 points as she made up for yesterday's disappointment, when she had to settle for silver in the solo technical behind Carbonell.

Ukraine then claimed gold in the team free as they scored 94.2667 points.

Russian pair Mayya Gurbanberdieva and Aleksandr Maltsev secured a second gold of the meet when collecting top honours in the mixed duet free.