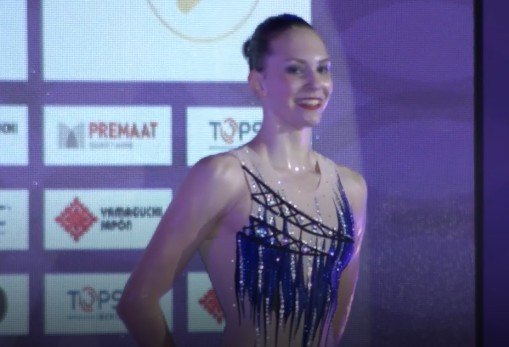 Ukraine were the dominant force on day two of the International Swimming Federation Artistic Swimming World Series in Barcelona as they won three gold medals.

Marta Fiedina won the free solo competition by an impressive margin of more than six points, while there were also golds in the team highlight and team free competitions.

Fiedina scored 91.7000 in the free solo to start Saturday at the Piscina Sant Jordi, well ahead of Mako Sawada of Japan on 85.6332.

Kate Shortman of Britain – having performed first out of all the contestants – scored 85.6000 to earn her second bronze of the meet.

There was plenty to celebrate for the home crowd, too, as Spain earned a silver and two bronze medals.

They finished second to Ukraine in the team highlight, with France third.

It was also the only contest where Ukraine did not triumph, as it was won by Mayya Gurbanberdieva and Aleksandr Maltsev of Russia.

Natalia Figueroa Vega and Bill May of USA took silver, ahead of the Spanish pair of Emma Garcia and Pau Ribes.

Ukraine ended the day on top in the team free however, with Japan and Spain completing the podium.