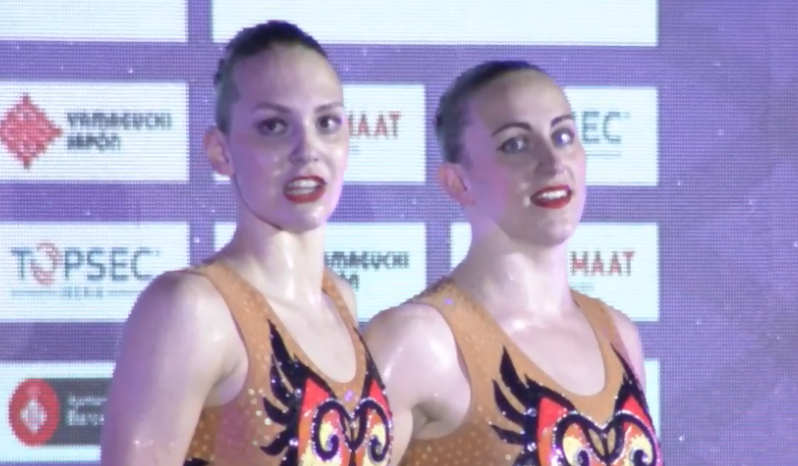 Russia and Ukraine picked up gold medals on the final day of competition at the FINA Artistic World Series in Barcelona.

There was also joy for the home support at Piscina Sant Jordi, with Spain earning medals in all three disciplines.

In the free duet competition, Marta Fiedina and Anastasiya Savchuk of Ukraine were triumphant with a score of 93.1000.

This edged out home favourites Ona Carbonell and Paula Ramirez Ibáñez of Spain and their total of 90.3000.

Charlotte Tremble and Laura Tremble of France won bronze with 87.6000.

Russia were triumphant in the mixed free duet, their pair of Artur Korshunov and Anna Gordeeva victorious in one of the few events to feature male participants.

The final event of the meet was the free team contests, which was won by Russia.

The 2019 World Series concludes in Budapest later this month.