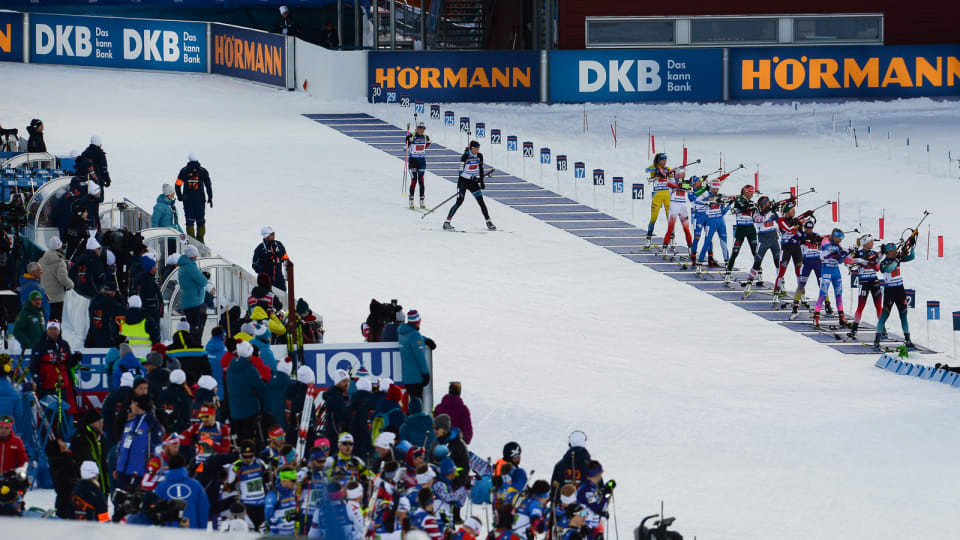 The International Biathlon Union (IBU) Executive Board has decided every athlete intending to participate at any of its events from next season will be required to provide a certificate confirming that they have completed an anti-doping education programme.

The decision comes more than a month after the IBU announced plans to establish an independent integrity unit to handle anti-doping and ethical procedures, following an external governance review of the world governing body.

The IBU External Review Commission (ERC) came about largely as a result of criminal investigations focused on doping, fraud and corruption against the organisation's former President Anders Besseberg, from Norway, and secretary general Nicole Resch, a German.

This included allegations made by the World Anti-Doping Agency (WADA) Intelligence and Investigations Department that Besseberg had covered up anti-doping rule violations by Russian biathletes with the assistance of Resch.

At its meeting in Frankfurt in Germany, the IBU Executive Board also received an interim report by the ERC, a further status update report by the IBU Independent Working Group on anti-doping as well as an update on the criteria follow-up regarding the reinstatement of the Russian Biathlon Union (RBU).

The RBU remains only a provisional member of the IBU due to the country's doping scandal.

It was handed 12 criteria it must meet in order to restore its status as a full member of the IBU.

The data has since been given to WADA for analysis.

Among the other decisions taken by the IBU Executive Board was that the 2021 World Championships in Pokljuka in Slovenia will take place from February 10 to 21, while the 2023 edition in German town Oberhof will be held from February 8 to 19.

The location of the 2019 IBU Extraordinary Congress was also confirmed with Munich set to play host from October 18 to 20.

The IBU Executive Board received updates on the major projects that will be discussed and reviewed at the Extraordinary Congress, such as the strategic plan, important elements of the new constitution and the integrity unit.

Additionally, a new approach to the season opening was approved with the first change to be made in the 2020-2021 and 2021-2022 seasons, when the actual opener will be held on a full weekend before the first World Cup.

There will be World Cup and Nations Cup points as well as prize money awarded with Kontiolahti in Finland staging the first event in 2020 from November 27 to 29 and in 2021 from November 26 to 28, prior to World Cup 1 in Östersund in Sweden.

"The decision to alter the season opening reflects our desire to ensure we establish a more modern and entertaining format," IBU President Olle Dahlin said.

"Since the World Cup events have been awarded up until 2022, the new calendars are a smaller update with minimal logistical implications.

"The exact competition programme for the season opening in these two years will be announced in autumn this year.

"Our aim is to kick-start the season with a full weekend of competitions aimed at having the best possible mix of athletes from all qualified nations, using the most thrilling and entertaining biathlon formats and guaranteeing a world class field competing."

The IBU Executive Board also approved the extension of prize money distribution from the top 15 athletes to the top 20 at all World Cup events and at the World Championships, starting from next winter.

The next IBU Executive Board meeting is due to be held in Znojmo in Czech Republic on July 13 and 14, 2019.