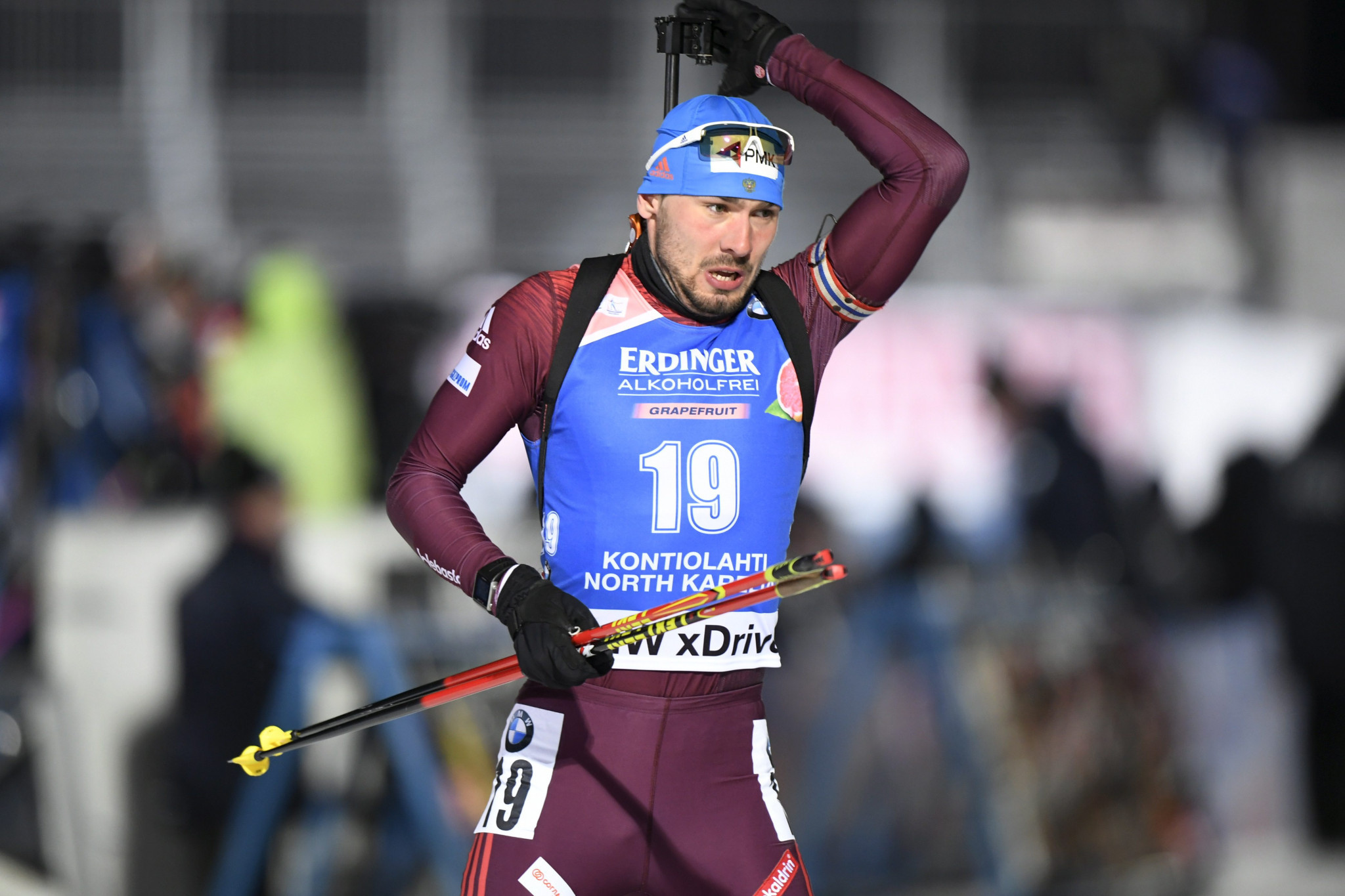 The Russian Ambassador to Austria has reportedly said that no evidence of doping by Russian biathletes was provided during a meeting with Austrian prosecutors, with the International Biathlon Union (IBU) saying they will take no action "at this time".

Austrian authorities said that enquiries are "based on fraud in connection with doping" as well as alleged "use of prohibited substances and/or methods for the purpose of doping" by the five team members.

However, following the meeting, Lyubinsky has told Russia's state news agency TASS that "no evidence was provided to prove that our athletes are guilty".

"The presumption of innocence is in force," a statement from the Russian Embassy added.

"There are no restrictions for freedom of movements for the team."

The IBU also said they had not received any information from Austrian prosecutors.

"The IBU Executive Board has discussed the notice given by the Austrian authorities with regard to their ongoing investigation into the Russian biathlon team this week," they said today.

"The Executive Board sees that no action is warranted at this time.

"In part, this is because the Austrian authorities have not provided any additional information to the IBU concerning the ongoing investigations beyond what was published.

"The IBU remains focused on working with the current Russian Biathlon Union (RBU) leadership on the fulfillment of criteria that will ensure the RBU has a more robust anti-doping programme in place."

The biathletes under investigation were interviewed by police on Wednesday (December 12) while in the country for the ongoing IBU Hochfilzen World Cup.

The next day, Loginov posted on Instagram saying the police had accused them of "fraudulent schemes" including blood transfusions.

None of the biathletes have been arrested, however, with the RBU saying they will continue to compete on the World Cup Circuit.

"The leadership of the Biathlon Union is closely monitoring the situation and is in constant contact with the national team coaching staff," they said.

The action is considered a continuation of the wider investigation taking place into the IBU, which began in April.

Austrian prosecutors began an investigation into possible doping, fraud and corruption, with the alleged wrongdoing claimed to have covered a period from 2012 until the 2017 World Championships in Hochfilzen.

The investigation saw the IBU's headquarters raided in April based on a tip-off by the World Anti-Doping Agency.

The case led to then IBU President Anders Besseberg and secretary general Nicole Resch stepping down from their positions.

It is anticipated that a police report will be published next month.

A separate external review of the allegations against Besseberg and Resch will also be carried out by English lawyer Jonathan Taylor.

This was commissioned by the IBU's new leadership last month.

Russian Anti-Doping Agency (RUSADA) director general Yury Ganus has warned that the action of the Austrian police must be based upon "concrete information".

He expressed concern over the potential implications for the RBU, which is only a provisional member of the IBU having been suspended due to the country's doping crisis.

"We are taking the situation seriously, police officers wouldn't be involved without reason," he said, according to Russian broadcaster RT.

"I do hope that the results of their investigation will not be as negative as everyone expects them to be.

"But judging by previous experience connected with the IBU, I may say that police officers do not come to the scene without a serious reason.

"Their actions are driven by concrete information they have.

"Let's wait and see what will happen next.

"I hope that the Russian Biathlon Union will not share the same destiny as the [suspended] Russian Athletics Federation."

A contrasting opinion was offered by the Russian Foreign Ministry, with their spokesperson Maria Zakharova claiming the Austrian police had created a "destabilising situation".

"During the night there was somewhat wild information from Austria detailing that representatives of the Austrian police visited the Russian training camp to hand over notifications regarding doping accusations against some of our leading athletes," Zakharova was quoted as saying by RT.

"I really don't understand what's going on in Europe and what traditions have started to emerge there to make a night raid on the Russian camp on the eve of important sports competitions.

"They created a strange, destabilising and depressing situation of threats while trying to explain something and hand over some notifications."