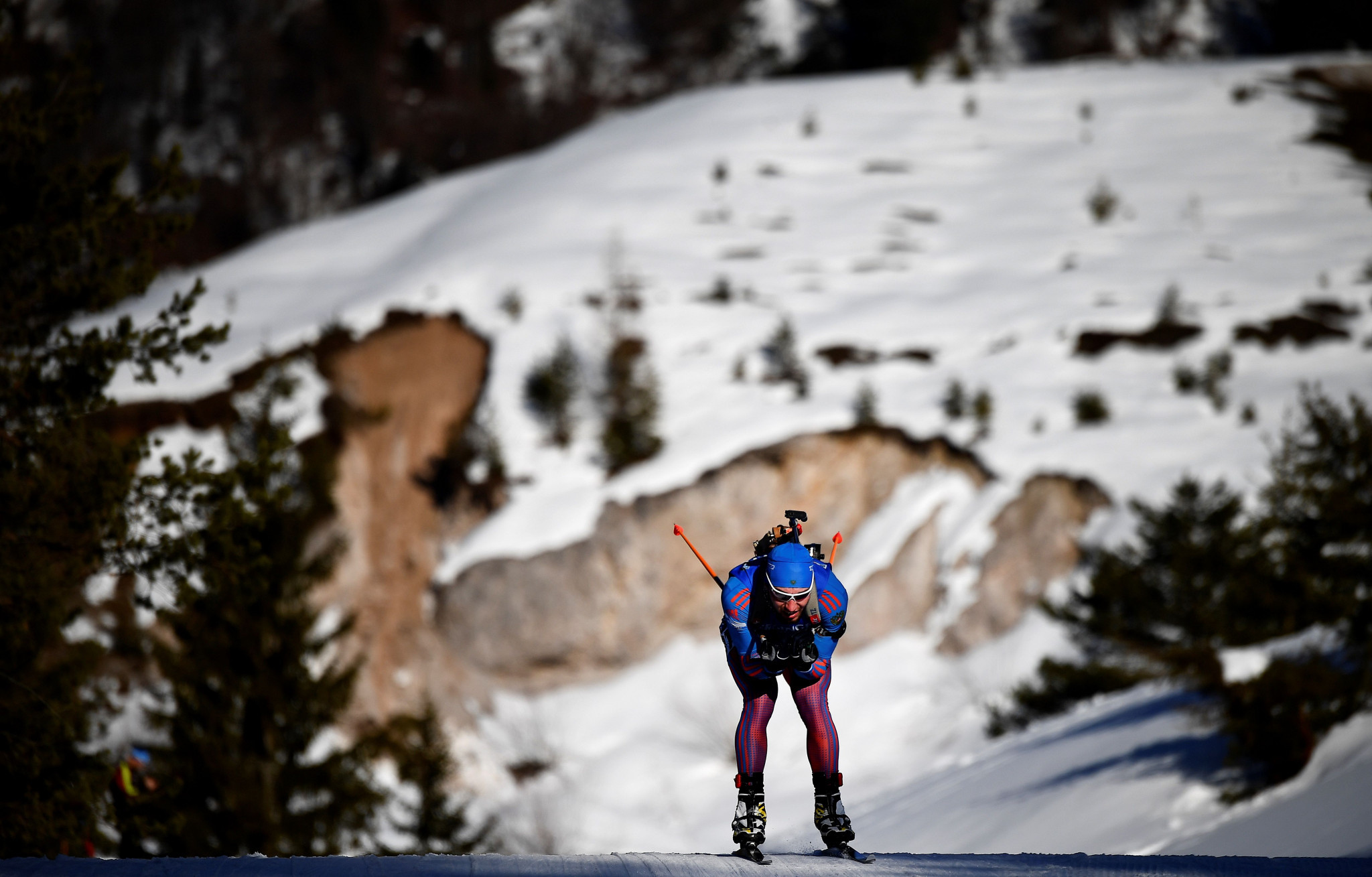 Austrian police have launched an investigation into five Russian biathletes and five team officials for anti-doping rule violations connected to last year's World Championships in Hochfilzen, it was announced today.

In a statement, the Central State Attorney for the Prosecution of Economic Offences and Corruption (WKSTA) confirmed the investigation into the five athletes is "based on fraud in connection with doping".

Austrian state authorities are also conducting a probe into the "use of prohibited substances and/or methods for the purpose of doping" by the five team members.

The WKTSA said those accused had been informed of the allegations but no searches or interrogations had taken place in Hochfilzen, where some of the Russian team are currently based for the International Biathlon Union (IBU) World Cup due to start today.

The athletes have not been banned from competing at the World Cup in Hochfilzen.

In a post on Instagram, Loginov claimed they have been accused of "some fraudulent schemes with blood transfusions and something else".

The Russian Biathlon Union, which remains a provisional member of the IBU following the country's doping scandal and was recently given a series of stringent criteria it needs to meet to be reinstated, said police had questioned those involved.

Austrian police are still investigating former IBU President Anders Besseberg and former secretary general Nicole Resch on suspicion of doping, fraud and corruption involving Russian athletes, with their report due to be published at some point next month.

"The period in question is the IBU Biathlon World Championships in Hochfilzen 2017," the WKSTA statement read.

"The accused persons have been handed out the information about these proceedings according to Austrian criminal process law.

"A raid or interrogations did not take place."

The announcement today comes after doping charges were officially brought by the IBU against four Russian athletes, two of them Olympic gold medallists.

The cases against the four athletes were filed with the IBU anti-doping hearing panel.

Among the four athletes subject to the ADHP proceedings is Evgeny Ustyugov, winner of the the Olympic 15 kilometres mass start event at Vancouver 2010 and the men's 4x7.5km relay at Sochi 2014.