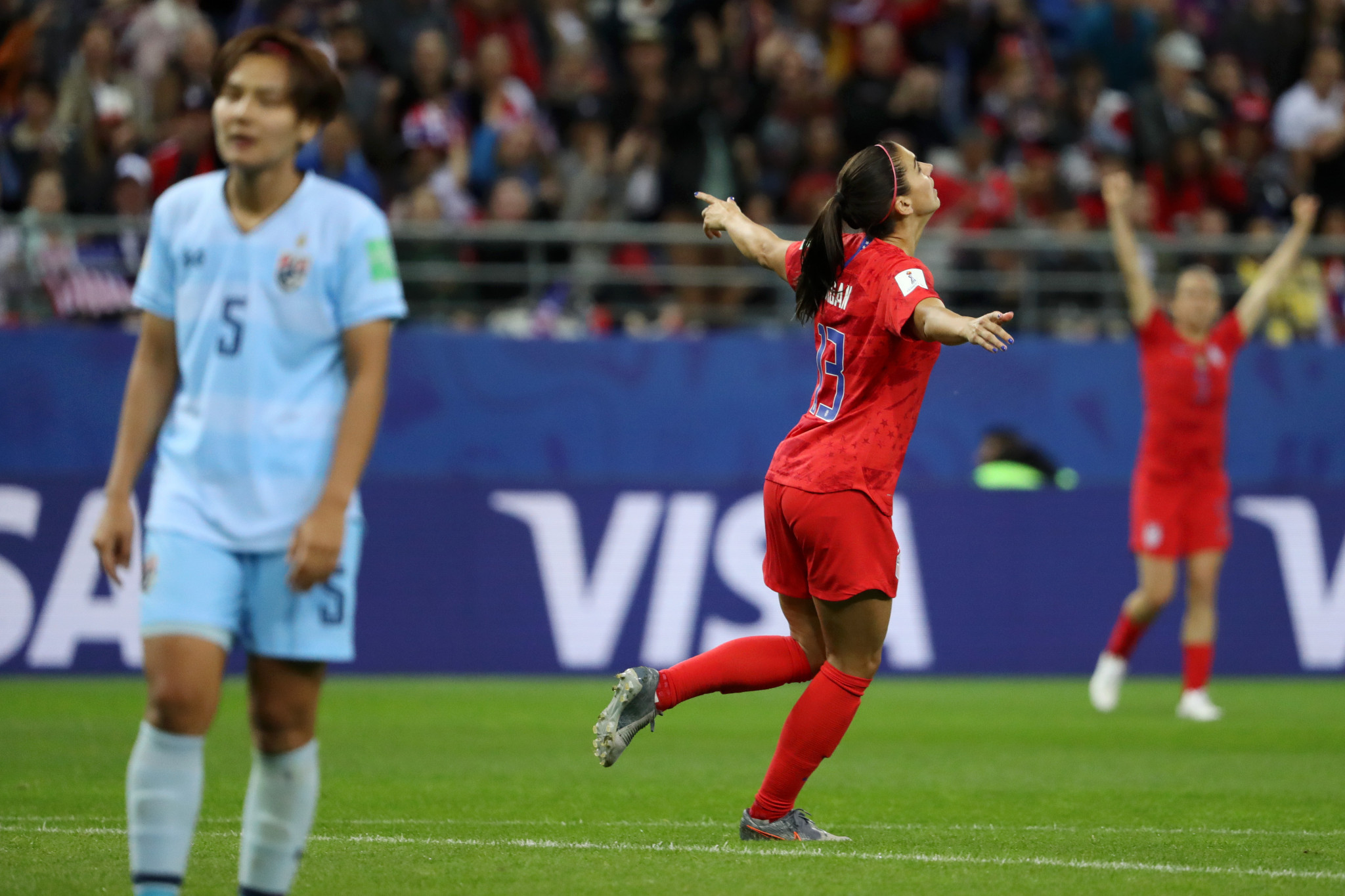 With the US topping the FIFA world rankings, Thailand were always considered the underdogs, sitting 34 places below their opponents.

America's dominance in the Group E clash at Stade Auguste-Delaune in Reims exceeded expectations, however.

Alex Morgan had scored the first for her side in the 12th minute, with Rose Lavelle and Katie Horan grabbing a goal each to put the US 3-0 up at half-time.

America started the second-half in much the same way, with Samantha Mewis hitting the back of the net in the 50th minute.

From there Thailand capitulated, with Morgan scoring again three minutes later, followed by Mewis and Lavelle in quick succession.

Morgan earned her hat-trick in the 74th minute but did not stop there, getting another two before the final whistle.

The previous record had been held by Germany, who thrashed Argentina 11-0 at the World Cup in 2007.

Elsewhere in Group F, Sweden and Chile had to battle with the weather at Stade de la Route de Lorient in Rennes.

At 0-0, both teams were taken off the pitch in the 72nd minute due to the stormy conditions.

Forty minutes later, play resumed again, with the enforced break appearing to benefit Sweden the most.

Kosovare Asllani and Madelen Janogy got on the score-sheet before the final whistle, securing a 2-0 victory for the Swedes.

European champions The Netherlands left it until the very last minute to score the winner against New Zealand.

Jill Roord headed the ball in from close range in the dying seconds of their Group E clash at Stade Océane in Le Havre.

Nigeria are scheduled take on South Korea at Stade des Alpes in Grenoble in the other match in that Group.

Germany will meet Spain at Stade du Hainaut in Valenciennes in Group B.