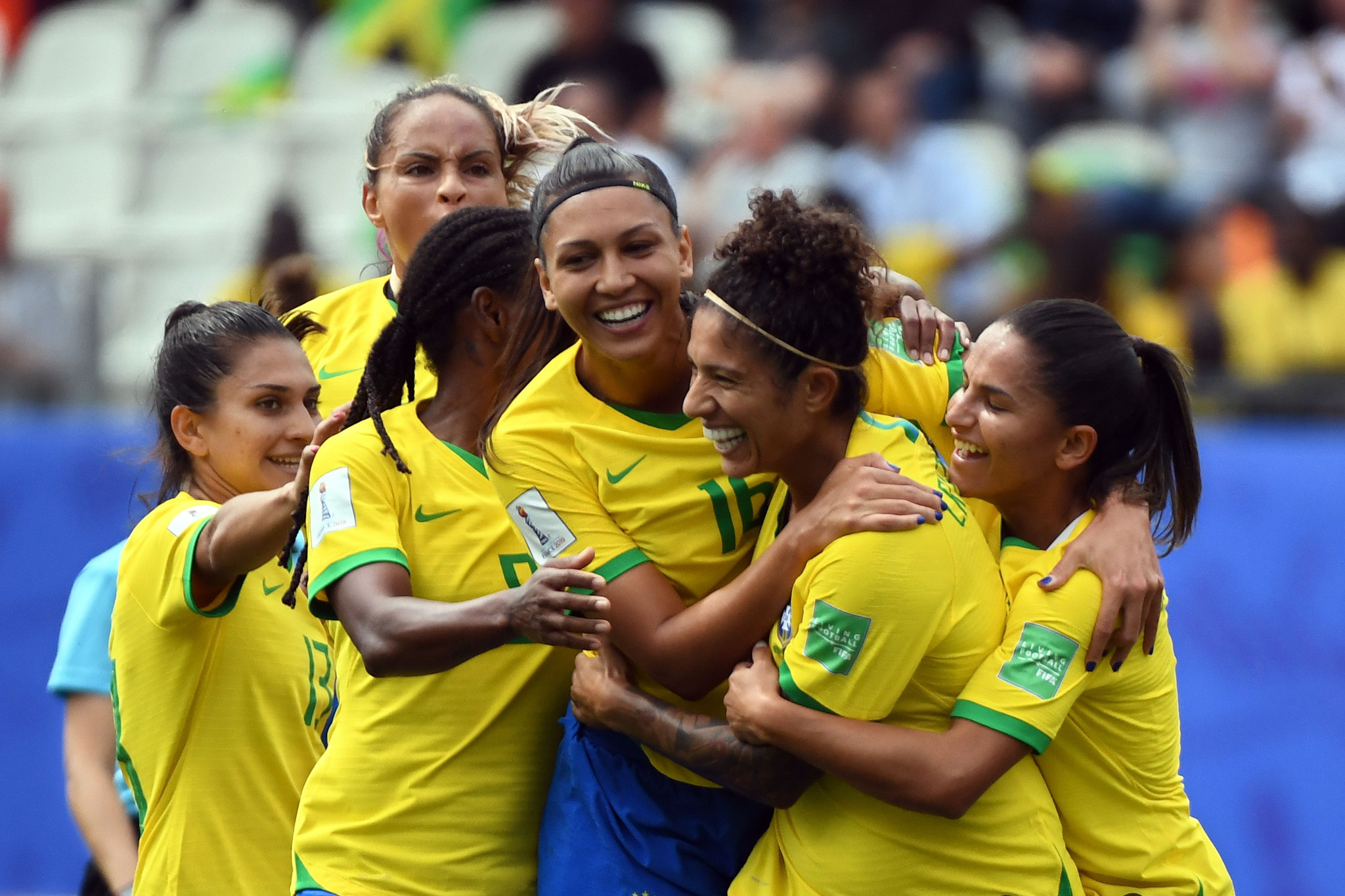 Brazil striker Cristiane became the oldest player to score a women's or men's FIFA World Cup hat-trick as she netted a treble in a 3-0 victory over Jamaica.

The 34-year-old scored a header and a tap-in before adding a precision free-kick.

She takes the record from Cristiano Ronaldo, who was 33 when he scored a hat-trick for Portugal against Spain in their 3-3 draw in the men's 2018 World Cup in Russia.

Jamaica, making their World Cup debut, were grateful to goalkeeper Sydney Schneider for keeping the score down against opposition with much more top-level tournament experience.

The 19-year-old saved Andressa Alves' weak penalty with the score at 1-0, and also made two one-on-one blocks from Brazilian forward Debinha.

Rivals England and Scotland locked horns in Nice, where Phil Neville's side took the lead thanks to a Nikita Parris penalty.

The spot-kick was awarded after Fran Kirby's cross hit the outstretched arm of defender Nicola Docherty, which was spotted by the Video Assistant Referee (VAR).

England notched a second before halftime when Ellen White, who earlier had a header ruled out for offside, pounced on a loose ball and fired into the bottom corner.

Beth Mead thought she had England's third just 30 seconds into the second half, but again the assistant's flag came to Scotland's rescue.

The Scots were much improved in the second half and pulled a goal back through Claire Emslie's deflected strike but the Lionesses, the 2015 World Cup's third-placed side, saw out a 2-1 victory.

In the early game, underdogs Italy beat Australia 2-1 in Valenciennes thanks to a winner in the fourth minute of second-half stoppage time.

Barbara Bonansea thought she had opened the scoring for Italy in the eighth minute, only for the VAR to confirm she had been offside.

Australia led after 20 minutes when Sam Kerr was brought down by Sara Gama and although Kerr's spot-kick was saved by Laura Giulianai, she knocked in the rebound.

Italy equalised 10 minutes in the second half, Bonansea taking advantage of a defensive error to get on the scoresheet.

The Italians pushed for a winner and after again being denied by a VAR-assisted offside – this time against Daniela Sabatino – Bonansea bagged a close-range winner.