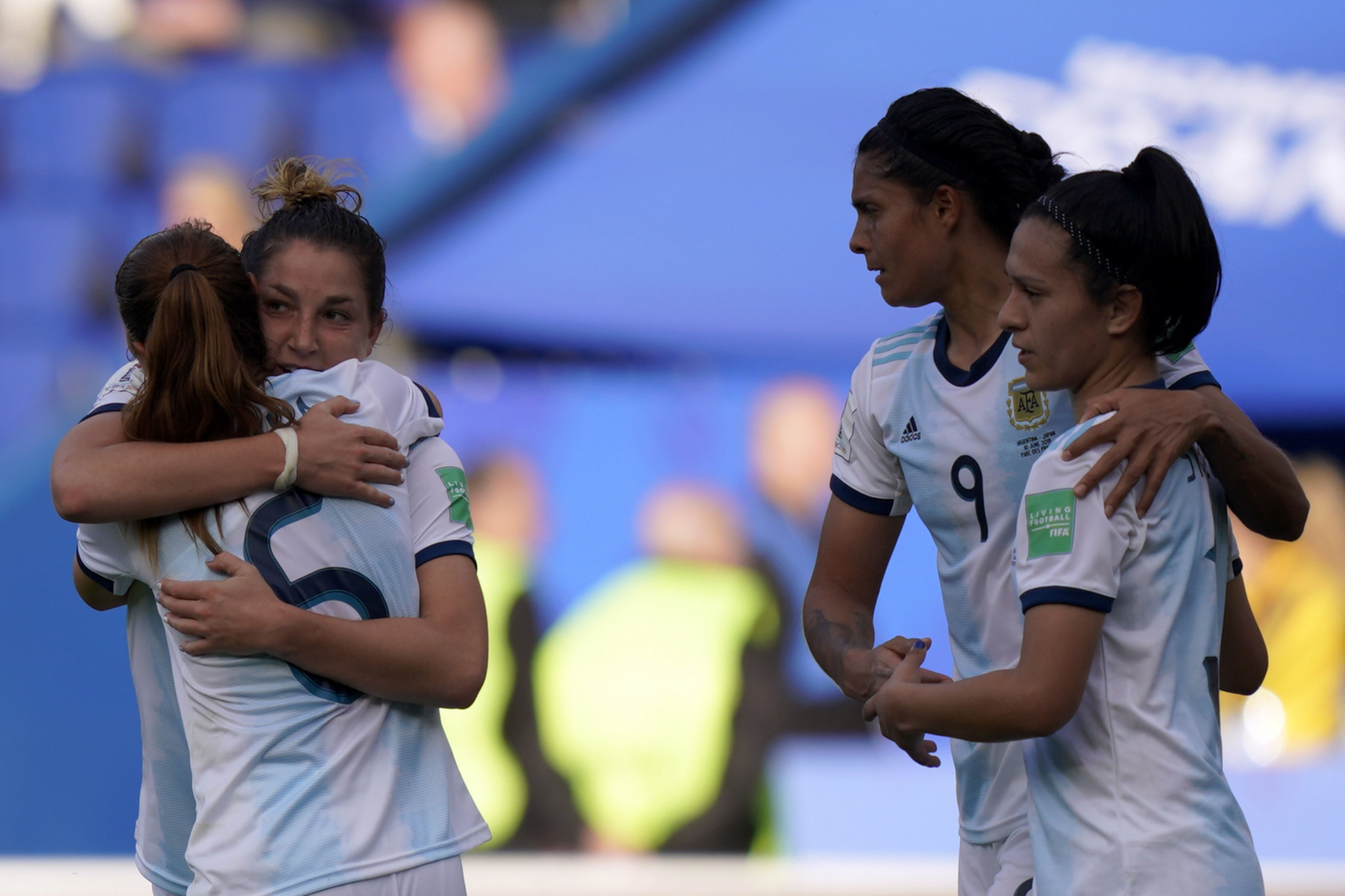 Argentina created FIFA Women's World Cup history as they earned a first-ever point by holding Japan to a 0-0 draw at the Parc des Princes in Paris.

The ‎tournament underdogs overcame huge adversity to arrive at the finals, including a two-year period in which they played no games.

Against 2015 runners-up Japan, little was expected.

Asako Takakura's Japan dominated possession as they looked for a breakthrough but veteran goalkeeper Vanina Correa marshalled her Argentine back line superbly to create history in the French capital.

A dour first-half saw both sides make poor judgements and we had to wait until the 26th minute for a first real attempt on goal.

Japan had the lions share of possession without creating much as 35-year-old Correa, taking part in her third World Cup, remained untroubled.

The intensity was raised at the start of the second-half as Japan sought a breakthrough.

Kumi Yokoyama forced a good save from Correa who could only push the ball to the feet of Yuika Sugasawa, but she skied her effort as another chance went begging.

The best of Argentina's chances came when Flor Bonsegundo fired a tame strike straight at goalkeeper Ayaka Yamashita before Marianna Larroquette blazed over from 25 yards out.

As the game moved into added time, Japan pressed for a winner but when Hasegawa's inswinger was collected by Correa, history was made.

Japan had won all four of their previous meetings with the South Americans but were left frustrated by the stalemate in Paris ahead of their Group D match against  Scotland on Friday (June 14).

Canada came into the tournament on a nine-match unbeaten run and cruised to a 1-0 victory against Cameroon thanks to a Kadeisha Buchanan header on the stroke of half-time.

Kenneth Heiner-Møller's side had dominated possession and squandered several chances before Buchanan - a club player for French side Lyon - rose unmarked to head home a Janine Beckie corner after Nichelle Prince's low effort had deflected off the post and behind.

Cameroon were the only African side to reach the knockout stages at the last World Cup and could have got back into the game in the 68th minute but Claudine Meffometou headed wide from six yards.

Christine Sinclair was bidding to become the first player to score at five World Cup finals and almost doubled the lead in the dying minutes when she poked the ball towards goal but Meffometou cleared it off the line and behind for a corner.

It did not matter for the Canadians, though, who safely navigated two minutes of added time to secure the victory.