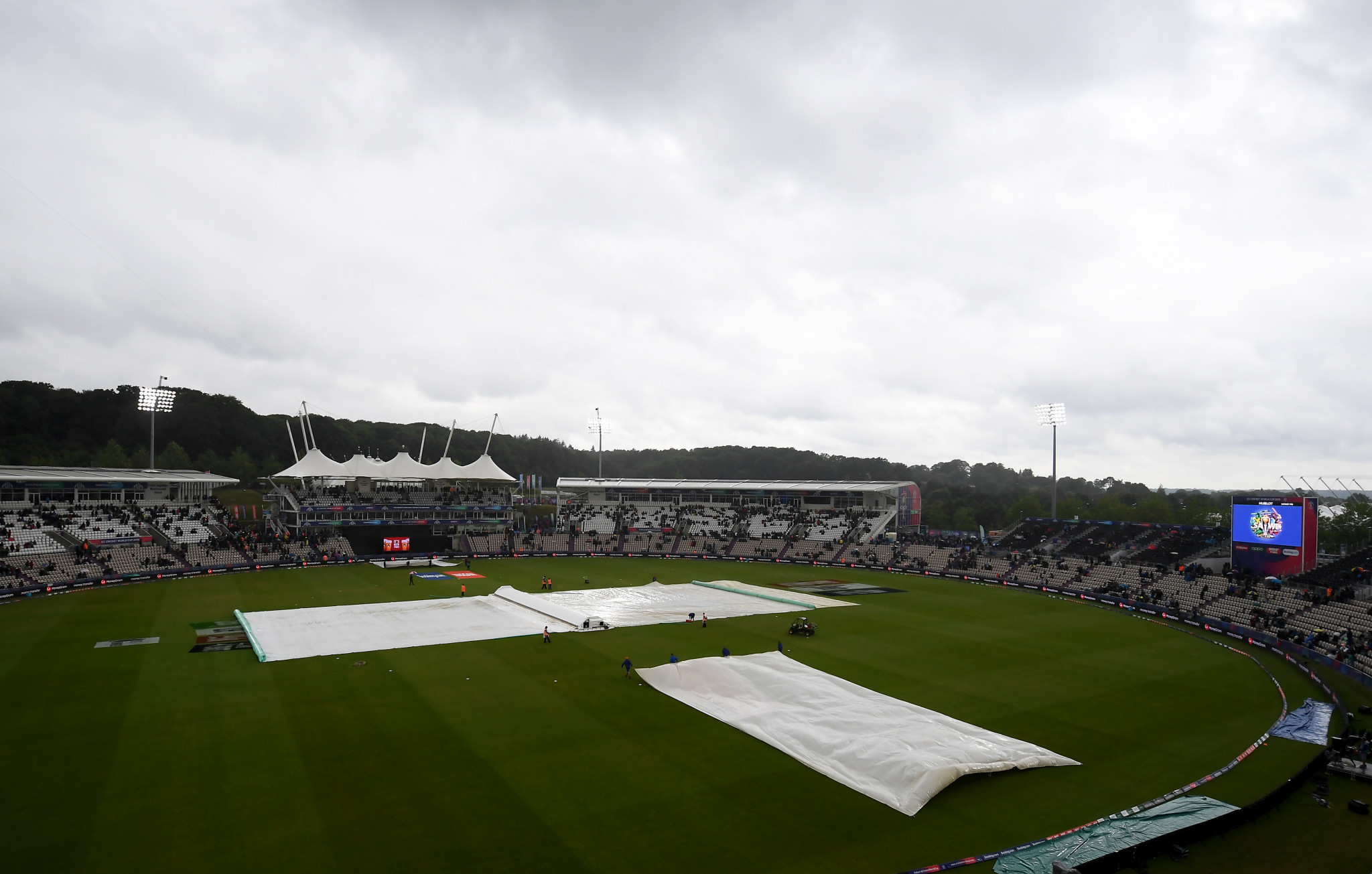 South Africa's fading chances of reaching the semi-finals of the Cricket World Cup were dealt a further blow today after their match with West Indies in Southampton was abandoned due to rain.

Only 40 minutes of play was possible at Hampshire Bowl before the umpires called the match off at 4.15pm local time.

South Africa, who lost their first three games, were 29-2 from 7.3 overs before the rain came.

Hashim Amla was caught at slip for six before Sheldon Cottrell claimed his second wicket as he snared Aiden Markram down the leg side.

Both sides earned one point following the abandonment, which makes South Africa's task of securing a top-four finish that much harder.

"We are in a bad position but it's our own fault," said South Africa captain Faf du Plessis.

"We haven't played our best cricket so far and we need a solid performance to get the team's confidence up."

The match is the second to be washed out without a result after Pakistan's clash with Sri Lanka was rained off last week.

The tournament is due to continue tomorrow with the contest between Bangladesh and Sri Lanka in Bristol.