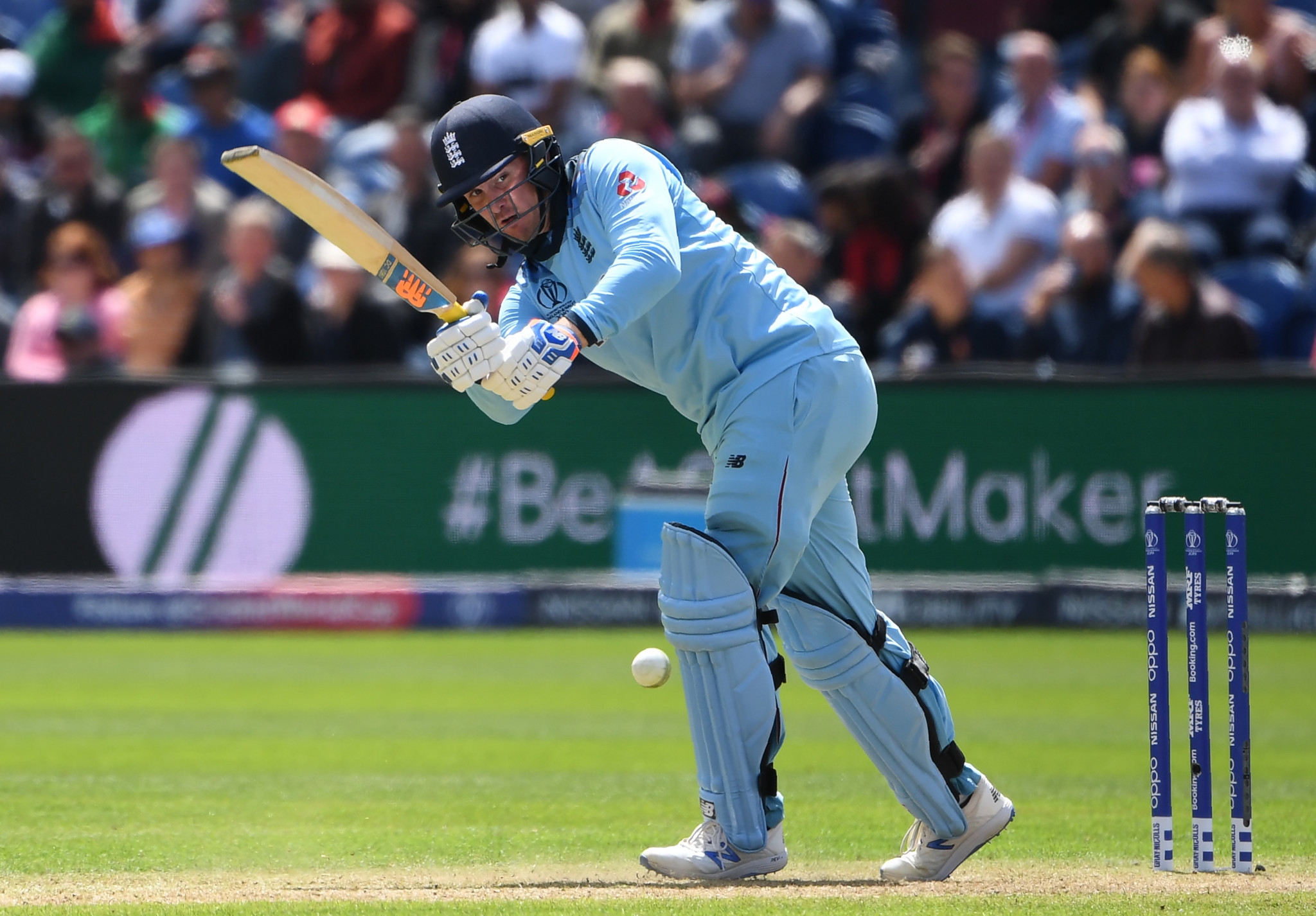 England recorded their highest Cricket World Cup total as they bounced back from defeat to Pakistan by thrashing Bangladesh in Cardiff.

Jason Roy smashed 153 and Jos Buttler scored 64 despite carrying an injury as the hosts finished on 386-6 from their 50 overs at Sophia Gardens.

Bangladesh never looked likely to chase down 387, although Shakib Al Hasan impressed with a superb century before he was bowled by Ben Stokes for 121.

They were eventually bowled out for 280.

Stokes finished with figures of 3-23 and Jofra Archer, who produced a hostile spell of new-ball bowling at the start of Bangladesh's innings, ended on 3-30 after taking the final two wickets.

The result handed England their second victory and saw the pre-tournament favourites recover from the loss they had suffered against Pakistan earlier this week.

Having been put into bat on a green-tinted pitch, Roy and Jonny Bairstow got their side off to a flying start as they went in search of a huge total.

They put on a stand of 128 before Bairstow was out for 51 but Roy continued the charge, smashing the ball to all ends of the ground.

Roy hit 14 fours and five sixes, three of which came consecutively before he holed out to Mashrafe Mortaza off the bowling of Mehedi Hasan to finish on 153, six runs shy of the highest total by an England batsman at a World Cup.

That record is still owned by Andrew Strauss, who scored 158 against India in 2011.

Roy's dismissal barely slowed England's momentum as Buttler came to the crease and managed 64 off 44 balls, although there was cause for concern for the hosts as he appeared to injure himself and was replaced by Bairstow as wicketkeeper.

In the other match played today, New Zealand made it three wins from three as they beat Afghanistan by seven wickets at the County Ground in Taunton.

New Zealand bowled their opponents out for 172 as James Neesham returned the best figures of the tournament so far with 5-51.

Their reply started badly when Martin Guptill was out first ball before Kane Williamson hit an unbeaten 79 to guide New Zealand to victory.