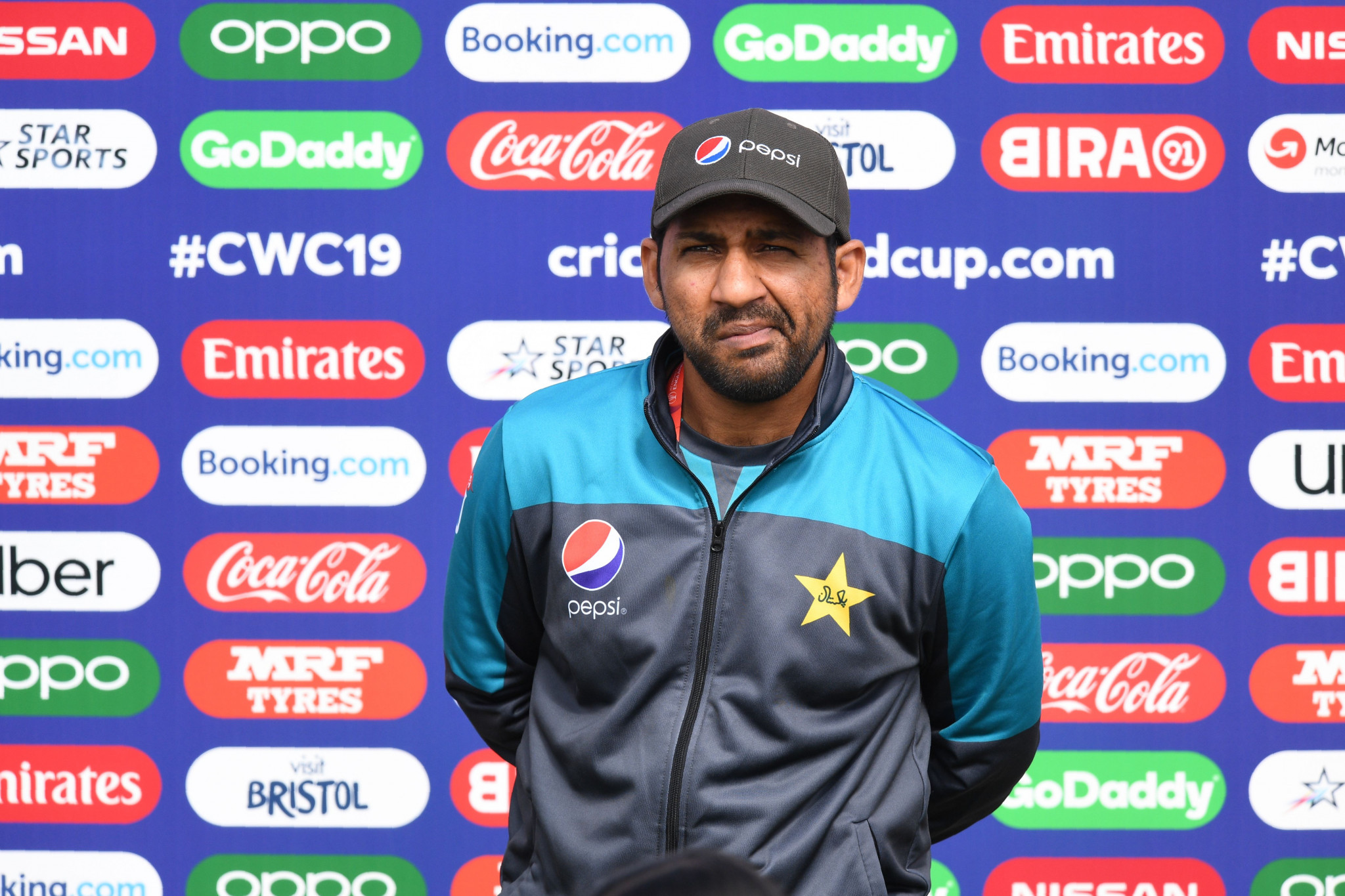 Pakistan captain Sarfaraz Ahmed has said the momentum from an inspired victory against hosts and Cricket World Cup favourites England will not be dented by the abandonment of his team's match against Sri Lanka after persistent rain at Bristol County Ground today.

Forecasts of foul weather proved well founded and officials were left with no option but to reluctantly call off the game shortly before 4pm local time.

Both teams took a point from the washout and have three from their opening three matches.

It was only the second fixture across five Men’s Cricket World Cups in England – stretching back to the ground-breaking tournament in 1975 – that not a single ball was able to be bowled.

But history confirms that the soggy outcome is no barrier to glory because West Indies went on to win the 1979 World Cup despite suffering a similar fate, against Sri Lanka at The Oval in London.

Pakistan, seeking to emulate their success under Imran Khan in 1992, bounced back from defeat against West Indies in their opening fixture to triumph over England at Trent Bridge in Nottingham in the highest-scoring game of the current competition.

Sarfaraz, 32, and his squad took out their frustration at not having the chance to successfully follow that up with a lengthy gym session at the Bristol County Ground while the crowd dispersed.

"As a team we really wanted to play this match especially after gaining momentum with the win against England," he said.

"It is unfortunate that we were not able to play.

"We have great team spirit and our confidence is on a high after beating England.

"We would want to carry the momentum into the remaining games.

"We won’t relax in our remaining six matches."

Pakistan will stay in the West Country for their next encounter versus Australia at the County Ground in Taunton on Wednesday (June 12).

Before then, Australia face India at The Oval on Sunday (June 9).

In other World Cup news, Australian bowler Adam Zampa has been reprimanded for breaching level one of the International Cricket Council (ICC) Code of Conduct during the country's match against West Indies yesterday.

Zampa was found to have breached Article 2.3 of the ICC Code of Conduct for Players and Player Support Personnel, which relates to using audible obscenities in an international match.

In addition to the formal warning, one demerit point has been added to Zampa’s disciplinary record.

Four demerit points within a two-year period incurs a ban from one-test or two one-day internationals or two Twenty20 internationals, whatever comes first for the player.

The incident occurred at the end of the 29th over of West Indies' innings when Zampa was heard using an audible obscenity by the umpires.

"Zampa admitted the offence and accepted the sanction proposed by Jeff Crowe of the Emirates Elite Panel of ICC Match Referees and, as such, there was no need for a formal hearing," an ICC statement reads.

Zampa finished on 1-58 from 10 overs to help Australia beat West Indies by 15 runs for their second consecutive victory at the World Cup.