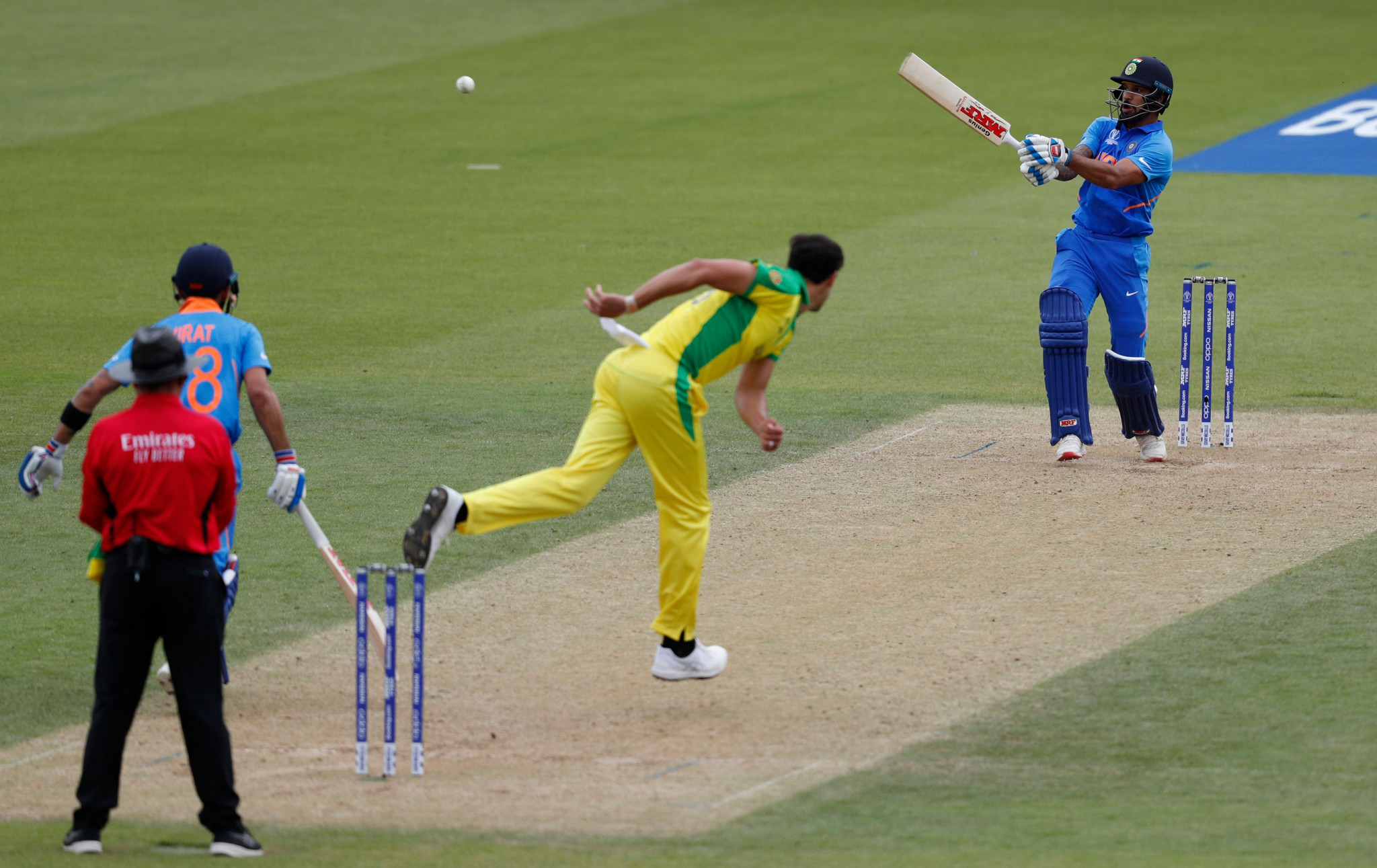 Shikhar Dhawan and Virat Kohli produced sparkling displays with the bat to guide India to a 36-run victory over defending champions Australia at the Cricket World Cup in England.

Chasing a World Cup record total, David Warner and Steve Smith – the central characters in Australia's ball-tampering scandal – impressed but Australia were made to pay for a laboured innings as they fell to defeat.

The result handed India a second victory of the tournament and inflicted a first defeat on the 2015 winners.

India began steadily as Rohit Sharma and Dhawan put on 127 for the first wicket.

Sharma's dismissal brought Kohli to the crease and the two began to press the accelerator as India went in search of a score of 300-plus.

Dhawan was caught in the deep off Mitchell Starc but Kohli continued to play fluently and was joined by Hardik Pandya, who hit 48 off 27 balls to help India past the 300 mark.

Kohli and MS Dhoni pushed India beyond 350 to leave Australia with a tough target.

In reply, Australia never really got going but were given a chance largely thanks to the exploits of Warner and Smith, who were both booed by the crowd.

Warner was fortunate not to depart for one when the bails stayed on after Jaspit Bumrah's delivery hit his stumps, handing him a reprieve.

After he was out for 56, Smith took up the mantle and steadied the Australian ship with a controlled 69 from 70 balls.

Despite a tepid start, Australia were still in with a chance of pulling off a stunning win but two wickets in an over from Bhuvneshwar Kumar, including that of Smith, slowed their momentum.

Australia's faint hopes were seemingly dashed when the big-hitting Glenn Maxwell was out for 28, the third wicket to fall in seven deliveries.

The introduction of Alex Carey briefly revived Australia's diminishing belief as he hit an unbeaten 55 from 35 balls, an innings which proved in vain as they were bowled out for 316.