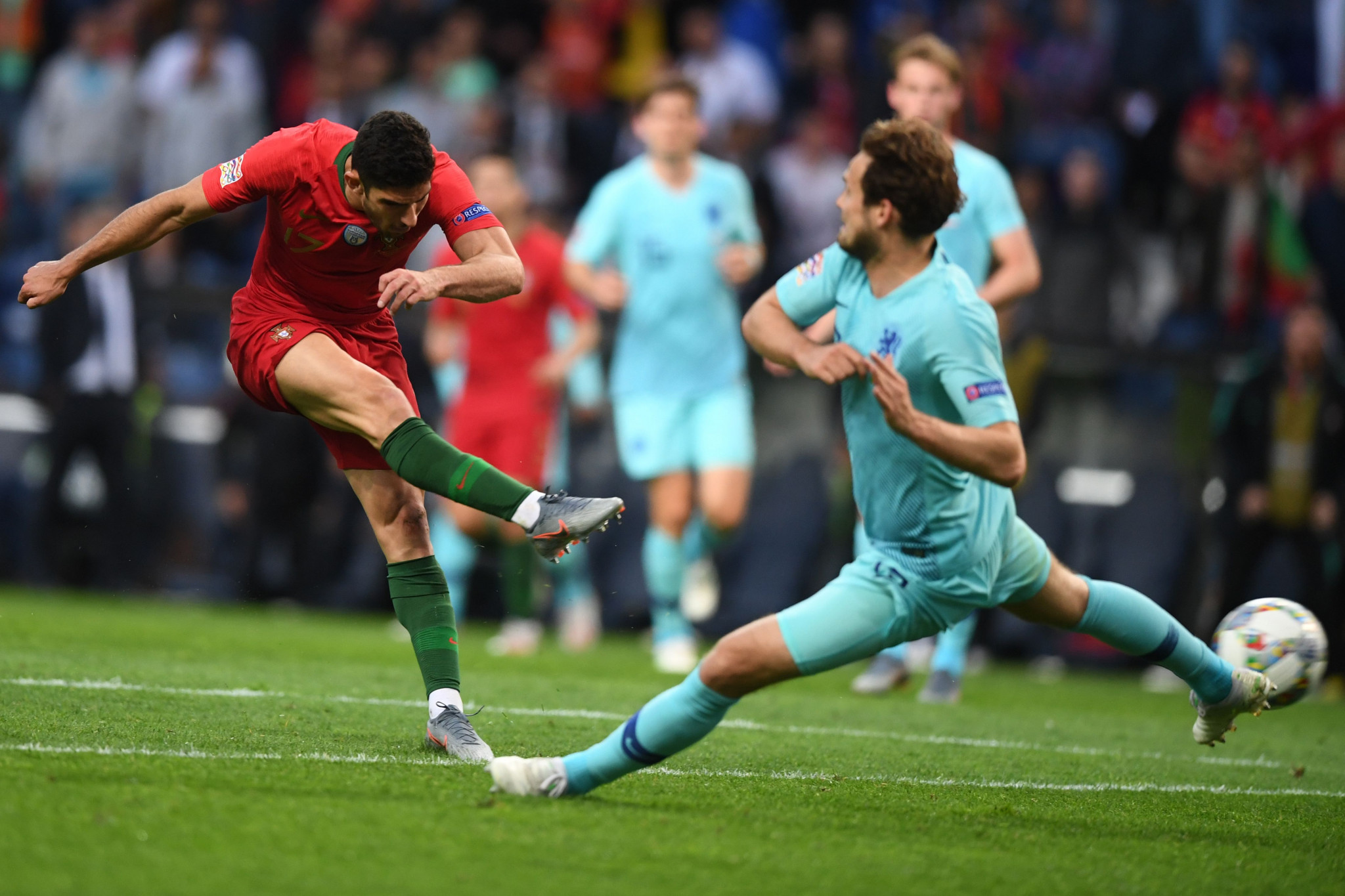 Portugal have been crowned the first winners of the UEFA Nations League as a superb strike Gonçalo Guedes was enough to see off the Netherlands in the final in Porto.

Guedes rifled home from the edge of the area on the hour mark as the host nation earned a 1-0 win at Estádio do Dragão.

The result saw Portugal become the first champions of the Nations League, a tournament viewed sceptically at first but which seems to have won over the majority of its critics since its inception last year.

It also gave Portugal a second major trophy in the past three years after they won the European Championship in 2016.

England finished third after they beat Switzerland 6-5 on penalties at Estádio D. Afonso Henriques in Guimarães after both sides had failed to score during normal time and then 30 minutes of extra-time.

Portugal, who reached the showpiece match of the Nations League Finals thanks to a Cristiano Ronaldo-inspired victory over Switzerland, started the final as favourites.

They had the better of the chances in the first-half but neither side were able to break the deadlock.

In fact, the match did not truly spark into life until Guedes opened the scoring with a well-struck shot from outside the box which flew into the Dutch net.

That brought a response from The Netherlands, who had been lacklustre going forward and only registered their first shot on target six minutes later when Memphis Depay had a close-ranger header saved.

The Dutch pressed forward in search of an equaliser but it proved elusive as Portugal held on for a deserved victory.