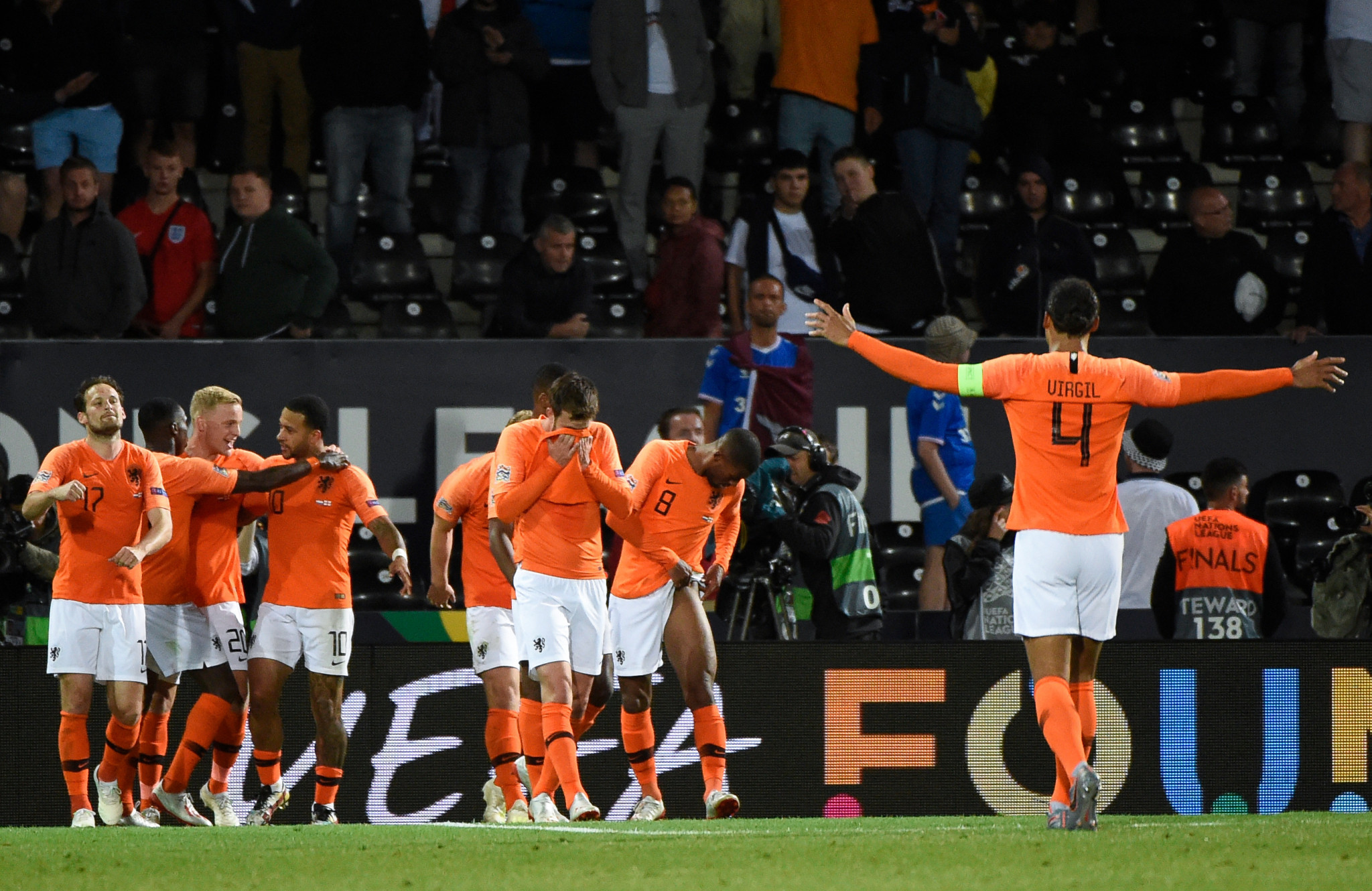 Gareth Southgate's Three Lions were knocked out of the FIFA World Cup when Croatia scored an extra-time winner in Russia in July.

And although it was a different competition, in a different city, it was the same story for England in Guimarães, as they bowed out 3-1.

The sides were level as the game went into extra-time after Matthijs de Ligt cancelled out Marcus Rashford's spot-kick opener.

The game swung for the Dutch in the 97th minute when Stones was caught in possession by Memphis Depay and although Jordan Pickford made a fine save, Kyle Walker could only divert into his own net.

Any faint hopes of England getting back into the match were put to bed six minutes from time.

Stones was again at fault with a short pass to Ross Barkley on the edge of the area.

Barkley's attempted return fell to Depay and he squared across Pickford to the waiting Promes, who tapped into an empty net from six yards.

England had taken the lead against the run of play on the half hour when Rashford stole the ball from defender De Ligt.

De Ligt, who starred in Dutch champions Ajax's run to the UEFA Champions League semi-finals, tripped the England forward in the box and referee Clement Turpin pointed to the spot.

The Dutch qualified for the finals by topping their Nations League group with France and Germany, and could have been level at the break, but Pickford tipped a Georginho Wijnaldum strike around the post.

The equaliser came courtesy of De Ligt as the 19-year-old, linked with Manchester United in recent weeks, atoned for his earlier error by rising above Walker to head home.

It looked like England had grabbed a late winner when Jesse Lingard struck home with just five minutes remaining but after a VAR check, the goal was ruled out, with the winger judged to have strayed offside.

Just 30 seconds later, a VAR check was needed at the other end to determine whether Ben Chilwell had handled in his box, but a goal-kick was awarded to England.

Then came the defensive errors and England go into a third-place playoff with Switzerland, while the Netherlands take on Portugal in the final on Sunday.