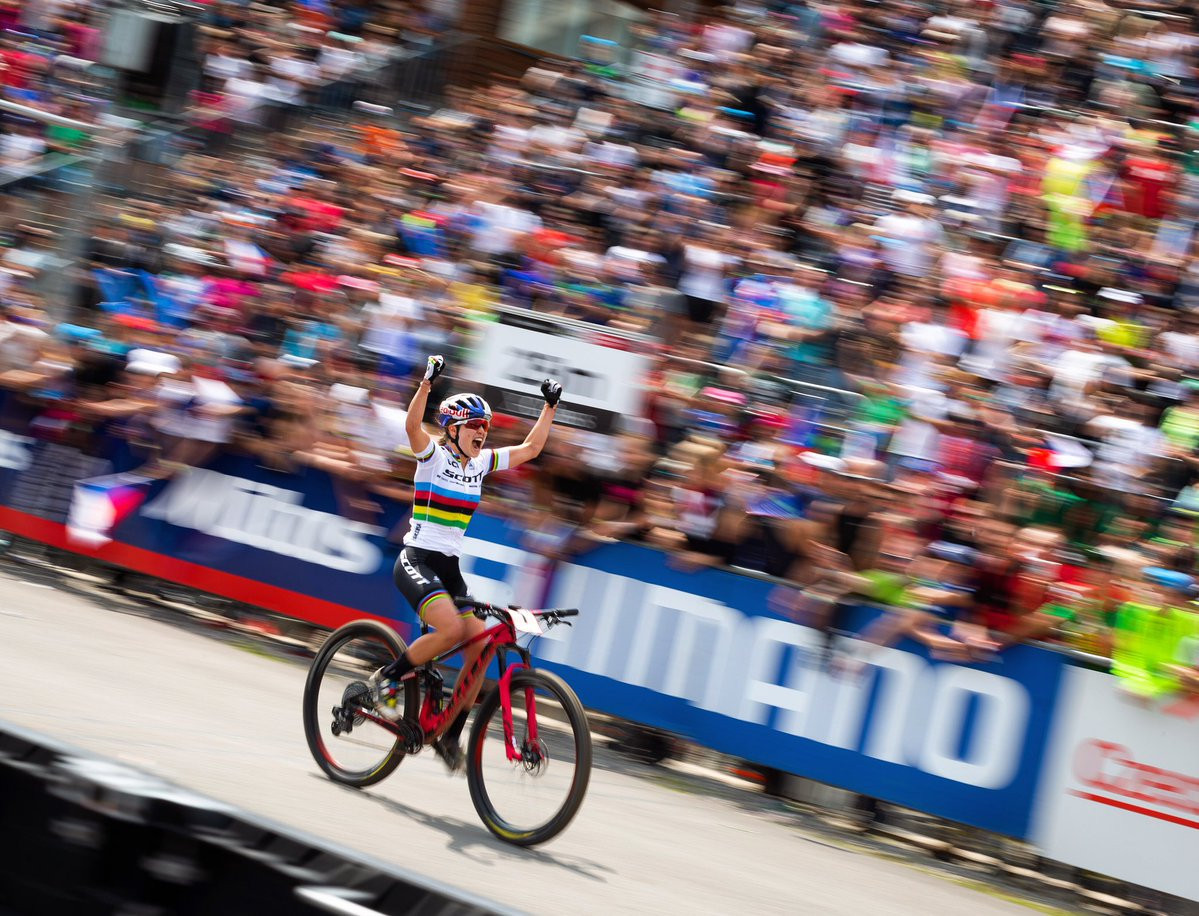 It was Courtney's third successive win in the World Cup season, with the cyclist crossing the line in 1hr 27mins 31secs to prevail today at Vysočina Arena in the Czech town.

Australia's Rebecca Ellen McConnell was 0.36 behind, while Canada's Haley Smith was 0.42 adrift of Courtney in third.

Anne Tauber of the Netherlands had led for the majority for the race, but a mistake in the sixth and final lap meant she slipped down to 10th place.

He comes onto the finish straight, punches the air..@mathieuvdpoel takes his first ever #MBWorldCup victory!

Courtney leads the World Cup standings with 700 points, her nearest opponent being Jolanda Neff of Switzerland on 490.

Nino Schurter was 0.19 off the pace in second, with Swiss teammate Mathias Flückiger 1.53 off van der Poel.

Athletes will be back in action in Fort William in Britain from June 1 to 2.