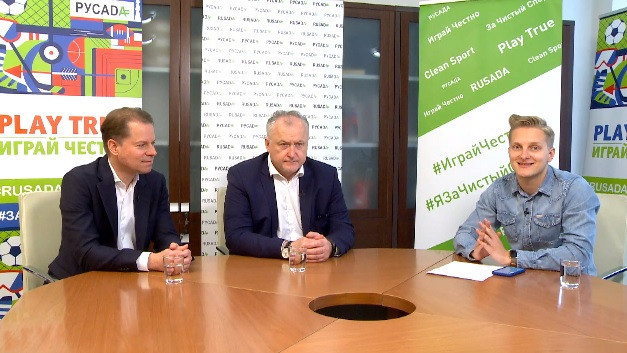 Niggli claimed RUSADA had "become a worthy anti-doping organisation" on a visit to the RUSADA, where he met with its director general Yury Ganus.

He said RUSADA was now a "completely independent body" which was well-equipped to ensure there is no repeat of the doping scandal orchestrated by Russia.

Niggli's comments come as the second deadline imposed by WADA which must be met by Russian authorities if RUSADA is to remain compliant approaches later this month.

"RUSADA has, to some extent restored itself, built itself," Niggli said in a video broadcast on social media network Vkontakte and published on RUSADA's website.

"Now RUSADA is a completely independent body, this is important."

Niggli added: "The RUSADA director general is an independent figure, he came from finance, and now there is no conflict of interests.

"All this has led to the fact that RUSADA has become a worthy anti-doping organisation.

"We do not have to be naive, because many things change, we must remain alert, we must see how RUSADA will develop.

"We will continue to ensure that RUSADA is independent."

Last month, WADA announced it had retrieved more than 2,200 samples from the Moscow Laboratory.

Access to the facility and securing data and samples stored there was part of reinstatement criteria outlined by WADA in January after the Executive Committee controversially reinstated RUSADA in September.

WADA has claimed the authentication process of the Moscow data is close to completion, while Russia has been warned its suspension will be reinstated and the country's athletes could miss next year's Olympic Games in Tokyo if any issues are found.

An "update on the analysis of the data" and the "way forward for cases to be followed up by the relevant International Federations" was discussed at the Compliance Review Committee's latest meeting last week.