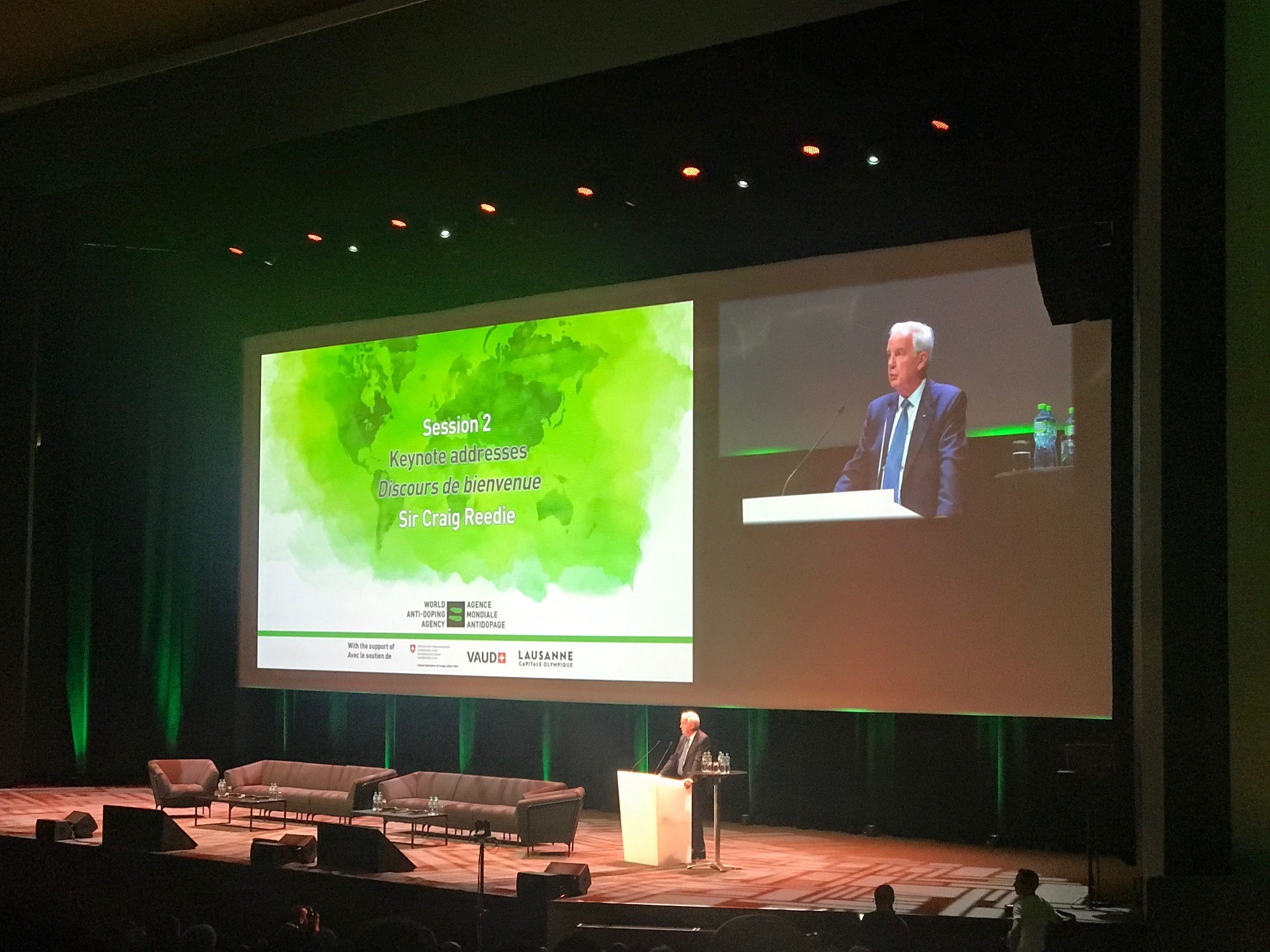 World Anti-Doping Agency (WADA) President Sir Craig Reedie made a plea for unity following the fractious fall-out to the Russian doping scandal as he claimed gaining access to the data at the Moscow Laboratory has proven the organisation made the right decision to reinstate the country.

Sir Craig used his keynote address at the Annual Symposium here to staunchly defend the way WADA handled the Russian situation amid criticism of the actions taken by the global watchdog.

The Scot, whose term at the helm of WADA comes to an end in November, also called on all those involved in anti-doping to work together as "divisions help nobody".

The decision from the WADA Executive Committee to lift the suspension on the Russian Anti-Doping Agency (WADA) in September sparked a backlash against the organisation from athletes and largely Western National Anti-Doping Organisations (NADOs).

WADA then came under more pressure to sanction Russia after the country missed a December 31 deadline to grant access to data stored at the Moscow Laboratory, although it was eventually able to extract the information 10 days later.

But WADA opted against further punishments against the scandal-hit nation as the Compliance Review Committee claimed formal proceedings should only be a "last resort" and that there was no precedent for such sanctions.

"Just as it was the correct decision to declare RUSADA non-compliant way back in November 2015, the decision which WADA's Executive Committee took in September was, in my view, also the right one for clean sport," said Sir Craig.

"Clearly it was not an easy decision for the WADA Executive Committee and I fully understand the reasons against it, but in light of the events that have occurred since it was made, it has proven to be the right one.

"It is indisputable that accessing the laboratory data was a major step forward in this saga.

"The data, if authentic and complete, will be a game changer."

Sir Craig has himself faced allegations that he has ignored athletes who have spoken out and called for change at WADA but today he claimed a unified approach among all stakeholders was the way forward.

"As the global regulator, it is not possible to please everyone all of the time but I promise WADA will continue to work with all of our stakeholders in the interest of advancing clean sport," he added.

"Whether it is athletes, the sports movement, Governments, NADOs, laboratories - every stakeholder has a role to play.

"While we may disagree on various points and how best to deal with the challenges we face, we are all closely aligned on our desire to keep doping out of sport.

"Partners must work together and with respect in order to achieve that so just as I commit to a redoubling of WADA’s efforts, I also call on you all never to take your eyes off the goal of clean sport and to stand strong with us against those who would endeavour to bring down the global anti-doping system.

"Divisions help nobody, except the ones who are trying to cheat.

"Now more than ever, it is vitally important that we continue to develop a strong, united community that can increase confidence and trust in the global anti-doping system.

"Unity will be our strength."