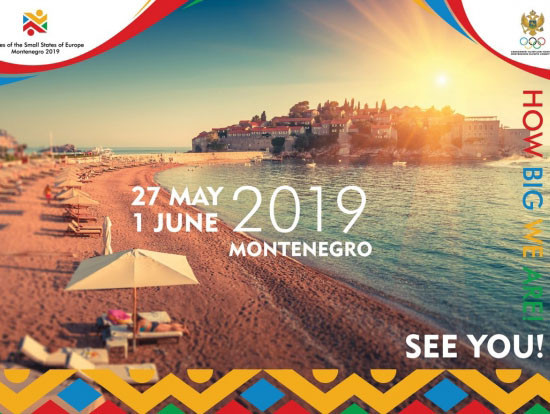 Around 2,000 people were present as the Opening Ceremony of the 18th Games of the Small States of Europe (GSSE) took place tonight in Budva Old Town.

"I have no doubt that the Montenegrin NOC and the Organising Committee will be up to the task," European Olympic Committees (EOC) President Janez Kocijančič said.

“I wish them every success during the final phase of preparations for what will be a terrific edition of the Games.

"I was never convinced that the top sports events belong only to the big and mighty.

"With the Games of the Small States of Europe, the European Olympic Committees once again pave the road to a better Olympism.

"The 2019 GSSE could be the first of many future sports events for the country, including the European Youth Olympic Festival or even the Youth Olympic Games.

"With a motto like 'How Big We Are', I am sure they will also be dreaming big as well."

“I was never convinced that the top sports events belong only to the big and mighty. With the
Games of the Small States of Europe, the European Olympic Committees once again pave the
road to a better Olympism,”EOC President Janez Kocijancic before #montenegro2019 opening! pic.twitter.com/mLIchufyYD

Nearly 900 athletes have gathered in Montenegro to participate in the GSSE, which is due to run through to Saturday (June 1).

These biennial Games, organised by members of the EOC, were first held in San Marino in 1985.

Some 846 athletes will be involved representing the nine countries.

The Games will take place in the cities of Budva, Bar, Tivat, Cetinje and Podgorica.

There will be 10 disciplines on the programme – athletics, basketball, beach volleyball, bowls, judo, shooting. swimming, table tennis, tennis and volleyball.