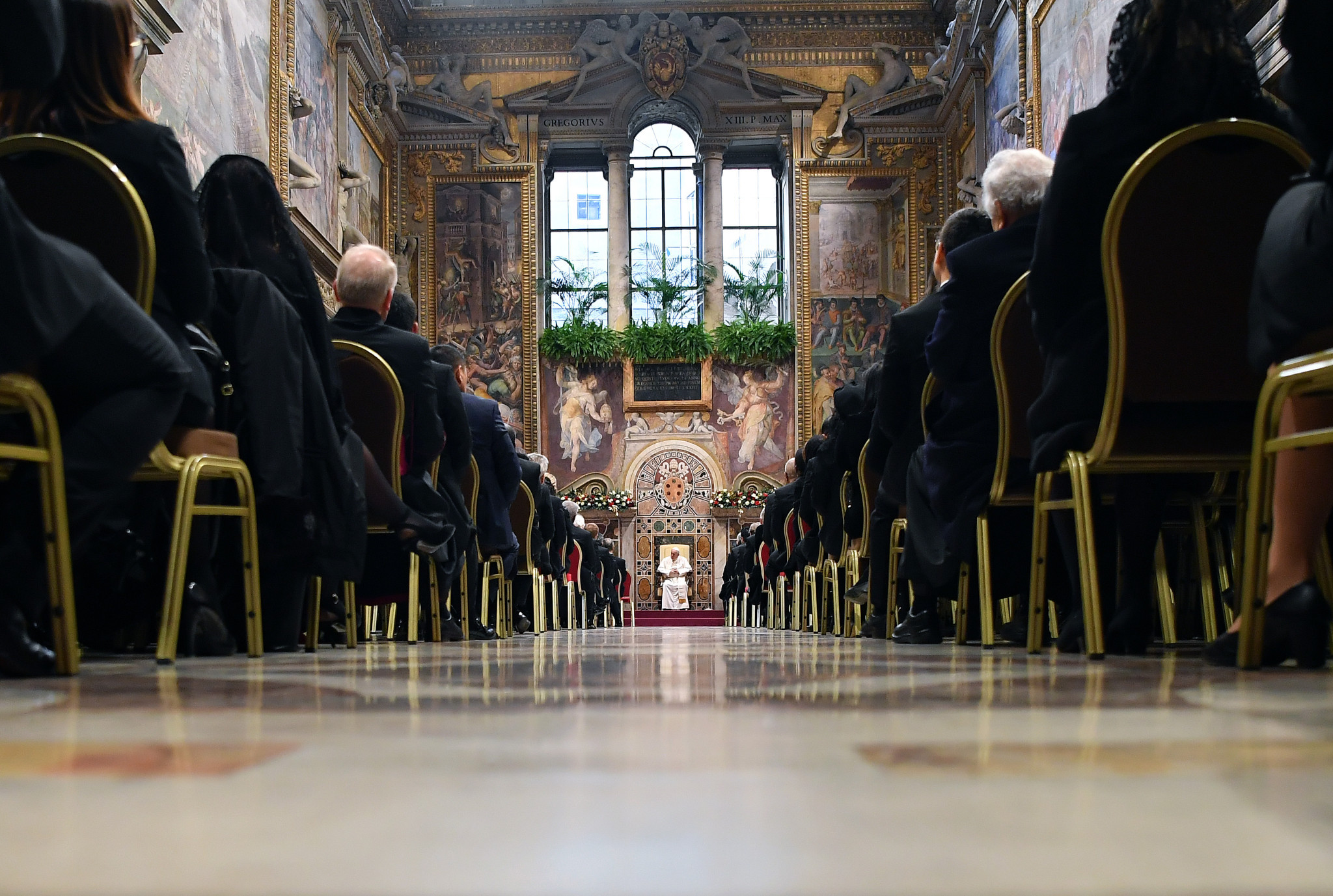 The Vatican have launched their first sporting association with the intention of competing in athletics events in the future, although a number of major hurdles remain before they could compete in international competitions.

The team was launched as Athletics Vatican following a bilateral agreement with the Italian National Olympic Committee (CONI).

CONI President and International Olympic Committee (IOC) member Giovanni Malagò was present at the Vatican for the event.

He spoke along with Cardinal Gianfranco Ravasi, President of the Pontifical Council for Culture, and Italian Paralympic Committee President Luca Pancalli.

Melchor José Sánchez de Toca y Alameda, the under-secretary of the Pontifical Council for Culture and President of Athletics Vatican, helped to launch the event with team representative Michela Ciprietti.

"The dream that we have often had is to see the Holy See flag among the delegations at the opening of the Olympic Games," Melchor José Sánchez de Toca y Alameda told the Vatican News.

The development of the association has raised the potential for the Vatican to compete at international events, although the team are expected to mainly participate in non-competitive runs.

To compete internationally, Vatican Athletics would need to become a member of the International Association of Athletics Federations (IAAF).

The IAAF have confirmed they had yet to receive an application and they would have to undergo normal membership processes and meet all criteria should they apply.

"The IAAF applauds the Vatican’s support for athletics and its long-standing promotion of sport more generally as a key contributor to peace and solidarity around the world," an IAAF spokesperson told insidethegames.

Similarly the Vatican would also have to become an IOC member to be able to compete at the Olympics.

"The Vatican does not have an National Olympic Committee and so therefore could not compete at the Olympic Games," an IOC spokesperson told insidethegames.

A new Vatican Athletics Association 'Athletica Vaticana' was presented to the public today by the Pontifical Council for Culture. It hopes to fly the flag for the interest of the Church in all people engaged in the world of sports at the service of humanity. @DublinDiocese pic.twitter.com/L52OQStuSL

The Vatican would need to meet a series of criteria under the Olympic Charter to become an IOC member.

They would have to provide proof that National Federations conduct sports activities in their country and internationally.

At least five governing bodies in the NOC would also need to be affiliated to the International Federations governing sports included in the programme of the Olympic Games.

The Vatican are a recognised independent state, despite not having membership of the United Nations.

While Olympic inclusion appears a long way off, the Vatican are reportedly considering the possibility of seeking to compete at the Games of the Small States of Europe in the future.

European Athletics President Svein Arne Hansen has tweeted his support to potential membership of the Vatican.

"I have already met the Vatican Athletics Team with Atletica Italia President Alfio Giomi and subject to meeting all requirements would warmly welcome them into the Euro Athletics family," he said.

It is claimed the agreement with CONI will allow the Vatican to compete at national and international sanctioned events.

Access to Italian national coaches and facilities is also set to be granted.

"It will be necessary to affiliate with other Federations," Malago told Vatican News.

"I'm sure this will happen, today we have started a courageous and winning start up."

The CONI agreement allows the team to take part in national and internationally sanctioned events and to have access to Italian national coaching and medical facilities.

The Vatican currently have a cricket and football team.

Representatives from the Vatican attended the IOC Session prior to last year's Winter Olympic Games in Pyeongchang,