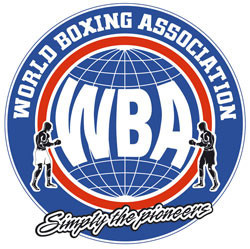 The involvement of professional bodies in the boxing tournament at next year's Olympic Games appears to have moved a step closer after the World Boxing Association (WBA) revealed a desire to help organise the sport at Tokyo 2020.

In a statement released after the International Boxing Association (AIBA) had been stripped of the right to run the boxing events in the Japanese capital, the WBA said it had "offered all its experience to organise boxing at Tokyo 2020".

It comes after the International Olympic Committee (IOC) Executive Board decided to suspend AIBA as the Olympic governing body for the sport and established a taskforce to oversee boxing at the Games following a six-month inquiry.

International Gymnastics Federation President Morinari Watanabe has been appointed to chair the taskforce, which will also be responsible for devising a qualification system.

Watanabe admitted he was "unprepared" for the role and revealed he had been chosen to lead the body a day before the Executive Board announced its decision.

IOC President Thomas Bach said the taskforce could make contact with professional organisations, a claim which the Japanese official refused to rule out.

The statement from the WBA, the first professional body to declare its intention to be involved in the running of the Olympic boxing competition at Tokyo 2020, does not come as a surprise.

In November, former world heavyweight champion Wladimir Klitschko claimed the WBA should replace AIBA as the body responsible for organising boxing at the Olympics.

It followed the WBA, founded in 1921, calling on the IOC to recognise it to be "part of the Olympic Movement to help athletes work for their dreams".

The WBA also claims it was the "was the first organisation to reach out to AIBA, before the controversy broke out, to advise them regarding professional boxing and to cooperate for the inclusion of professional athletes in amateur boxing".

The WBA's declaration came when boxing's place on the Tokyo 2020 programme was plunged into doubt by the election of Gafur Rakhimov, described as "one of Uzbekistan's leading criminals" by the United States Treasury Department, as AIBA President.

The IOC consistently claimed that there would be a boxing event at next year's Games with or without the involvement of the embattled worldwide governing body.

Now AIBA has been suspended – a decision taken after the IOC claimed the current situation of AIBA "is such that its practices and activities continue to fall short of full conformity and compliance with the Olympic Charter and the IOC Code of Ethics – attention has turned to who will help organise the tournament.

Uncertainty remains for boxers, however, as exact weight categories for the men's and women's events have not yet been confirmed.

There will be a reduction in men’s categories from 10 at Rio 2016 to eight at Tokyo 2020, which will allow for the rise from three women’s divisions to five.

The IOC has set a deadline of the end of next month for this to be put in place, while a review of quota places will also be carried out.

The decision from the Executive Board has to be ratified by the IOC Session in Lausanne next month but this is expected to be a formality.

AIBA has been given hope that it can regain its recognition after Tokyo 2020, with its progress due to be assessed by an IOC Monitoring Committee consisting of the members who led the initial inquiry.