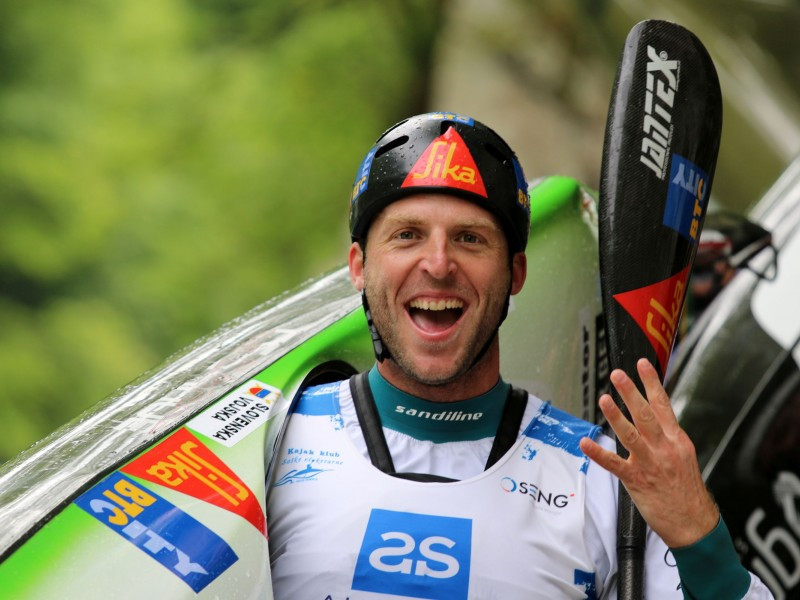 The 35-year-old decided not to start the classic events earlier this week due to having broken ribs, but he competed today with the help of painkillers.

He clocked a winning time of 55.60sec on River Soča, where he learned to paddle.

"It was a chaotic week," said Žnidarčič, who was also the sprint champion in 2013 when River Soča last hosted the ECA Wildwater European Championships.

"I trained the whole year for this Championships and a day before the race I injured myself.

"I was able to paddle with a help of painkillers because the pain was not so bad as in the first two days.

"I had a superb run today - it would be difficult to repeat it.

"The best thing is when you win at home and I managed to do it on Soča River for the second time."

Anže Urankar, another Slovenian, picked up the silver medal in 57.50.

The second win of the last day went to Italy's Cecilia Panato in the women's canoe sprint final.

Her time of 1:11.89 saw her successfully follow up her victory in the women's canoe classic race on Wednesday (May 15).

Czech Republic's Marie Nemcova was the silver medallist in 1:12.55, while France's Elsa Gaubert came third in 1:13.00.

It was also an excellent day for France's Tony Debray and Louis Lapointe.

The French duo clocked an unrivalled time of 1:00.78 in the men's canoe double sprint, edging compatriots Stéphane Santamaria and Quentin Dazeur by 0.39 seconds.

Czech Republic's Daniel Suchanek and Ondrej Rolenc were 2.69 seconds off the pace in third.

Among the winners on the opening day of action on Wednesday was world champion Simon Oven, who led a Slovenian one-two finish in the men's kayak classic ahead of Urankar.

Oven crossed the line in 16:49.54 to earn him a winning margin of 11.53 seconds over the sprint specialist.

Czech Republic's Adam Satke was 12.93 seconds behind in the bronze medal position.

Day two was dominated by the Czechs as they triumphed in all three team classic races.

Martina Satková, Anežka Paloudová and Klára Hricová won the women’s kayak event in 19:17.52, while Satke, Karel Slepica and Kamil Mružek prevailed in the men's equivalent in 17:31.46, and Rolenc, Slanina and Marek Rygel lived up to their billing as favourites in the men's canoe competition with a win in 19:46.16.