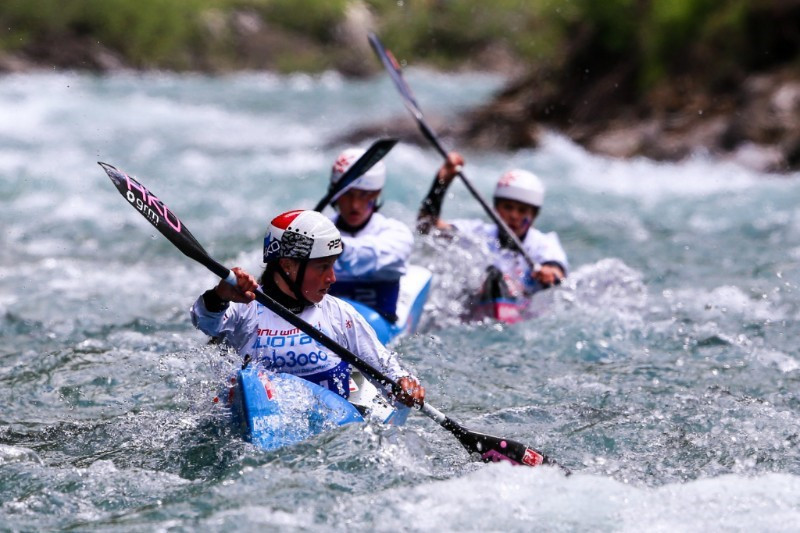 Satková won two individual events yesterday and continued her dominant form as she teamed up with Anezka Paloudova and Barbora Dimovova to top the podium in the Swiss city.

The Czech trio finished in a time of 13min 9.49sec, nine seconds quicker than France, who ended the event with the silver medal.

Bronze was secured by hosts Switzerland.

Ondrej Rolenc continued both the success for the Czech team and his own winning ways at the event as he earned his second title of the Championships.

Rolenc partnered with Marek Rygel and Antonin Hales to win the men's C1 team gold medal in a time of 13:14.88.

Germany came second and France rounded out the podium to take bronze.

The Czechs went within 0.07 seconds of making it a clean sweep in the team events, with the French trio of Paul Graton, Paul Jean and Maxence Barouh edging out Adam Satke, Filip Hric and Karel Slepica in the men's K1.

The French team completed the course in 12:23.50 to secure the title, with the Czech team having to settle for silver.

The heats of the sprint races are due to be held tomorrow before finals take place on Sunday (June 3).