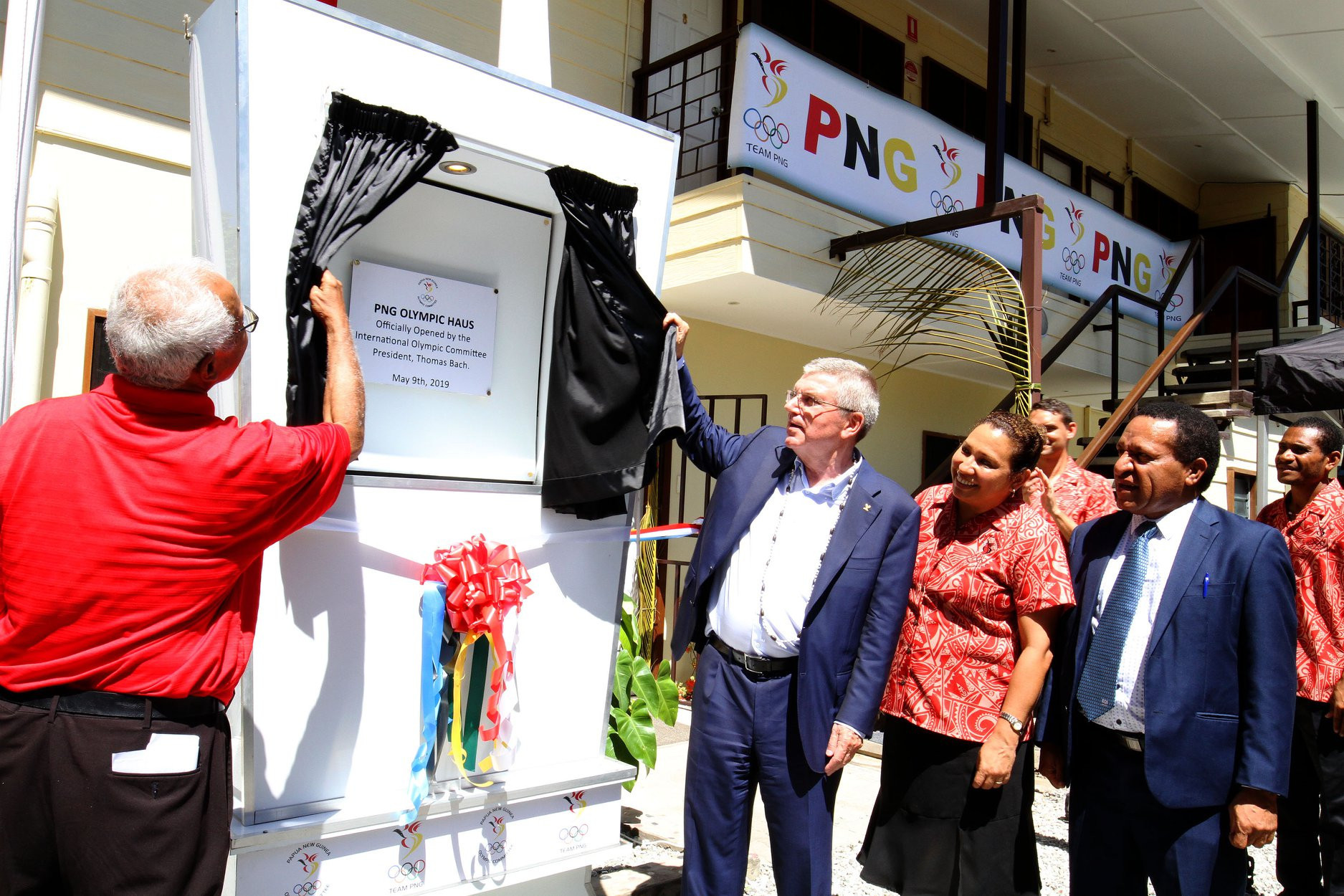 Bach made the trip to view sporting facilities, to see where IOC funds had been allocated and to address the needs of each NOC.

He had been in Gold Coast in Australia for SportAccord Summit, also attending an Australian Olympic Committee Annual General Meeting for the first time.

From there he went to Papua New Guinea (PNG) for a day, as reported by Loop PNG.

It was Bach's first visit to the country, 10 years on from his predecessor Jacque Rogge's visit.

The trip included a tour of Taurama Aquatic and Indoor Centre, the official opening of the PNG Olympic Haus, a meeting with Prime Minister Peter O'Neill and the witnessing of the signing of a Memorandum of Understanding between the PNG Olympic Committee and PNG Sports Foundation.

Bach left the country impressed with what he had seen.

"I see the diversity of the country is united by sport and how much spot contributes towards society here in PNG," he said.

"We can also see the enthusiasm with determination of Team PNG and many athletes so you can be proud of being a real Olympic country."

The President then spent 24 hours on Guam, as reported by Pacific Daily News.

“We have not been disappointed,” Bach said.

“To the contrary, what we have seen here is beyond our expectations.

He had also visited Palau on his tour, whose NOC was celebrating its 20th anniversary.

He then travelled to Hong Kong.