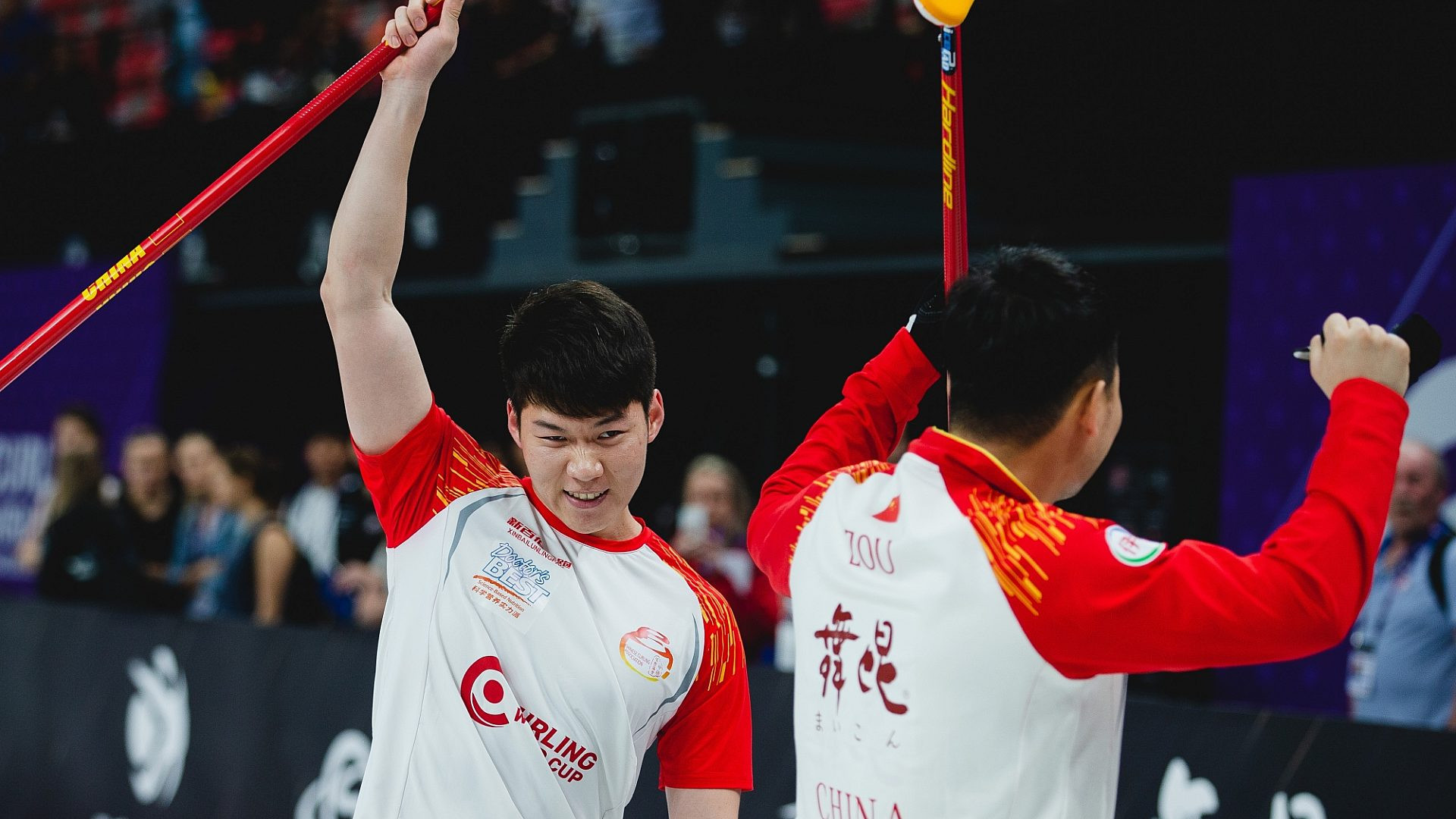 In the city that will stage curling  at the Beijing 2022 Winter Olympics, China’s men earned a place in tomorrow’s final at the Curling World Cup Grand Final in astonishing fashion.

Team Zou Qiang of China qualified after snatching a dramatic 4-3 victory over Team Matt Dunstone – Canada 1 – in their final round robin match in front of a packed home crowd at Shougang Arena.

They will now meet Canada 2 – skipped by Kevin Koe.

Earlier in the day, the Chinese quartet had given themselves an outside chance of progressing by defeating the United States’ Olympic champions, Team John Shuster, 6-3.

As well as needing to win their final game, China also required Sweden’s world champions, whom Canada 1 had beaten 4-3 in the morning session, to lose again in their final round robin game against the United States.

“After we got off to a good start beating Sweden, we kept calm and did a really good job to stay within themselves.

“If you had told them two weeks ago they would be in the final, they would need convincing.

“The crowd were fantastic at the end.”

Canada’s Team Kevin Koe produced an equally dramatic, if less loudly celebrated feat on a day when they needed to win both their matches to have a chance of going for gold.

They beat Norway, skipped by Thomas Ulsrud, 4-3 in the morning, and then defeated Scotland 7-6.

On the topic of playing the hosts in the final, Koe said: “It’s great for China and their country, as well as curling.

“They are playing well with such a tough pool and they beat everybody in it.

”It will be a really nice to finish the year with a massive win.

“If we get off to a good start through four, I really like our chances of making the key shots.

“The Curling World Cup has been awesome with great fields, venues and lots of money.”

Despite losing both their games in the women’s event on day four, Canada – Team Jennifer Jones – and world champions Switzerland – Team Silvana Tirinzoni – will meet in tomorrow’s gold medal match.

The Canadians lost 7-4 to China and 6-5 to the United States, while the Swiss rink were defeated 7-5 by Olympic champions Sweden and 7-6 by South Korea.

Russia’s Team Sidorova were awarded the bronze medal following their 8-6 win over South Korea and subsequent 8-3 victory over Sweden.