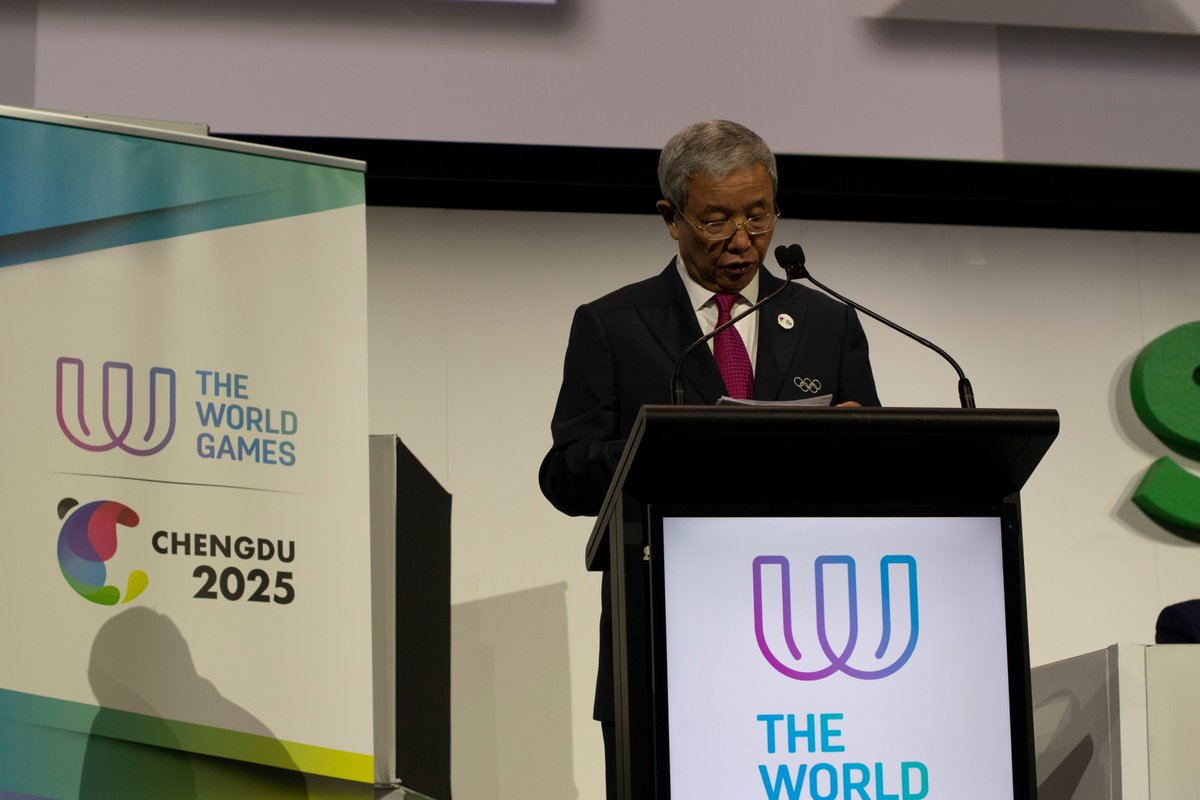 Chengdu has been officially been confirmed as the host city of the 2025 World Games, the 12th edition of the multi-sport event.

The Chinese city the sole bidder for the event, making the confirmation at the International World Games Association (IWGA) General Assembly here today effectively a formality.

The World Games is the second multi-sport event secured by Chengdu in recent months following the city being awarded the 2021 Summer Universiade in March.

It will be the third time the World Games will take place in Asia.

The decision to award Chengdu the Games was taken at the IWGA Executive Board meeting yesterday, with the decision ratified at a full gathering of the IWGA membership during a meeting held alongside the SportAccord Summit.

Chengdu revealed they plan to stage the event from August 7 to 17 in 2025.

IWGA vice-president Max Bishop outlined how the the organisation had been forced to alter their bid process.

Initially the IWGA had held discussions with potential applicant cities in six countries, but none had lodged a bid by the deadline of July 31 last year.

This led to a change in strategy in November, when countries and cities were identified and approached by the IWGA over potentially hosting the Games.

Chengdu were ultimately approached with the Chinese city lodging a bid book in February, with Bishop and IWGA chief executive Joachim Gossow leading a delegation on the visit the following month.

IWGA officials praised the superb venues, experienced personnel and accommodation in Chengdu, while they secured agreements over areas of concern, such as the sport programme, allocation of venues.

The sport programme is expected to be confirmed following the 2021 World Games in Birmingham in the United States.

"By signing a contract with one of the most forward-looking and dynamic cities in China, we have signalled our arrival as a major power in international sport," José Perurena, the IWGA President, said.

"Following our 2021 event in another great country, the United States, we are excited now to start work with our Chinese partners on plans for 2025."

Delegates were shown a presentation of Chengdu, a city with 20 million inhabitants and the capital of Sichuan province.

Organisers also revealed their logo which was bade on the "C" of Chengdu, with the addition of a panda ear in recognition of the animal the city is famous for.

Chengdu is set to host several other multi-sports events, including the World Police and Fire Games, as well as the 2021 Summer Universiade.

"Chengdu highly appreciates the concept of the IWGA and believe that it is in line with Chengdu's development philosophy," Luo Qiang, the Mayor of Chengdu, said.

"We are confident that, under the guidance of the IWGA and the support from the Chinese Olympic Committee and governments of all levels, Chengdu can offer the world a successful and excellent World Games, a precious legacy to Chengdu and The World Games and FISU Summer Universiade, in the next few years."

Perurena confirmed he held held a meeting with the International University Sports Federation (FISU) over collaboration, with both organisations set to stage major events in Chengdu.

He claimed the cooperation would lead to a legacy for the city.

"We spoke with FISU two days ago and we discussed the possibilities of using venues and our experience," Perurena said.

"It would also be good for the city to use the facilities of the Universiade.

"We have many possibilities."

Officials from Birmingham 2021 also presented a progress update at the General Assembly today.

They confirmed men's lacrosse would be included on the programme, in addition to the women's event.

Both duathlon and wheelchair rugby have also been added for the Games.