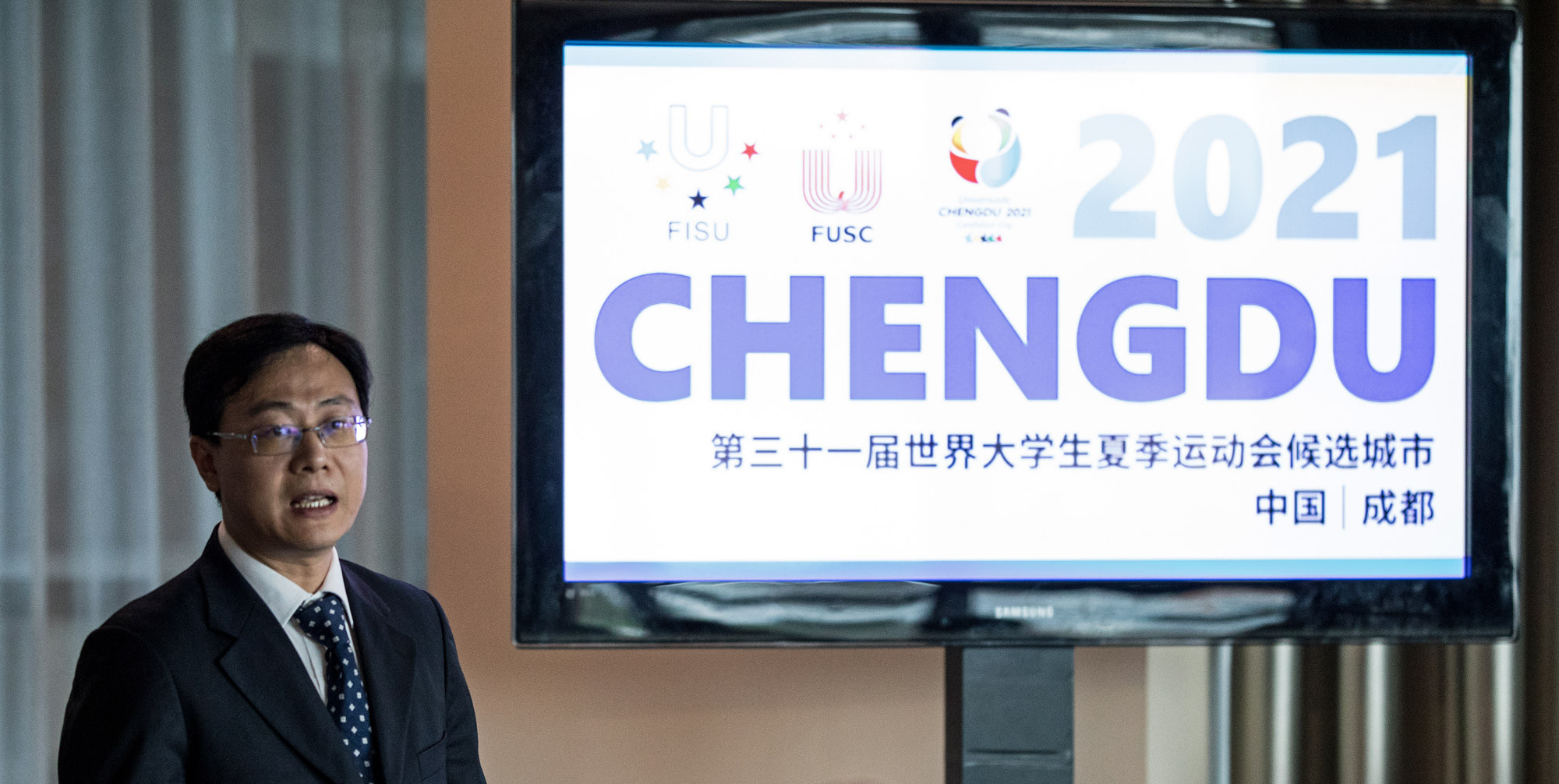 Chengdu seems certain to be named as the host city of the 2021 Summer Universiade.

A delegation from the Chinese city attended a meeting of the International University Sports Federation's Steering Committee in Braga in Portugal today.

Luo Qiang, the Mayor of Chengdu, was among those to attend the discussions where the 2021 event was top of the agenda.

An inspection visit is now planned for January before the bid is presented for formal approval by the FISU Executive Committee at its next scheduled meeting between February 28 and March 1.

This will take place before the Krasnoyarsk 2019 Winter Universiade gets underway on March 2 in the Russian city.

Although not officially confirmed, Chengdu is the only candidate for 2021 and the parties have signed a "pre-attribution contract".

It means the Chinese bid can take their first steps towards hosting before their candidacy is rubber-stamped in Krasnoyarsk.

FISU President Oleg Matytsin has also spoken glowingly about their application and as if it is a done-deal.

"It was a great honour to have the Mayor of Chengdu, Mr Luo Qiang, and his colleagues join us here in Portugal to share their vision for hosting the 2021 Universiade," Matytsin said.

"Clearly Chengdu is a city with both a rich history and a bright future.

"We feel very privileged to have the opportunity to be a part of that future, bringing the best student athletes from all over the world to Sichuan's capital."

Chengdu would be the third Summer Universiade host in China in two decades, after Beijing in 2001 and Shenzhen in 2011.

"Twenty per cent of the world's university students are in China, and the national university sports federation has a clear and proven capability to host student sports events of the very highest quality, even at relatively short notice," Matytsin added.

"We have no doubt that Chengdu 2021 will prove to be an exceptional Universiade that will make a lasting and very positive impression both on the participants and the city itself."

The capital of Sichuan province in central China, Chengdu is known as the home of the giant panda due to a breeding centre in the city and a nearby nature reserve.

"Chengdu is a city that is open to the world," Luo added.

"Chengdu is also a city that has embraced young people and sport, both for new sporting practices and for more traditional events.

"And Chengdu is also an important centre of learning.

"We very much look forward to bringing all these elements together in a harmonious way, so that the young people who come here in 2021 return home having satisfied their sporting ambitions and with greater understanding that will serve them for many years."

Italian city will host the next Summer Universiade next year.