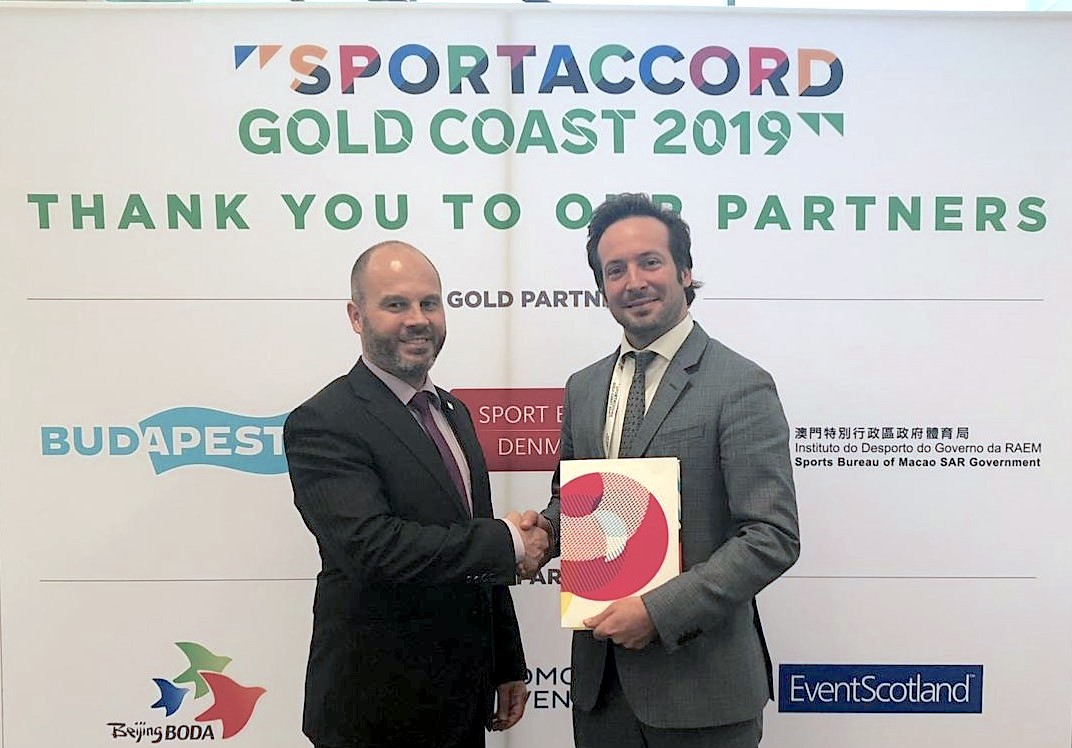 International Weightlifting Federation (IWF) have completed the second part of an agreement with the International Testing Agency (ITA) in a move effectively clinching the sport’s full inclusion on the programme for the 2024 Olympic Games in Paris.

Weightlifting’s place at had been conditional owing to continued concerns with the sport's doping record.

The International Olympic Committee Executive Board ruled last month the sport would feature on the Paris 2024 programme, with the conditional status lifted automatically when the update agreement with the ITA was signed.

The IWF signed an agreement with the ITA, a new umbrella drugs-testing body which became fully operational last year, in November and it came into force in January.

It mainly focused on the IWF's out-of-competition testing but also included detailed risk assessment, test distribution planning and management, therapeutic use exemption management and support with regard to the IWF’s education initiatives.

The latest agreement, signed during SportAccord Summit here, will with the ITA control in-competition testing, management of the IWF athlete biological passport programme and result management.

The long-term storage and re-analysis of samples will also be handled by the organisation.

"The IWF is already widely considered to be at the forefront of anti-doping efforts in sport, thanks to its efforts and innovations in testing, Olympic qualifying, education and more," Benjamin Cohen, the ITA director general, said.

"We are grateful for the opportunity to add to these efforts and innovations with the ITA’s expertise.

"I am confident that our partnership will deliver for clean weightlifting all around the world."

The IWF claimed the agreement shows their commitment to protecting clean athletes and promoting clean sport.

They are confident it builds on consistent improvements made by the on the part of the governing body and its Member Federations, with the support of the IWF Clean Sport Commission, the World Anti-Doping Agency and IOC.

"The IWF is very happy to have the ITA alongside us and enhance our existing partnership.

"The IWF is rightly proud of its efforts to ensure clean sport and we look forward to having the ITA help extend those efforts."

The IOC Executive Board praised the "comprehensive work" carried out by the IWF back in March.

This included the governing body establishing a qualification criteria for Tokyo 2020 punishing nations with multiple positive drugs tests by restricting the amount of athletes they can send to the Olympic Games.

The IOC Executive Board also admitted it had taken note of Thailand agreeing to ban itself from this year's IWF World Championships, which the country is still hosting, and next year's Olympic Games in Tokyo after eight of the nation's team at last year's event in Ashgabat, tested positive, including three women who won gold medals there.

The so-called "Tbilisi decision", where nine countries were suspended for a year by the IWF after having had three or more Olympic positives in the Beijing 2008 and London 2012 retests, was also highlighted as a success by the IOC.

IOC sports director Kit McConnell had warned, however, that they would continue to monitor the IWF's implementation of the conditions outlined for weightlifting to remain on the programme.