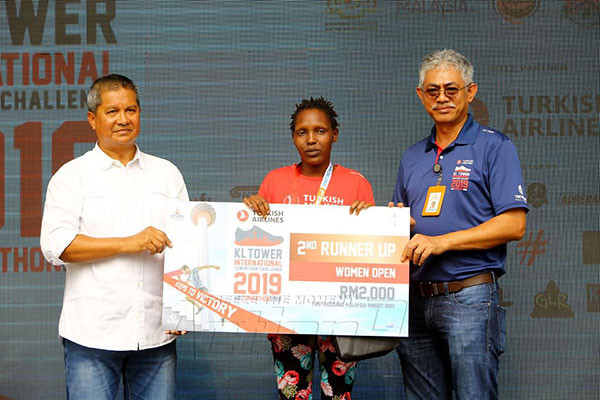 An investigation has been launched in Kenya after a banned runner competed in a race in Malaysia.

Irene Jeptoo Kipchumba, banned for two years in September 2017 and whose suspension is not due to end until later this year, took part in the KL Tower International Towerthon Challenge last weekend.

The race, which involved running up 2,058 stairs, was won by compatriot Ann Njihia, with New Zealand's Danielle Nanty third.

The Anti-Doping Agency of Kenya (ADAK) and Athletics Kenya are to look into the circumstances of how Kipchumba, suspended for using the banned anabolic steroid Prednisolone, was allowed to run.

"But it would mean the event organisers did not follow the established protocol since our National Anti-Doping Organizations (NADO) had made the sanction public both to IAAF and World Anti-Doping Agency."

Athletics President Jackson Tuwei promised to take action against Kipchumba, which could face an extended suspension.

"We shall seriously follow up the conclusion," he told The Daily Nation.

"Let us work together to eradicate this menace."