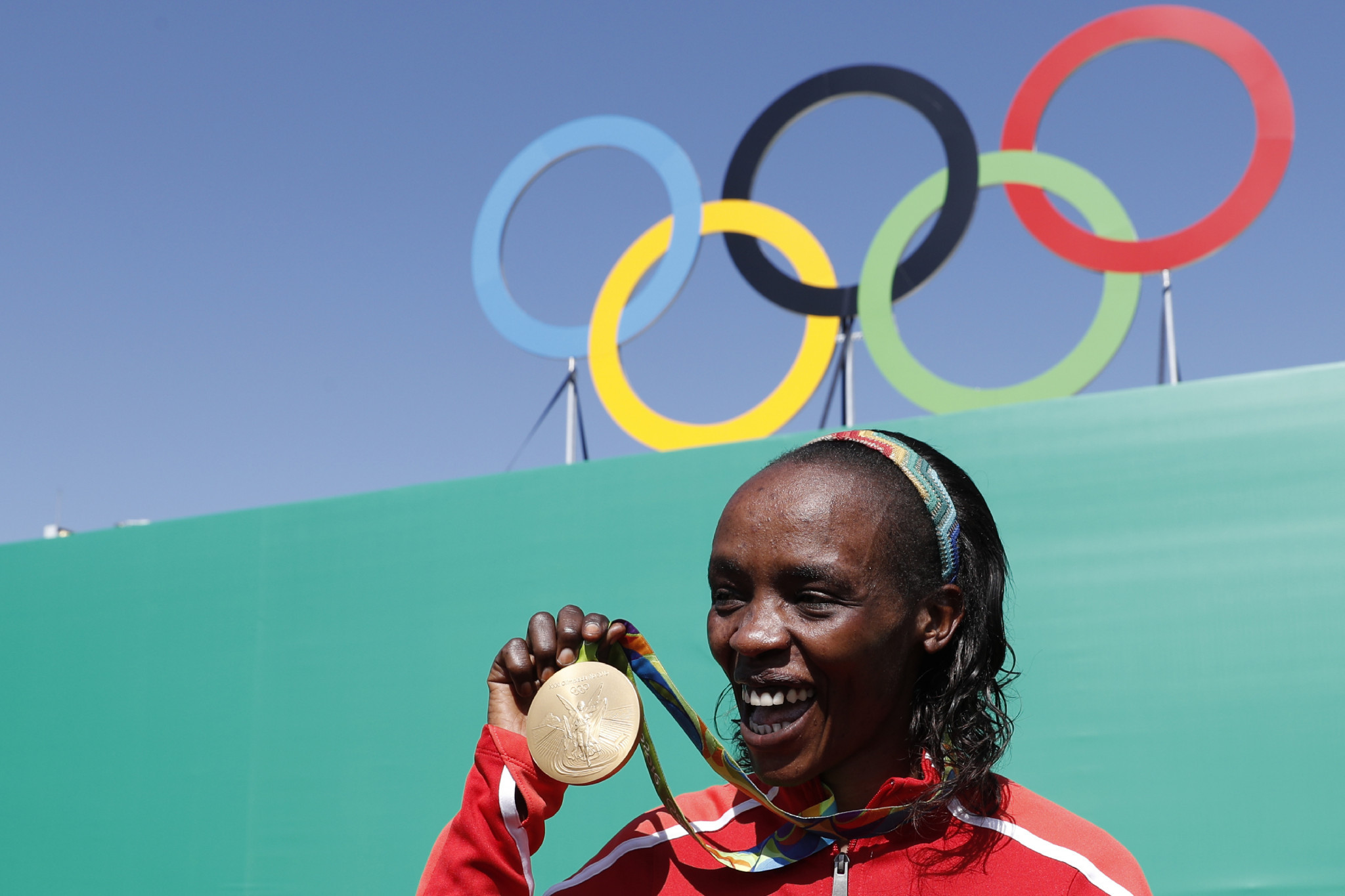 Olympic marathon champion Jemima Sumgong has had her doping ban doubled to eight years after "compelling evidence" the Kenyan had submitted false medical documents to a tribunal.

Sumgong had received a four-year ban in 2017 following a positive test for the banned blood booster erythropoietin (EPO) on February 28 that year.

The Rio 2016 women’s marathon gold medallist had claimed she had been given a blood transfusion at the Kenyatta National Hospital on February 23 for an ectopic pregnancy, asserting she had also received other unknown medications by an unidentified doctor.

Sumgong stated that it was unfortunate offence and unintended.

The Anti-Doping Agency of Kenya requested information from the hospital concerned, with their acting head of department for reproductive health responding by stating the athletes had not visited or been treated on the dates.

The doctor alleged the document provided was "not authentic", adding that a manual and online search of hospital records should there was "no indication the above named had ever been seen and treated at the Kenyatta National Hospital".

It was also revealed that all patients who have been operated on for an ectopic pregnancy would have required a four-day stay at an acute gynaecology ward.

The doctor added that the use of an EPO injection was "not a standard practice" in the management of a ectopic pregnancy at the facility.

Sumgong, however, was confirmed to have visited the hospital in April to seek a second opinion concerning treatment for an ectopic pregnancy she had had in 2009, when she had been treated in Rwanda.

She did not undergo any testing and was not prescribed medication, according to the doctor.

Sumgong was also unable to provide proof she had been in Nairobi on the dates stated, with her whereabouts records indicating she was in Kapsabet, over a five-hour drive away.

"To put the matter colloquially she couldn’t be in two places at once," Michael Beloff , chair of the Athletics Integrity Unit (AIU) tribunal, wrote.

The Kenyan was deemed to have committed a second anti-doping violation, with the offence viewed as "tampering with a doping control".

As a result, she was handed a further four-year ban.

"We welcome the decision of the Disciplinary Tribunal," said Brett Clothier, head of the AIU Unit.

"We hope that it sends a message to dopers that the AIU has strong investigative capabilities and does not tolerate false evidence in doping cases.

"We also want to underline the vital support of AKAD in pursuing this case.

"They are a valuable partner in the fight against doping in Kenya."

Sumgong became the first Kenyan female to win Olympic gold in the marathon back at Rio 2016.

She also won the London Marathon in 2015.