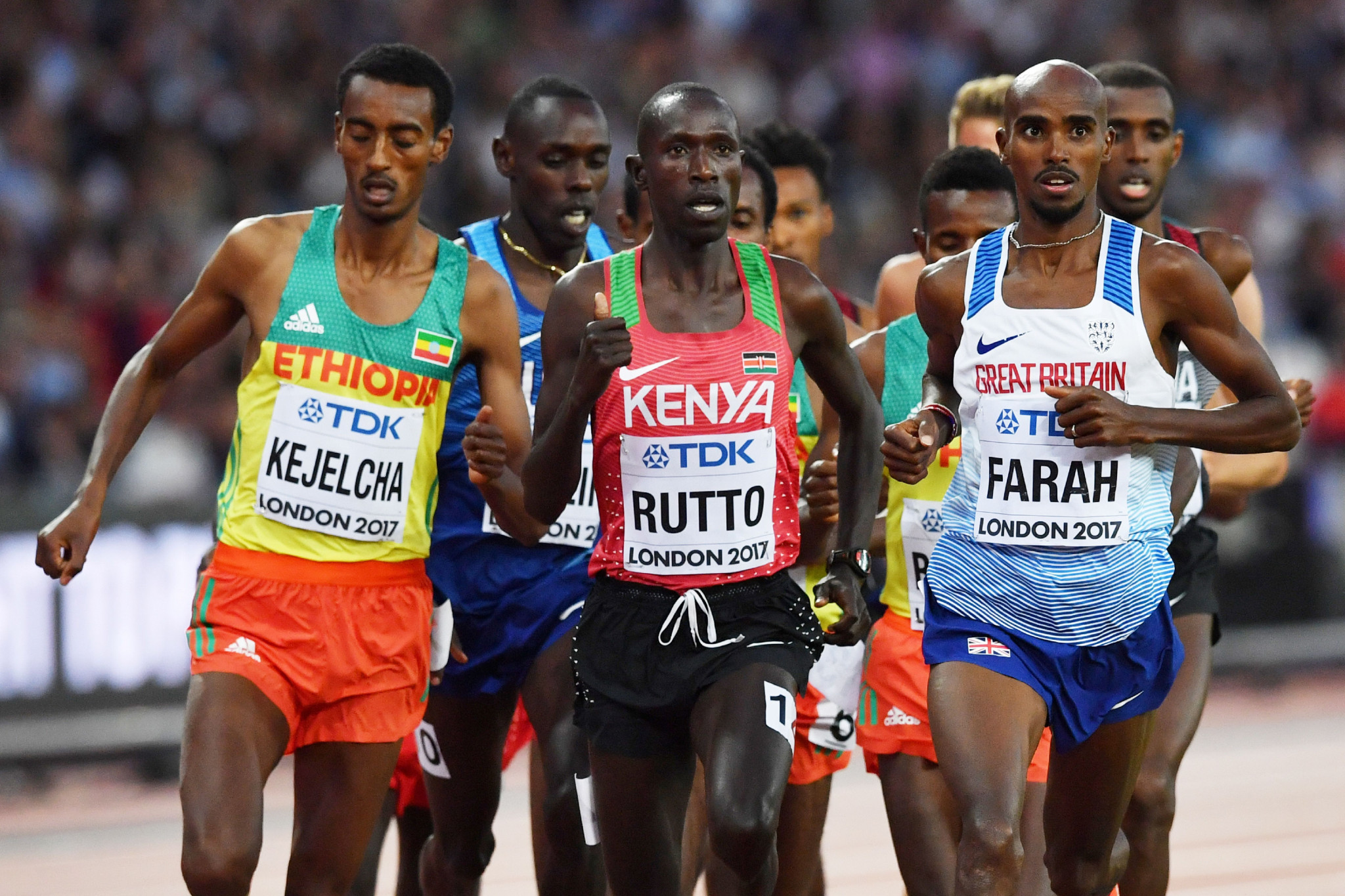 Cyrus Rutto has become the latest Kenyan distance runner to be provisionally suspended in a doping case.

The International Association of Athletics Federation's (IAAF) Athletics Integrity Unit (AIU) has charged Rutto with "use of a prohibited substance or method" based on evidence from his Athlete Biological Passport (ABP).

Rutto finished 13th in the 5,000 metres final at the 2017 IAAF World Championships in London.

The 26-year-old is ranked 15th in the world in the event.

Several Kenyan athletes are suspended for anti-doping rule violations, while the IAAF included the distance-running superpower on a list of nations most at risk of doping in July 2018.

In February, Sarah Chepchirchir was provisionally suspended by the AIU.

Chepchirchir had been a training partner of Rio 2016 Olympic marathon champion Jemima Sumgong, her sister-in-law, who is serving an eight-year drugs ban, under Italian coach Federico Rosa.

She was charged under article 2.2 of the World Anti-Doping Agency (WADA) Code following an alleged ABP breach.

She had received a four-year ban in 2017 following a positive test for the banned blood booster erythropoietin on February 28 that year.

Her sanction was doubled after the AIU found there was "compelling evidence" she had submitted false medical documents to a tribunal.

The country’s recent doping woes prompted WADA to investigate with a report outlining several concerns over the structures in place.

WADA said, however, that there was no evidence of institutionalised doping.