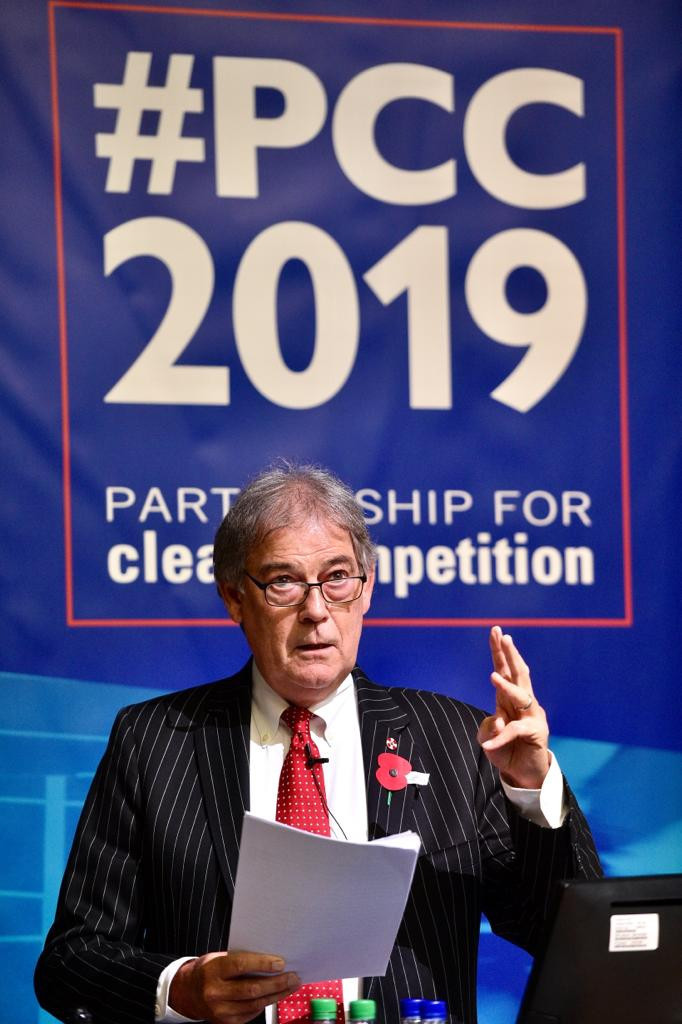 Anti-doping is stuck in the past and a rethink of the system is drastically needed, former World Anti-Doping Agency (WADA) director general David Howman has claimed.

Howman, who worked for WADA from 2003 to 2016 and is now chairman of the Athletics Integrity Unit, made the remarks in a candid opening address at the Partnership for Clean Competition (PCC) Conference in London this week.

The New Zealander said changes were required if the system was to achieve its main aim of catching drugs cheats.

Howman, a vocal critic of WADA in the fallout of the Russian doping scandal, said some of the processes, such as urine testing, are almost the same today as they were in the 1970s.

According to Reuters, Howman also claimed it was easy for athletes to deceive urine tests.

"We all know urine analysis has not advanced much," he said.

"We're still in a position where we're getting the same number of positive cases each year and many of them are in the category of what I call the 'dopey dopers' – the inadvertent dopers, or the ones who are just darned stupid.

"We've worked out other ways of doing forensic science in terms of solving crime.

"Why aren't we doing something more innovative?

"My worry is that we still do it because it's the way to build up numbers, not the way to catch the cheats.

"There's a misguided view that perhaps it's deterring people.

"Well, it's catching the stupid ones because they just are stupid.

"But it's not catching the real cheats."

Today, in London, with royal baby fever abounding, we're welcoming our own #antidoping royalty. The who's who of the Clean Sport Community descends on London for the go-to event. #PCC2019

Increased representation for athletes was among the other issues covered at the conference, held at King's College London.

A number of predominantly-Western athletes have spoken out in recent months to demand an increased say in decision-making in areas including anti-doping.

Scott and the WADA Athlete Committee are assessing how this can be done within WADA after it established a working group last year.

A package of governance reforms approved by WADA in November did not include adding additional athletes on to the Foundation Board and Executive Committee.

"There has been an unignorable shift in athletes really coming together and a prevailing feeling that we, the athlete community, have the opportunity to effect change for how anti-doping is run," said Goucher.

"Until now, we’ve wrongly feared speaking out but now athletes are being emboldened to put across their view and finally it is starting to be heard."

Sports lawyer Mike Morgan warned, however, that the viewpoint of athlete groups was "too fragmented".