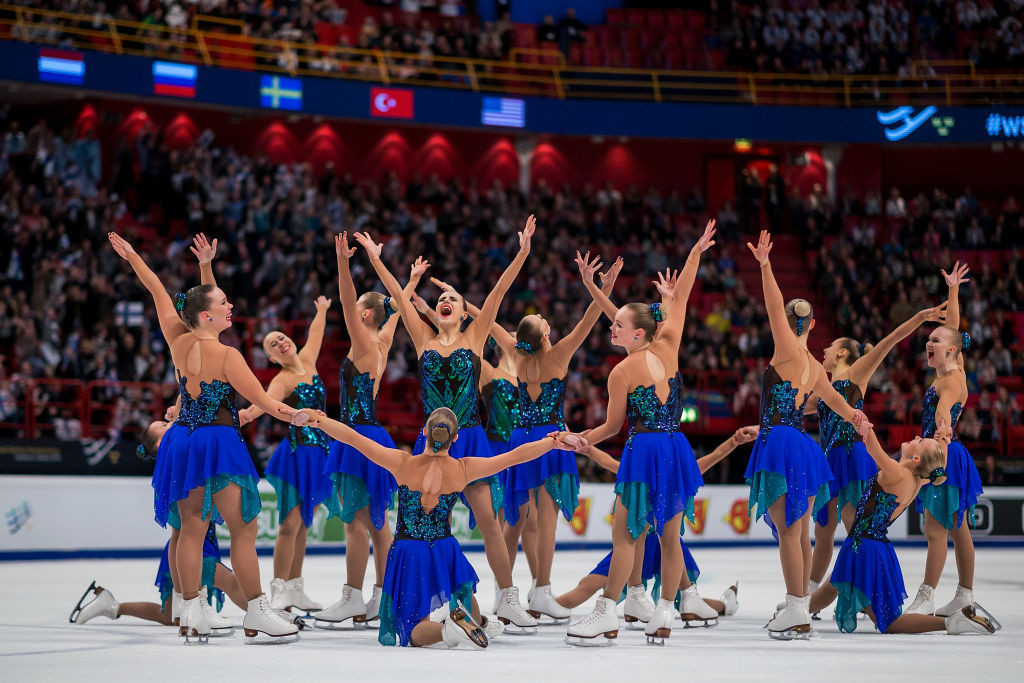 But they face tough competition at Helsinki Ice Hall from compatriots Helsinki Rockettes, as well as Russia’s two-time world champions Team Paradise, who had to settle for bronze last year.

Other contenders include multiple world medalists Nexxice, from Canada, and The Haydenettes, from the United States.

Also on the radar will be the up and coming squads of Canada’s Team Nova  and Team Tartastan of Russia.

Sweden has no entry this time round as last year’s silver medallists and multiple world champions, Team Surprise, have ended their career.

The Championships have been held since 2000 and Helsinki has hosted the event twice before, in 2001 and in 2011.

Finland tops the overall medal table with 23 medals, nine of them gold, followed by Sweden, who have 13 medals, and Canada, who have 12.

Tomorrow will see the staging of the short programme, which is a maximum of 2min 50sec long and consists of six required elements.